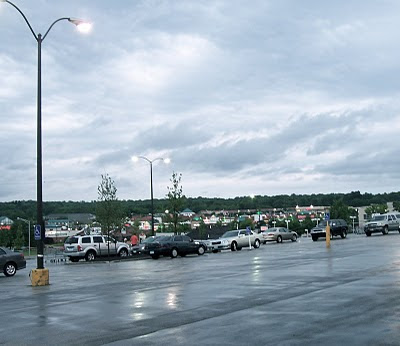 This is not a review of Rich the Factor's new album.

I'm not even going to link to it. I'm still agitated about my experience Tuesday. An hour after the advertised start time of his in-store at a retailer on Troost, the prominent Kansas City rapper and producer hadn't made an appearance.

I had planned to purchase his new album and attend his show that night at Club Zen. I probably would have elaborated on the kind remarks I made a couple months ago. Rich might not miss a writeup from There Stands the Glass, but he probably would have appreciated the attention from the more prominent sites that regularly swaggerjack the ideas and content featured here.

But if he doesn't care, I suppose I shouldn't either.


---
As long as I'm crying like a baby with an unchanged diaper, I'll note that There Stands the Glass was hit with another Google "DMCA takedown notification." The post in question featured a positive review of a young Canadian pop star with a ducky name. I linked to no MP3s and the image I featured was an original photograph. No matter. I presume the artist's management didn't even bother to look and my post and mistakenly assumed I was offering music illegally. And Google obviously didn't examine my post either.

---
I recently created an account at "free and legal" music retailer Guvera. It was a tedious and invasive process, but I managed to extract a couple full-length albums from the site. I like Guvera's potential.

The Avett Brothers play at Crossroads KC on Saturday.

Here's something that's never been written at There Stands the Glass: Aretha Franklin is coming to Kansas City. She'll appear Sunday at the Power & Light stage.

(Generic original image by There Stands the Glass.)
Posted by Happy In Bag at 6:29 AM

This DCMA crap is ridic. Is there no recourse or better to just suck it up I guess?

Since you asked this question, MPM, my review of Arturo Sandoval's album was taken down by Google for reasons unknown.

Do you get hassled at Wordpress? I really need to take TSTG elsewhere.

And again, if any powers-that-be are listening, I don't post MP3s. Leave me alone already!