Concert Review: Injury Reserve and Jpegmafia at the Encore Room 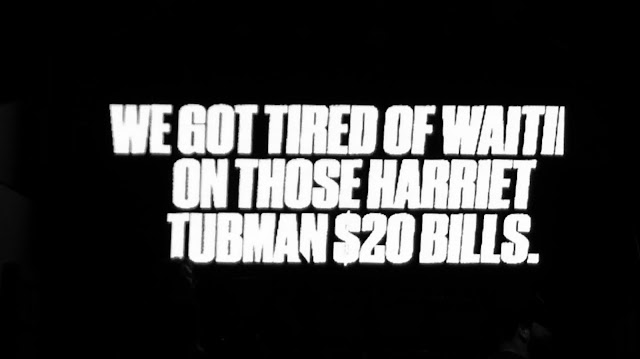 Two of Kanye West’s most accomplished artistic progeny performed in Kansas City hours after the incalcitrant star’s infamous tweetstorm made headlines on Wednesday.  About 150 noise-rap enthusiasts heard Injury Reserve and Jpegmafia respond to West’s latest outburst at the Encore Room while performing music inspired by Yeezus and 808s & Heartbreak.

Barrington DeVaughn Hendricks, the Baltimore man who performs as Jpegmafia, was apoplectic about the series of tweets in which West endorsed the current president.  Hendricks processed his disappointment in the man he admitted was “my favorite artist” by screaming the lyrics of songs including “Rock N Roll is Dead,” “I Cannot Fucking Wait Until Morrissey Dies” and “Baby I’m Bleeding” while surrounded by rowdy fans in front of the stage in an inflammatory 40-minute opening set.

“You guys are one of the few mosh pits to defeat me- you knocked me down,” Hendricks noted.

The Arizona trio Injury Reserve wasn’t quite as confrontational during an hour-long headlining outing that included special effects that resembled a budget version of West’s lavish stage shows.  An anemic blast of artificial snow showered Stepa J. Groggs on one song while snarky messages like the pictured statement flashed across video screens during others.

The visuals may have been scroungy, but first-rate renditions of Injury Reserve bangers like “Oh Shit!!!” and “See You Sweat” definitely helped make America great again on an extremely challenging day for hip-hop heads.

---
I note the passing of Luqman Hamza at Plastic Sax.

---
There was a time when I would have been smitten by Renee Rosnes’ Beloved of the Sky.  The pianist is joined by a cast of heavyweights (Chris Potter, Steve Nelson, Peter Washington and Lenny White) on the melodic mainstream jazz album.  Beloved of the Sky may be faultless, but the style doesn’t interest me in 2018.

(Original image captured at Injury Reserve’s show by There Stands the Glass.)
Posted by Happy In Bag at 1:46 PM No comments: 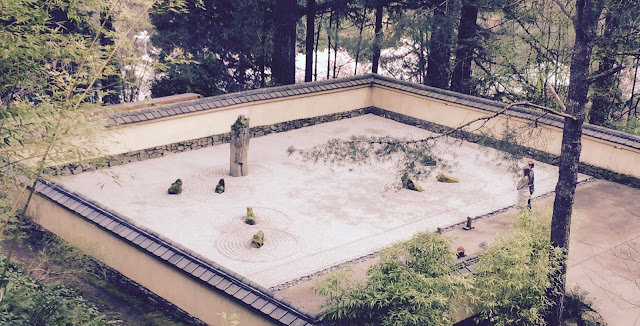 Eager audiences expected to hear a unified band firing on all cylinders.  The Final Tour: The Bootleg Series, Vol. 6 is the sound of disappointment.  A press release insists that the 220-minute collection showcases the “musical chemistry shared by Miles and Trane.”  What a laugh!

Davis and Coltrane are clearly at odds with one another.  Coltrane’s connection with the rhythm section is even shakier.  I’m on #teamtrane, but I understand how Coltrane’s lengthy and often dissonant solos could be construed as selfish grandstanding.  The band’s unwillingness or inability to respond with a corresponding sense of exploration is cringe-inducing.

The clearly audible responses of enraged fans seem misguided in hindsight, but the auspiciousness of the participants places these sessions among the most significant breaches of jazz’s accord with the general public.

---
“Groomed By the Block” is the best track on Kontra-Band, a collaboration between the Kansas City rappers Stevie Stone and JL.

---
I like J. Cole as a person but I don’t particularly care for his music.  Most of KOD is insufferable.

---
Sorrows & Triumphs may be too much of a good thing.  Edward Simon’s latest effort features a large cast of ringers including Brian Blade, Imani Winds, David Binney and Gretchen Parlato.  The result is aggravatingly fussy.

(Original image by There Stands the Glass.)
Posted by Happy In Bag at 6:08 PM No comments: 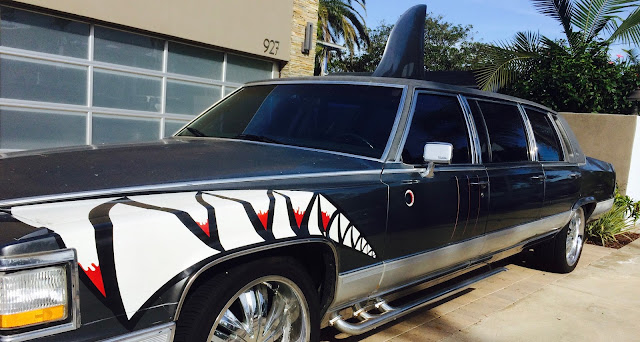 The Bay Area legend E-40 is responsible for some of the most outlandish music in hip-hop history.  Connected and Respected, a new album created with his cousin B-Legit, is worthy of his legacy.  The project’s funk is so elastic that the gangster theme on tracks including “Meet the Dealers” and “Boy” seem like harmless fun.  E-40’s hyperbolic flow and the gruff raps of B-Legit act as a relentless lyrical tag team on the compelling glorification of nefarious street life.

---
Lakecia Benjamin’s Rise Up is so gratifying that I don’t even object to the rendition of the Babyface/Eric Clapton hit “Change the World.”  A invigorating blend of smooth jazz, gospel, soul-jazz, hip-hop and R&B, Rise Up is my idea of a good time.

(Original image by There Stands the Glass.)
Posted by Happy In Bag at 2:48 PM No comments: 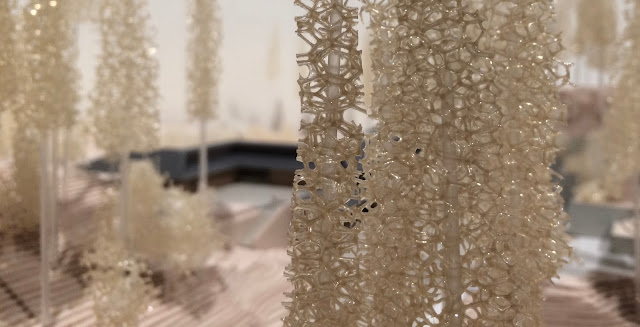 I’m at the center of the tiny target audience for Nordub, an unlikely collaboration between the reggae innovators Sly & Robbie and the jazz trumpeter Nils Petter Molvaer.  There can’t be more than a few thousand people who appreciate deep Jamaican dub and experimental Norwegian jazz.  Yet Nordub deserves an audience beyond a handful of oddball music obsessives.  The album’s colossal sonic landscape would appeal to admirers of Miles Davis’ electric bands as well as to intrepid listeners eager to hear the sound of tomorrow today.


---
I reviewed a concert by Bill Frisell, Thomas Morgan and Rudy Royston at Plastic Sax.

---
Proper appreciation of most Kool Keith-related projects requires being in the right frame of mind.  Dr. Octagon’s Moosebumps: An Exploration Into Modern Day Horripilation is no different.  Here’s the gloriously absurd “Flying Waterbeds”.

---
Sarah Shook & the Disarmers’ Years is a modest alt-country album that could have been released by Bloodshot Records in 1998.  RIYL: the Bottle Rockets, bottom shelf whiskey, the Meat Purveyors.  Here’s “Good as Gold”.

---
Dave Douglas & Joe Lovano Sound Prints combine their enormous talents on Scandal, a post-bop quintet date that I wish was just a couples notches further outside.

---
While Kurt Elling’s performances never fail to impress, his albums have never done much for me- until now.  The adult pop effort The Questions is like a marriage of Joni Mitchell and Frank Sinatra.

(Original image at There Stands the Glass.)
Posted by Happy In Bag at 8:43 AM No comments:

Toni, Chanté and I 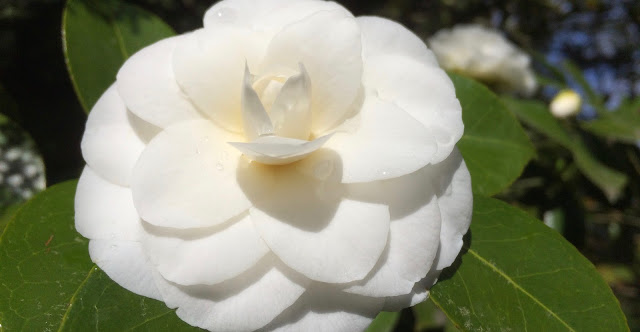 The durability of my marriage may be my greatest achievement.  I’m an extraordinarily lucky man, but successful long term relationships don’t happen by accident.

The love songs written and performed by mature musicians, consequently, resonate more deeply as I age.  Partly because it was released a few months before I married, Womack & Womack’s Conscious is one of my primary reference points for enlightened R&B.  I longed for- and succeeded in obtaining- the domestic bliss depicted on the album’s cover.  Two veteran soul singers reach for that lofty height on their recent releases.

Chanté Moore croons that “we grow different, as long as we don’t grow distant” on the opening selection of 1 of 4.   That’s the sort of truism that reflects my hard-won experience.  She adds that “we can make each other stay better if we just love” on the sultry “One Love.”  Four of the five tracks are savvy explorations of steadfast commitment.

Toni Braxton is far less content on Sex & Cigarettes.  The velvet-voiced star drops an f-bomb on the furious “FOH” and rages that “you’re not who you said you are” on “Sorry.”  Sex & Cigarettes isn’t  as compelling as her recent work with Babyface, but it’s an interesting examination of a form of middle-aged heartache that I’ve been blessed not to have experienced.


---
I created a five-minute audio feature about Mackenzie Nicole for KCUR.

---
I reviewed the Anat Cohen Tentet’s concert at the Gem Theater at Plastic Sax.

(Original image by There Stands the Glass.)
Posted by Happy In Bag at 12:33 PM No comments:

The promotional might of the #13 radio station in the Kansas City market and a nominal $5 cover for appearances by two dozen locally-based indie-leaning bands attracted just a few hundred people to 96.5 The Buzz’s Homegrown Music Showcase in the Power & Light District on Saturday afternoon.  The light attendance made bouncing between six stages a breeze during during the 150 minutes I spent at the event.  Two acts I hadn’t previously seen perform caught my attention.

The so-called supergroup Radar State played for a few dozen people who braved the chilly conditions at the outdoor stage in the courtyard of the entertainment district.  The grizzled veterans of the Anniversary, the Get Up Kids and the Architects sound precisely like their auspicious lineages would suggest.

Unfortunately, the quartet’s punchy three-minute songs were mangled by an abysmal mix.  A friend quipped that an inaudible guitar solo “looks like it sounds amazing.”  The band’s amusing banter between songs, consequently, was as appealing as its music.  After noting that his daughter was a fan of the California group Mom Jeans, Matt Pryor suggested that Radar State might be renamed Dad Jokes.

I still don’t have a handle on Jake Wells even after catching his entire set at McFadden’s Sport Saloon.  Is he the next Ray LaMontagne?  A low-rent Amos Lee?  An indifferent party bro who happens to possess a wonderful voice?  Beats me.  The indeterminate set by Wells and an overeager band included his minor hit “Rolls Like Thunder”, a tiresome cover of Oasis’ “Wonderwall,” a funny interpretation of Blackstreet’s “No Diggity” and a delightful reading of Lupe Fiasco’s “Superstar.”

(Original image of Radar State by There Stands the Glass.)
Posted by Happy In Bag at 2:02 PM No comments: 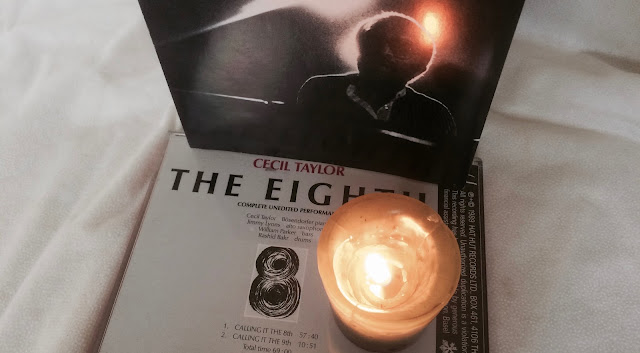 Many advocates of jazz laud the polite sophistication that’s often associated with the form.  Not me.  I first embraced jazz as a disaffected teen in the late ‘70s and early ‘80s.  Artists who possessed the same sort of disruptive energy, outrageous personas and penchant for abrasiveness as cutting-edge rock and R&B musicians provided my entry point into the music.  Aggressive new releases by Cecil Taylor, Anthony Braxton, Ornette Coleman, Sun Ra and the Art Ensemble of Chicago thrilled me almost as much as the latest innovations by the likes of Prince, Talking Heads, Rick James, the Clash and the Gap Band.  Only later did I come to appreciate the uptown elegance of Duke Ellington and the subtle beauty of Bill Evans.  My primary allegiance will always be with the noisy daredevils of jazz.  Taylor died yesterday.

(Original image by There Stands the Glass.)
Posted by Happy In Bag at 11:42 AM No comments:

I experienced an irregularity in the space-time continuum at Portland’s Crystal Ballroom last week.  Thick secondhand vape smoke and the bewildering elasticity of the dancefloor helped convince me that I was attending a Shadowfax concert in 1984 instead of an Emancipator show in 2018.  Each so-called ambient trip-hop song performed by a quintet led by Emancipator bandleader Doug Appling seemed little different from a dusty New Age jam.  My bout with astral projection still seems real several days later.  After all, it’s inconceivable that 1,500 status-conscious Oregonians with a median age of 25 would purchase $22 tickets to hear tranquilizing lullabies in the vein of Shadowfax, John Tesh and Yanni in 2018.


---
My most recent weekly concert previews for The Kansas City Star are here and here.

---
I recently featured Howard Iceberg and The Project H on KCUR.