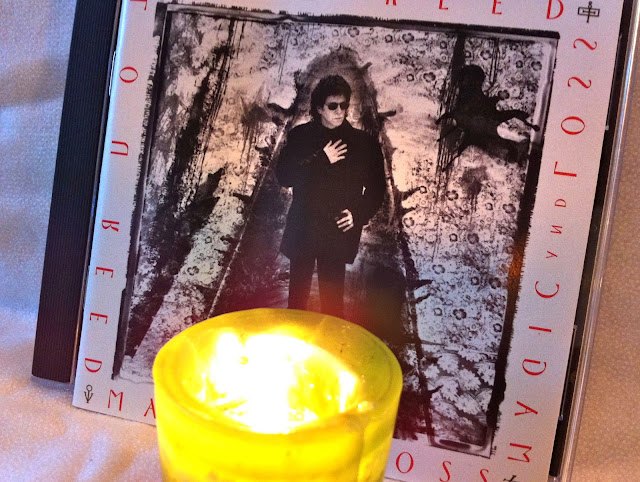 My introduction to Lou Reed was sloppy.  I bought cutouts of albums including The Bells, Take No Prisoners and Metal Machine Music at a record store at the Metro North shopping mall when I was a kid.  My initial response was understandable- "This guy's a jerk!"

Only when I absorbed the Velvet Underground's albums a few years later was I able to understand Reed's significance beyond those problematic albums.

The release of Magic and Loss in 1992 completely altered my perception of Reed.  The meditation on death was released when the Grim Reaper was wreaking havoc all around me.  Reed's new song cycle helped me come to grips with my grief and with my own mortality.

I've never waited for my man or kissed a he, but Reed's despairing songs on Magic and Loss speak directly to me.  In spite of Magic and Loss, I never stopped thinking that Reed was a jerk.  And I loved him just the same.


---
I reviewed Ricky Skaggs's collaboration with Bruce Hornsby at Yardley Hall on Friday.

---
The Kansas City-area debut of Vusi Mahlasela at Yardley Hall on Sunday thrilled me.  The South African known as "The Voice" performed a solo set of freedom songs.

---
My internet friend Pamela Espeland wrote a fascinating review of a Ginger Baker concert in Minneapolis.

---
Charles Bradley says the Eagles "saved my life" in his  "What's In My Bag? segment.

---
Here's something you don't see everyday- a video of a "cover photo shoot" for a jazz album that features partial nudity.  The inspirational twist makes it worth your while.  The footage is related to Ted Nash's new big band album Chakra, which is RIYL: The Jazz at Lincoln Center Orchestra, Charles Mingus, Steve Lacy.

(Original image by There Stands the Glass.)
Posted by Happy In Bag at 2:43 PM 5 comments: 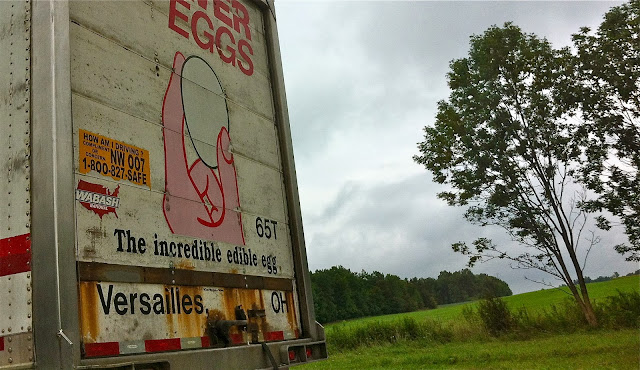 I've never been a big fan of the Innate Sounds vibe.  The flighty funk, scat-happy vocals and meandering jazz beats I associate with the label just aren't my bag.  Yet DNA, the new recording by sometime Innate Sounds artist Reggie B, instantly connected with me.  The 70-plus-minute recording is based on the foundations laid down by Prince, J Dilla and Roy Ayers.  The project also contains embellishments inspired by R. Kelly, Teddy Riley, Bob James and Bootsy Collins.  While derivative, the mix works.  DNA is one of my favorite albums of the year by a Kansas City-based artist.

---
Mac Lethal is in his wheelhouse in the In Other News segment for Pharrell Williams' channel.

---
Shame is the latest release by Mike Borgia & the Problems.

---
The EPK for the Robert Glasper Experiment's Black Radio 2 is exceedingly annoying.

---
I don't invest much time worrying about the ongoing debates related to the Rock and Roll Hall of Fame inductees.  Here are my five personal favorites- not the best or the most important artists- among the current batch of nominees: LL Cool J, The Meters, N.W.A., the Replacements and the Zombies.

---
Kansas City Click: My official picks are published here.  Also, "Am I Evil?" - you may or may not see me at the Diamond Head show tonight (October 22) at the Riot Room.

(Original image by There Stands the Glass.)
Posted by Happy In Bag at 11:07 AM No comments: 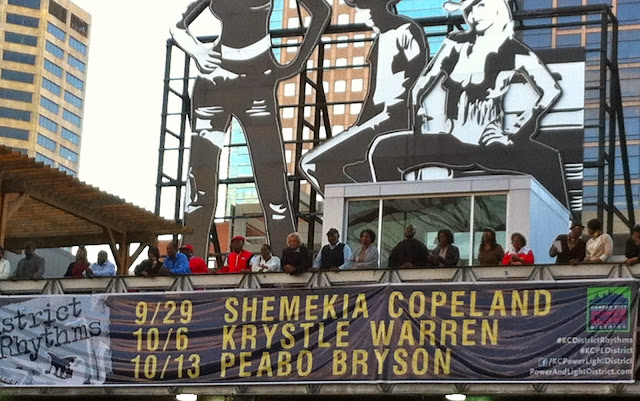 Ron Gutierrez's reputation as the Latin Luther received an enormous boost at the KC Live! stage in the Power & Light district on Sunday.  A woman standing next to me lost her composure during Gutierrez's spot-on rendition of Luther Vandross' "A House Is Not a Home."

Backed by a six-piece band, Gutierrez's versions of songs associated with Marvin Gaye, Al Green, the Spinners and the Commodores showcased his incredible voice.  By the time he closed his hour-long set with McFadden & Whitehead's "Ain't No Stoppin' Us Now," many in the audience of over 1,500 had forgotten that they had been waiting to hear Bryson.

I've had the good fortune to hear Gutierrez perform in a variety of contexts.  He appears at jazz clubs, has worked with ensembles led by the late Kerry Strayer including the Kansas City Jazz Orchestra and has become a go-to artist for National Anthem duties at professional sporting events.  He never fails to awe his audience.  Gutierrez isn't merely soulful.  His lustrous voice is impossibly pure.

After Sunday's star-making performance opening for Bryson, the Latin Luther may also come to be known as the Maxwell of the Midwest and Kansas City's Nat King Cole.


---
Philip Chevron of the Pogues has died.

---
Cowboy Indian Bear's new video for "Let It Down" is lovely.

---
Here's a video recap of Dancefestopia.

---
Approach made an 11-minute documentary about the making of his new album.

---
Marc Myers offers an inside peek at his interview with Ginger Baker.

---
I recently discovered a remarkable "music video" Jimmy Martin made for "20/20 Vision."

---
Gary Numan is an interesting cat.

---
A coffee table book about Houston's hip hop scene?  That's ridiculous.  But I want it.

---
Jill Scott is featured in a video from the Robert Glasper Experiment's forthcoming album.

Album Review: King Khan and the Shrines- Idle No More 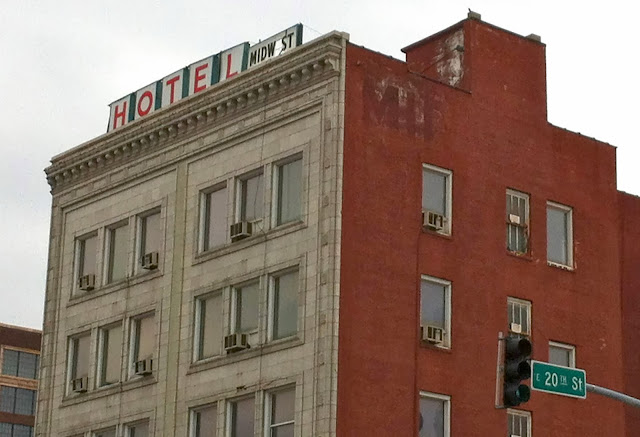 I have a hunch that Idle No More, the new album by King Khan and the Shrines, will come to be considered a classic recording.  The busy horn section and frenzied attack find precisely the right level of obstreperousness for a garage rock/R&B revivalist project in 2013.  Yet an album like Idle No More needs to be field tested. I haven't  the time, stamina or the cab fare to determine its true worth.  Initial clinical trials, however, indicate that it's a masterpiece of psychotic reaction.

---
Cheers! The Telegraph reports on the boozy state of the pop charts.

---
My cousin is featured in a Tiny Desk Concert.

---
Kneebody's new album The Line is RIYL: Snarky Puppy, the Project H, jazz nerds.  The band is cosigned by Luciana Souza, Meshell Ndegeocello and Brad Meldhau in its EPK.

---
Tyler, the Creator- not Miley Cyrus- embodies the zeitgeist.  Experience the many moods of "Tamale".

(Original image by There Stands the Glass.)
Posted by Happy In Bag at 10:39 AM 1 comment:

They Wasn't Satisfied Unless I Picked the Cotton Myself 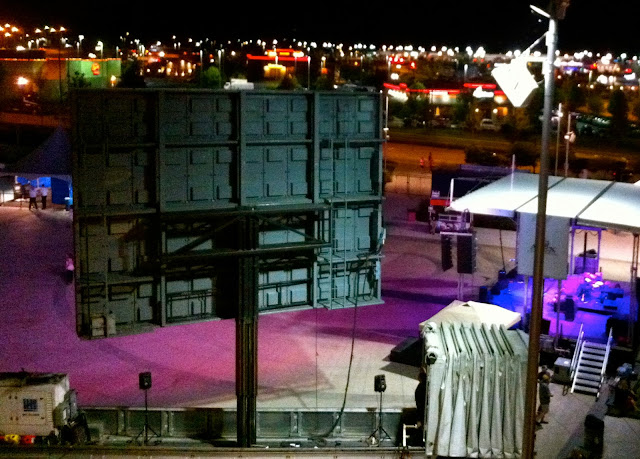 The ire directed at Kanye West following his loopy BBC interview annoys me.  West's eccentricities fuel his musical brilliance.  I've grown even more enamored of Yeezus since I raved about the album in June.  Besides, West's outlandish persona is nothing new.  I recently watched Soul Power, the fascinating documentary about the concert in Zaire that coincided with the so-called Rumble in the Jungle.  The film includes many provocative statements by Don King, Muhammad Ali and James Brown.  West is clearly in the same linage of great Americans.  "New Slaves" indeed.

---
The money line from Forbes' profile of the Strange Music empire- "merchandise, which totals roughly $6.1 million annually; music, which brings in about $6.5 million; and touring, which adds closer to $7 million."  (Link via Tony's Kansas City.)

---
A promotional video for the lowercase kansas hip hop showcase is interesting.

---
Henry Gray and Barbara Carr are the artists I'd most like to see at the 16th Blues Masters at the Crossroads concerts in Salina.  (Link via BGO.)

---
I'm infatuated with Las Kellies. The Argentine trio may be a glorious mess live, but the new album Total Exposure recalls Fine Young Cannibals, the Human League and Culture Club.

---
Moby openly confesses his love of Yes in his "What's In My Bag?" segment.  I appreciate his candor.

---
Christmas is coming. The goose is getting fat.

---
Kansas City Click: My official picks are published here.  And here's a promising late booking- Krystle Warren will perform Sunday at the KC Live stage in the Power & Light district.