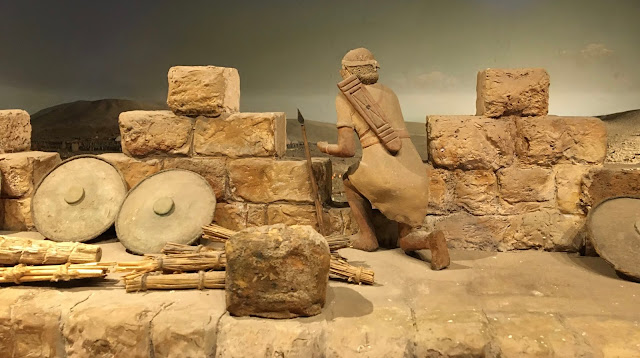 A deadly virus is inciting global panic, stock markets are in free fall and impending elections are problematic.  Only the most extreme sounds suffice in this perilous moment.  Kilter fuses the two of the most detested forms of music- doom metal and free jazz- on Axiom.  Naturally, I’m all about it.  The racket made by the New York trio on tracks including “Behind Your Door” and “Spherical Bastards” reflect the deeply troubled tenor of the times.

(Original image by There Stands the Glass.)
Posted by Happy In Bag at 2:42 PM No comments: 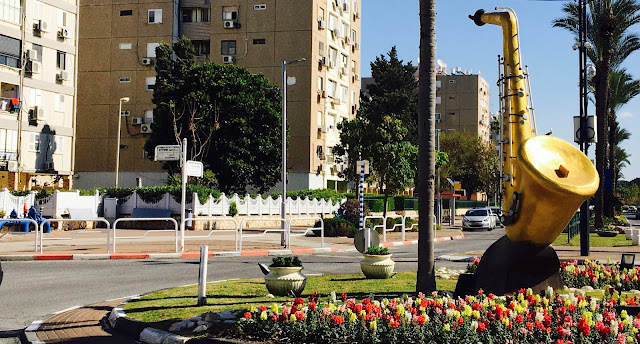 I’m rarely starstruck.  I don’t blink in the presence of celebrities or artistic luminaries no matter how much I respect their work.  Lee “Scratch” Perry is one of very few luminaries who’ve caused me to swoon.  Making physical contact with the legendary Jamaican at the Beaumont Club in 2009 meant a lot to me.  My friend McClain Johnson, aka DJ Diehard, recently secured ten minutes of customized ranting from Perry for his impressive collaboration with the saxophonist Aryana Nemati.  The raw dub-based “Riding the Riddim” features a characteristically loony string of Perry’s non sequiturs.  Here's a small sampling of Perry’s phrases from what he rightly characterizes as a version galore: “when I cough I send demons to hell,” “I’m perfect; I don’t make mistakes” and “I’m anti-ghetto.”  The soul fire still burns brightly.


---
I make weekly concert recommendations in The Kansas City Star.

---
I extol a harbinger of jazz to come at Plastic Sax.

(Original image of a roundabout in Akko by There Stands the Glass.)
Posted by Happy In Bag at 12:07 PM No comments: 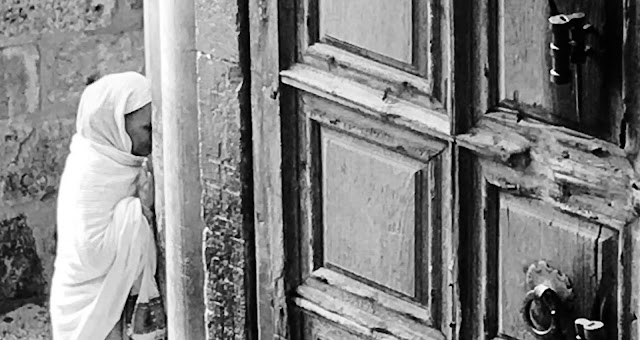 Artists occasionally evolve more quickly than my perspectives about their music.  I failed to stay up to speed with Post Malone and Mac Miller.  In continuing to judge each man by his early output, I mistakenly held on to my first impressions more than a year past their respective artistic maturations.

I was infuriated by the popularity of Post Malone’s wretched initial work, yet his appearance at the Sprint Center earlier this month is one of my favorite performances of recent months.  Stoney hasn’t merely come a long way.  I belatedly realized he’s a pivotal figure in the history of popular music.

Just as Post renders genre distinctions meaningless, Miller’s posthumous album Circles is an intoxicating cocktail of hip-hop, jazz, R&B and pop.  The inviting sound makes his confessional songs about addiction and exhaustion all the more painful.  Worlds removed from the moronic juvenilia that characterized his first recordings, the profound Circles acts as a weary farewell.

I’ve written positively about Post for a couple years.  He knows I’ve come around.  Sadly, my mea culpa is too late for Miller.  He was just 26 when he died 17 months ago.  I’m so sorry.

(Original image captured at the entrance of the Church of the Holy Sepulchre by There Stands the Glass.)
Posted by Happy In Bag at 2:26 PM 1 comment:

Hearing the most popular song of the moment performed live is among the biggest thrills a music obsessive can experience.  Roddy Ricch provided that rush in triplicate at the Uptown Theater on Thursday, February 13.  The 21-year-old Compton rapper executed his ubiquitous smash “The Box” three times in his 50-minute headlining set.

Ricch’s debut album Please Excuse Me for Being Antisocial claimed the top spot on Billboard’s Top 200 for four non-consecutive weeks since its December 6 release.  In addition to being streamed on Spotify more than 322 million times, “The Box” is a TikTok sensation.

I squeezed into the sold-out Uptown Theater to witness more than 2,000 of Ricch’s peers lose their minds during renditions of viral songs including “War Baby,” “Ballin’,” “Die Young” and, of course, “The Box.”  Ricch made cursory stabs at a keyboard on one selection and was joined by a Hendrix-inspired guitarist on several other hits.

I may have snorted derisively when Ricch commended his “day-one fans”- he’s been releasing music for less than three years- but I loved every minute of the adrenaline-laced experience.  It looked and sounded just like this.


---
Tame Impala’s The Slow Rush sounds like a Kanye West remix of Genesis’ 1977 album And Then There Were Three.  A longtime skeptic of Kevin Parker’s ostensible genius, I’m finally on board.

(Original image by There Stands the Glass.)
Posted by Happy In Bag at 11:19 AM No comments:

The Final Fall of Wichita 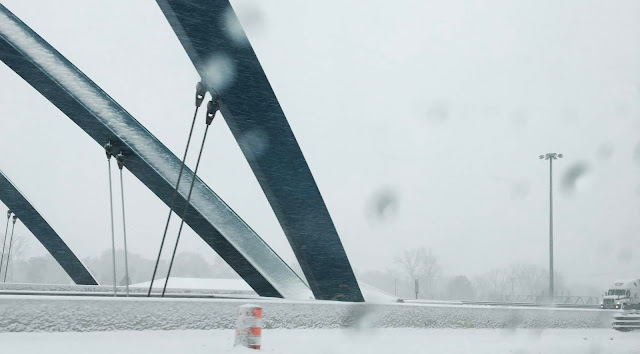 The lack of appreciation for Pat Metheny and his close collaborator Lyle Mays outside the jazz community baffles me.  Much of their work is as groundbreaking as the output of widely revered artists like Brian Eno.  A listening session inspired by the death of Mays heightened my appreciation of their legacies.  Revisiting Metheny and Mays’ 1981 release As Falls Wichita, So Falls Wichita Falls today, I was struck by how the 20-minute title track is echoed by my current obsession.  Beatrice Dillon explores the same sort of electro/acoustic and android/human divergences on her astounding debut album Workaround.  If I were a talented DJ, I might attempt to create a mix of As Falls Wichita... with drops of Dillon’s congruent tracks “Three,” “Pause” and “Ten.”  Dillon and her peers in the cutting edge of electronic music may not know it, but Metheny and Mays got there first.


---
I contribute concert previews to The Kansas City Star.

---
I reviewed a performance by Matt Villinger, Peter Schlamb and Zach Morrow at Plastic Sax.

(Original image by There Stands the Glass.)
Posted by Happy In Bag at 2:10 PM No comments:

Hair of the Dog 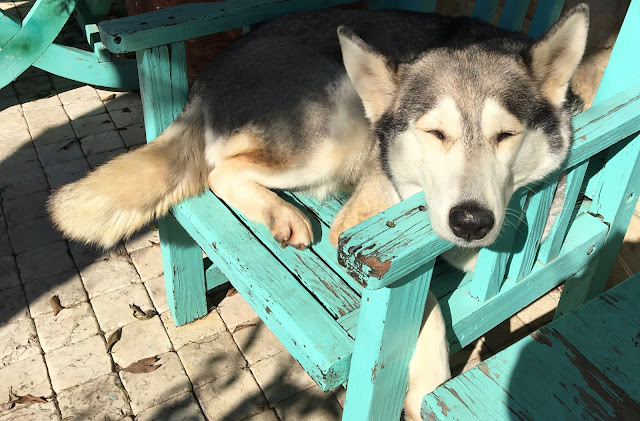 I’ve anticipated hearing something like Obongjayar’s Which Way Is Forward? for most of my adult life.  The Nigerian’s seamless blend of hip-hop, indie-rock, gospel, electronica and Afrobeat is the effulgent fulfillment of the most optimistic version of my fevered reveries.  Here’s the essential “10K”.


---
Tears filled my eyes when Waylon Jenning’s “Just to Satisfy You” popped up on Miranda Lambert’s pre-show playlist at the Sprint Center last night.  Her walk-on music was Aerosmith’s “Back In the Saddle,” another song from my childhood I hadn’t heard in years.  I reviewed Lambert’s concert for The Kansas City Star.

---
I can’t say I saw this coming.  The pop-country superstar Sam Hunt recasts Webb Pierce’s “There Stands the Glass” on his new single “Hard To Forget”.

---
I woke up on the wrong side of the bed this morning.  Encountering the salvaged music video for Mark Anthony & Lyte Speed’s “I’m Just a Boogie Roller” turned my day around.

(Original image of an Arab-Israeli dog by There Stands the Glass.)
Posted by Happy In Bag at 1:47 PM No comments:

My obsessive-compulsive tendencies dictate my music consumption.  The necessity to fully immerse myself in the sounds that interest me means that lengthy works occasionally gum up the works.

The new 230-minute version of Handel’s Agrippina that’s currently being staged at the Metropolitan Opera is similarly problematic.  Yet the 122 distinct selections of the digital version allow me to experience each distinct piece as an avant-garde chamber-pop song.

Dipping in and out of Agrippina during the past ten days- not to mention knowing less than 25 words of Italian- stripped all context and continuity from the work.  As is sometimes the case, not knowing what’s going on can be enormously comforting.


---
I reviewed Post Malone’s party-hearty concert at the Sprint Center for The Kansas City Star.

---
Justin Gillespie, the Kansas City man who rapped as Info Gates, has died.  I recall witnessing him best a clutch of area rappers at the Riot Room in 2018.  His work with the Beat Academy of Kansas City was also extremely promising.

---
I indulged my obsession with Jerry Hahn at his first Kansas City performance in eight months. 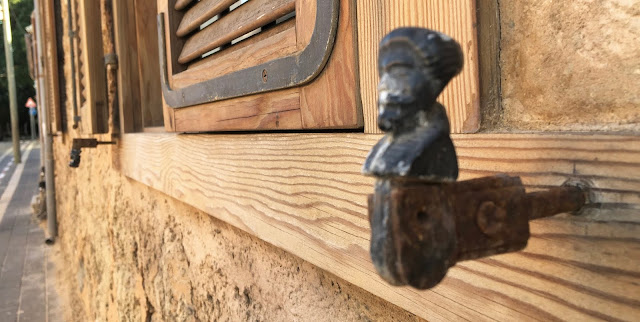 2. 070 Shake- “Guilty Conscious”
The pop of tomorrow sounds a lot like the pop of yesterday.


Top Performances
An extended period of mourning, a debilitating illness and the trip of a lifetime prevent me from listing five worthwhile shows.  I intend to make up for the uncharacteristic breach in February.

(Original image by There Stands the Glass.)
Posted by Happy In Bag at 5:08 AM No comments: