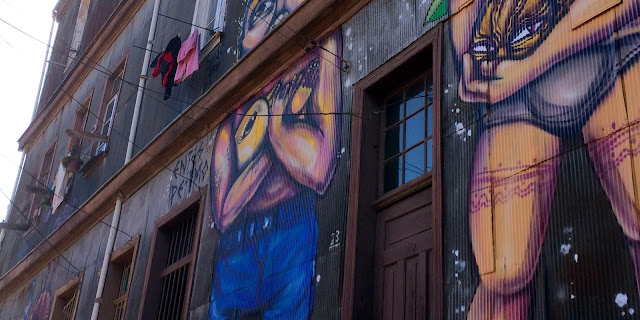 As I gave each of my favorite releases a final run-through before I submitted a top ten album list to The Kansas City Star last weekend, I was indignantly reminded that not everyone in my compound is eager to hear language that most people consider objectionable.  I’ve become so inured to lurid content that it takes a lot to shock me.  It’s noteworthy, consequently, that R. Kelly’s new song ”Marching Band” is way too much for me to handle.


---
After impatiently watching the Family Stone riff for 15 minutes as it attempted to solve what I assumed was a stage monitor issue at last month’s 18th & Vine Jazz and Blues Festival, I gave up and went to the Blue Room to secure a good seat for an appearance by Kahil El'Zabar.  Cynthia Robinson was probably on the stage with the Family Stone, but because my notes at There Stands the Glass and Plastic Sax are seemingly the only reviews of the festival, I may never know for certain.  I encountered ”Dance to the Music” long before I was exposed to “Peter and the Wolf”.  The song taught me about the sonic components of pop.  And Cynthia Robinson’s cry of “all the squares, go home” was one of the most exciting things I’d ever heard.  Robinson died last week.


---
A segment about the Roseline is among my recent contributions to KCUR’s weekly Local Listen feature.

---
Should jazz be treated with kid gloves?  I don’t think so.

---
“Food” is my favorite song by Ces Cru since the duo has been signed to Strange Music.  Here’s the video.

---
I caught Dave Douglas’ current group at the New York venue this year, but I’m not I’m prepared to buy all eight hours of Brazen Heart Live at Jazz Standard.

Blame It All On My Roots 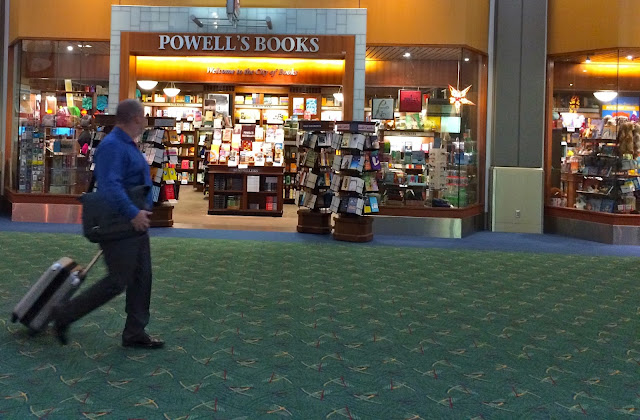 Self awareness can be crippling.  It’s a little late in the game to be discovering myself.  Only now am I beginning to comprehend that there’s no hiding the ancestral dirt under my fingernails.

I eagerly cued up Benjamin Clementine’s At Least For Now after it won the Mercury Prize last week.  I found his art-rock so irksome that I was compelled to retreat to the latest albums from Toby Keith and George Strait.

By most critical measures neither 35 MPH Town nor Cold Beer Conversation are superior to At Least For Now.  Yet the conventional country albums are part of my musical DNA.

I sometimes envy the rarefied people who were raised on Kurt Weill and the Brandenburg Concertos even though growing up on Waylon Jennings and Stevie Wonder probably better prepared me for the world.  While my passion for forms like free jazz is genuine, it’s self-taught.

Keith and Strait, consequently, sound like my home turf while Clementine strikes me as a pretentious twit.  It can’t be helped.

Jason Isbell seems to be singing to me on the opening track of Something More Than Free:  “I got too far from my raisin’, I forgot where I come from.”


---
I reviewed Jackson Browne’s concert at the Music Hall.

---
I reviewed Diana Krall’s return to the Midland theater.

---
I wrote an essay about Adele and Allen Stone for Ink magazine.

---
The trailer for the new documentary “Sound of Redemption: The Frank Morgan Story” is promising.

---
The Matthew Shipp Trio plays it straight on The Conduct of Jazz.  RIYL: Thelonious Monk, a semblance of structure, Cecil Taylor.

---
Stop the presses- Con Funk Shun has released a new album!  The video for ”More Than Love” is… something.

(Original image by There Stands the Glass.)
Posted by Happy In Bag at 8:01 AM 1 comment:

Like most people, I was introduced to the brilliance of Allen Toussaint through hits by other artists.

Hearing his suggestive production on Labelle's lurid "Lady Marmalade" and Robert Palmer's downright nasty version of his song "Sneakin' Sally Through the Alley" exposed me to the concepts of prostitution and adultery when I was an impressionable kid.

I would later binge on Toussaint's monstrously funky collaborations with New Orleans vocalists like Lee Dorsey and Ernie K-Doe and I heard a lot of colorful Toussaint stories from record clerks and buyers when I represented his NYNO record label in a territory that included New Orleans in the '90s.

Toussaint's impeccably formal demeanor and elegant presentation during his concerts at the Folly Theater in 2010 and 2014 contrasted starkly with the vignettes of street life associated with his work in the 1960s and 1970s.  Discovering that the man responsible for a large swathe of the sultriest American music looked and acted like an investment banker was shocking.

I reviewed his concerts at the Folly Theater in 2010 and 2014.  Tim Finn quotes one of those critiques in a tribute to the great man.

---
I wrote an extended concert preview about Murs.

---
My enthusiastic notes about a concert of egghead jazz by Drew Williams and John Blevins is posted at Plastic Sax.

---
Phil Taylor, the former drummer of Motorhead, has died.

---
Gene Norman once yelled at me on a regular basis.  The entrepreneur died last week.  I’m saddened by his passing.

---
The video for Shades of Jade’s ”That One” looks as if it's sponsored by a PR firm representing Kansas City’s Crossroads district.

---
Counterparts’ performance at Aftershock on Saturday looked and sounded almost exactly like this.  Acacia Strain and Fit for an Autopsy also spurred miniature riots.  In spite of the chaos, I witnessed only two injuries and a single ejection.  And since I established an unfortunate precedent in my notes about Arlo Guthrie’s concert last month, it’s only fair to note that vape smoke, passed gas, spilled beer and blood-streaked sweat made the show the smelliest concert I’ve attended in 2015.

---
The wondrous tracks on The Cutting Edge 1965-1966 remind listeners that Bob Dylan has always been a tinkerer.

---
I’d better not hear any of the people who are extolling Grimes' Art Angels disparage the similar output of Justin Bieber.

---
I’ve always had a weak spot for Pieces of a Dream.  All In is RIYL: candlelight, Najee, wine.

---
I recently came across footage of a 75-minute performance by Henry Threadgill’s Zooid.

---
Boots was fantastic when he opened for Run the Jewels at the Midland theater last month, but his new album Aquaria doesn’t do much for me.

(Original image by There Stands the Glass.)
Posted by Happy In Bag at 2:15 PM 3 comments: 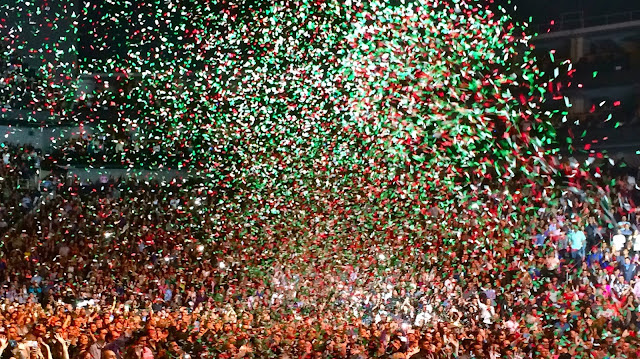 A few observations about the legacy of Ted Hawkins launched this site on November 14, 2005.  I’m still at it ten years later.

No amount of unwarranted DMCA take-down notices, desperate link-sharing requests from short-lived sites, shameless swagger-jacking by professional music journalists and snarky comments from friends and strangers have dissuaded me from posting music commentary.  This is entry #1,387 at There Stands the Glass.

I realize that the layout is tired- it hasn’t changed in ten years.  In an era in which design is more highly valued than substance, I recognize that There Stands the Glass is hopelessly dingy.  I’m clearly not motivated by fashion or trends. I don’t even accept guest list invitations.

Initially a MP3 blog that showcased obscure gems from my collection of albums and CDs, There Stands the Glass now acts as a musical diary.  (I’ve also documented Kansas City’s jazz scene at Plastic Sax since 2007.)

The longevity of There Stands the Glass isn’t a mystery.  I don’t care if anyone is reading.  Unlike the sad sot in Webb Pierce's 1953 hit, I'm not "wondering where you are tonight."


---
A broad smile never left my face on Saturday night.  Here's my review of Juan Gabriel’s concert at the Sprint Center for The Kansas City Star.

---
I wrote at length about Lindi Ortega in a preview of her appearance at Knuckleheads.

---
I contributed a Local Listen segment about guitarist Will Matthews to KCUR.

---
I didn’t fall in love with Lalah Hathaway’s voice until it buckled my knees at a free concert last year.  (My review.)  Hathaway’s new live album is an homage to her father Donny- it opens with ”Little Ghetto Boy”- and acts as an exciting document of her immense talent.

---
Lionel Loueke kicks out the jams on Gaia.  I like the abrasiveness but detest the indulgence.  RIYL: James “Blood” Ulmer, guitar pyrotechnics, Jimi Hendrix.

(Original image by There Stands the Glass.)
Posted by Happy In Bag at 9:16 AM 2 comments:

Album Review: The Cox Family- Gone Like the Cotton 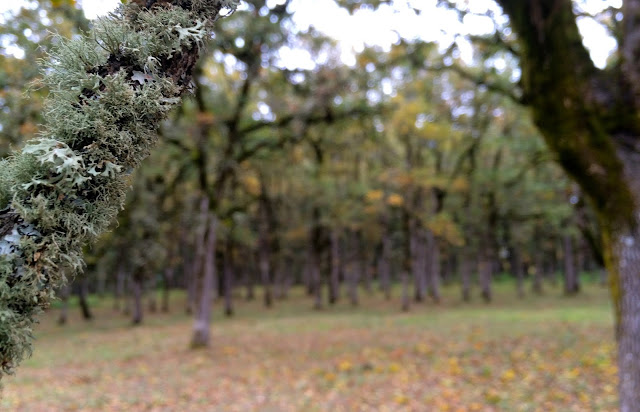 I didn’t know the remarkable backstory of the Cox Family’s Gone Like the Cotton when I first played the new release.  Instead of marveling at the convoluted origin of the project, I wondered why I hadn’t heard anything from the excellent band in almost 20 years.  It’s a sad story.  Anyone who longs for the unassuming nature of Alison Krauss’ pre-stardom sound will be smitten by Gone Like the Cotton.

---
I wrote an extended preview about Emily King for Ink magazine.

---
The Jorge Arana Trio created a video for “Crime of Passion Fruit.”

(Original image by There Stands the Glass.)
Posted by Happy In Bag at 5:36 PM No comments: