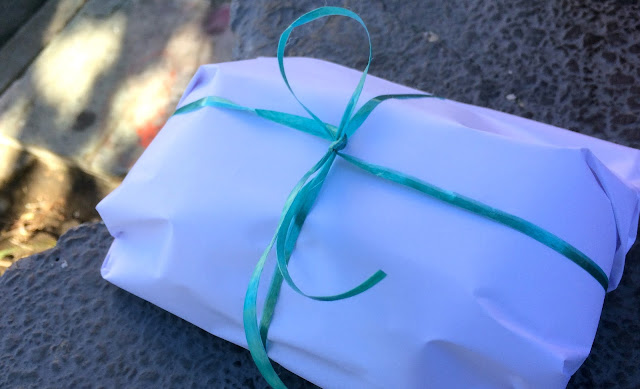 My world changed when I picked up a Japanese compilation of Stax singles that introduced me to the likes of William Bell, the Bar-Kays, the Dramatics and Frederick Knight in the early 1980s. I don’t know how or when Jill Scott came to love those same songs, but it’s clear that she also knows them inside and out.  Woman is a vibrant tribute to the classic sound of Stax Records.  The video for “You Don’t Know” will persuade skeptics.


---
I didn’t expect my  review of Van Halen’s concert last week to instigate a classic rock rebellion.  The show struck me as unequivocally terrible.  It ranks among performances by Guy, Rick Ross and Soundgarden as one of the worst efforts by a major act I’ve witnessed in recent years.  The outraged reactions to my observations compelled The Kansas City Star to issue a disclaimer.

---
I also reviewed a concert by Graham Nash.

---
An item about Be/Non is my latest contribution to KCUR’s Local Listen series.

---
Torche’s Restarter is likely to be my favorite rock album of 2015.  RIYL: Nothing, sludge, Electric Wizard.

---
Ashley Monroe’s The Blade is a mess.  Only three or four of the tracks on the scattershot album are on point.  RIYL: uncertainty, Sturgill Simpson, indecision.

---
There’s nothing wrong with Richard Thompson’s Still, but I don’t intend to give the relatively unremarkable new album a second hearing.  I’ll count on There Stands the Glass readers to point out any hidden gems beyond the novelty goof “Guitar Heroes.”

(Original image by There Stands the Glass.)
Posted by Happy In Bag at 9:06 AM 1 comment:

Way Down Yonder On the Chattahoochee

One of the most common transgressions made by music fans is judging a genre by the people it supposedly attracts.

I encounter it daily:  Country fans are drunken homophobes.  Only elitists listen to jazz.  Hip-hop heads are illiterate.

I’m also guilty of making rash generalizations.  Thankfully, I caught myself before I responded to a friend's direct provocation regarding Sturgill Simpson (a musician I appreciate).  I was going to suggest that most members of the audience at Simpson's concert in Kansas City last week were status-conscious bandwagoners who wouldn’t be caught dead at an Alan Jackson show.

That wouldn't have been nice.

Jackson's music may not be worthy of consideration by Pitchfork obsessives, but it will always have a place in my life.  In the parlance of 2015, plenty of the songs on his new album Angels and Alcohol are “basic.”  I'm not bothered that the album demonstrates no musical or ideological progression.

“Mexico, Tequila and Me” may be just as tired as its title suggests, but I genuinely appreciate the cliches of “Jim and Jack and Hank.”  I also think that the spiritual cheese of “God Paints” is delicious.  And the title track- easily the album’s best song- hits close to home.

Now, for the rest of the story: I wore a pink shirt to an Alan Jackson concert in 2007.  Harassed for hours by drunken homophobes, I thought I’d be killed in Bonner Springs, Kansas.

---
I reviewed a concert by Keith Sweat and Blackstreet featuring Teddy Riley and Dave Hollister.

---
I reviewed a concert by the Dave Matthews Band.

---
A segment about Jeff Black is among the recent Local Listen items I've contributed to KCUR.

(Original image by There Stands the Glass.)
Posted by Happy In Bag at 11:29 AM 2 comments:

Album Review: Bilal- In Another Life 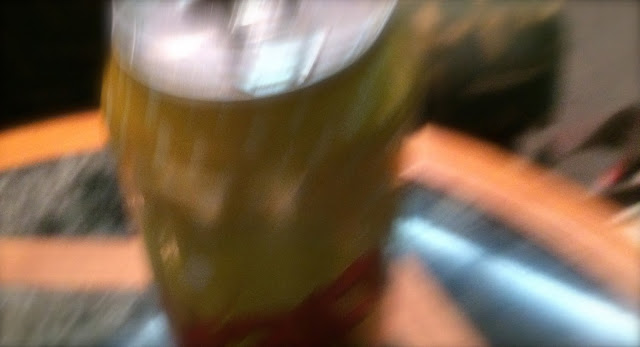 As an aficionado of the most strung out work of Sly Stone, Erykah Badu and Prince, I immediately took to Bilal’s In Another Life.  The R&B veteran can’t be bothered with the coherent concept of songs on his new album, but producer Adrian Younge maintains a powerful groove.  I love it.  The disturbing video for ”Money Over Love”, a track that features Kendrick Lamar, offers a fair representation of the contents of In Another Life.


---
I reviewed a concert by Third Eye Blind and Dashboard Confessional.

---
I’ve been negligent in linking to my work for Ink.  Last week’s extended concert preview examined the work of Krystle Warren.

(Original image by There Stands the Glass.)
Posted by Happy In Bag at 2:59 PM No comments: 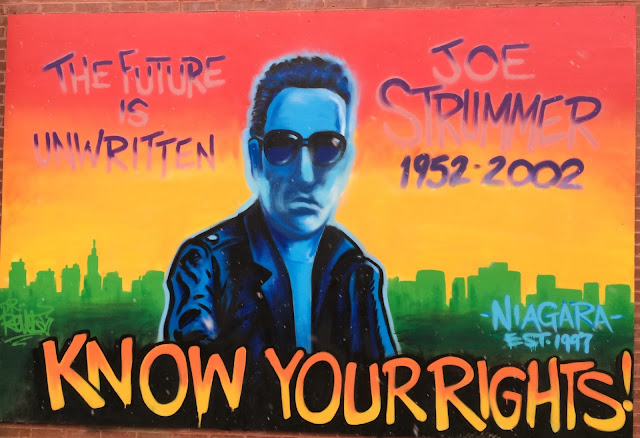 Full Communism, the new album by Downtown Boys, provides me with the same sort of jolt I once received from a new album by the Clash.

I don’t necessarily concur with the Providence band’s politics, but exposure to tear gas in South America last month has made me more receptive to radicalism.  Strident Full Communism songs such as are balanced by amusing tirades like “Tall Boys.”

---
I featured the AM Trio on KCUR’s weekly Local Listen segment.

---
I listen to a lot of Red Dirt country acts.  Most are interchangeable.  Jered Deck, formerly of Green Corn Revival, has tapped into something both vital and traditional with ”17 Miles”.  The hearty song is RIYL: Will Hoge, Gaslight Anthem, Joe Ely.

---
Mark Guiliana’s Family First doesn’t do much for me.  RIYL: drummer-led jazz albums, Kamasi Washington, solos for the sake of solos.

(Original image of a mural in New York City by There Stands the Glass.)
Posted by Happy In Bag at 10:44 AM 1 comment: