Friday wasn’t going well.  A couple setbacks put me in a foul mood that even a plethora of new music releases couldn’t remedy.  As I began to prepare for sleep at the end of the disappointing day, I auditioned one last album.  The dark clouds in my head dissipated five minutes into “Tizita,” the opening track of Hailu Mergia’s Lala Belu.

I’d just read The New York Times’s profile of Mergia that explained that the Ethiopian musician was now a cabdriver in Washington D.C.  The guy behind Awesome Tapes From Africa tracked Mergia down and recorded Lala Belu with him.  It’s a cool story, but I still wasn’t expecting much.  I was mistaken.

The life-affirming Lala Belu sounds as if the Ethiopian icon Mulatu Astatke is jamming with the jazz luminaries Charles Mingus and Robert Glasper.  Simultaneously old, new, African and American, the album is a potent sonic salve.

---
I featured David George in my weekly segment for KCUR.

---
Cry No More, the second solo album by Kansas City blues-rock luminary Danielle Nicole, puts me in mind of the classic 1970s work of Delaney & Bonnie.  The title track is the second-best song on the new release.

---
I’m as excited as everyone else about Janelle Monáe’s new songs “Django Jane” and “Make Me Feel”.

---
I don’t begrudge Dessa for making crass pop moves on Chime.  It’s ridiculous that the enormously talented Doomtree standout isn’t already a household name.  I hope Chime makes her a star, but I’m not going to spend much time listening to the slick bid for mainstream acceptance.  RIYL: Madonna, commerce, Gwen Stefani.  Here’s “Half of You”.

---
I still mourn Lou Reed.  I might even miss Mark E. Smith of the Fall someday.  But I’ll be damned if Will Toledo of Car Seat Headrest doesn’t prove himself to be a worthy heir of those innovators on Twin Fantasy.  Here’s “Nervous Young Inhumans”.

---
Noah Preminger is on a roll.  Genuinity, the most recent in a string of impressive albums by the New York based saxophonist, is RIYL Ornette Coleman, jazz emancipation, Rudresh Mahanthappa.

---
While the contents aren’t as interesting as the title, Leslie Pintchik’s You Eat My Food, You Drink My Wine, You Steal My Girl! is a better-than-average mainstream jazz album.  RIYL: Bill Charlap, accordion flourishes, Matt Wilson.

---
They still make ‘em like they used to.  Even the cover art of the new recording by baritone saxophonist Gary Smulyan’s Alternative Contrafacts is straight out of 1974.  The dated packaging is belied by the freshness of the music.  Bassist David Wong and drummer Rodney Green push Smulyan into wooly terrain.  RIYL: Harry Carney, unexpected treasures, Hamiet Bluiett.

(Original image by There Stands the Glass.)
Posted by Happy In Bag at 3:37 PM 1 comment: 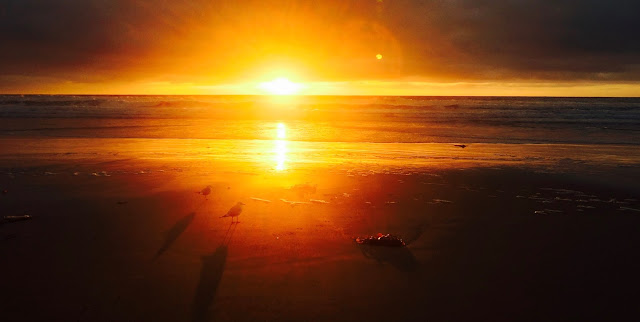 Jazz fans are familiar with the concept of big band battles.  I’m intrigued by the unofficial jazz clash between Europe and North America.  Based on my listening habits in recent months, my money’s on Europe.

Three new releases by European pianists illustrative the point.  Each is more imaginative and engaging than the efforts of most of their American counterparts.  Tigran Hamasyan is one of the most exciting musicians of the moment.  The Armenian pianist’s 29-minute For Gyumri possesses improvisational daring, melodic charm and a vast sonic range.

---
I reviewed Cyrille Aimée’s concert at the Folly Theater for Plastic Sax.

---
I barely survived Mary Chapin Carpenter’s morose headlining set at the Kansas City Folk Festival.  To paraphrase the eminent philosopher Chief Keef, that’s that stuff I don’t like.  To be fair, following the jubilant set of Los Texmaniacs and Flaco Jiménez’s party music would have been a challenge for anyone.  Kalyn Fay, an Oklahoman Cherokee singer-songwriter, was my find of the day.

---
I realize it makes me little different than an awful 13-year-old boy, but the novelty of countertenor vocalists still amuses me.  Even so, I’m awed by Franco Fagioli’s Handel Arias.

(Original image by There Stands the Glass.)
Posted by Happy In Bag at 2:39 PM No comments: 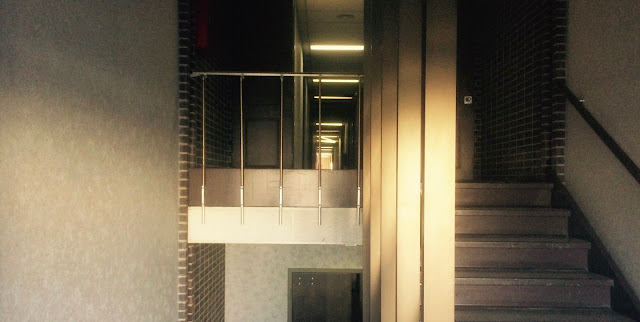 My world wasn’t instantly transformed when I impulsively purchased a promotional copy of Philip Glass’ North Star for $1 as a teenager.  My unseasoned ears couldn’t process the work of the minimalist composer.  What initially struck me as impossibly cold and foreign now sounds warm and familiar.  The propulsive portions of Pulse/Quartet, a lively rendering of two works by Glass’ peer Steve Reich, put me in mind of North Star.  I’m immediately smitten this time around.

---
I named Olivia Fox the KCUR Band of the Week.

---
Recently at Plastic Sax: Ozark jazz, a weekly survey of Kansas City’s jazz scene and a report from an Ornette Coleman symposium.

---
I was one of six people at Lola Pistola’s show in Kansas City this week.  I didn’t buy any merch, but I 'll donate a somewhat misleading new tagline to the artist: “Patti Smith with a Puerto Rican accent.”

---
If I were to become a Lyft driver, GoGo Penguin’s A Humdrum Star might provide the soundtrack to my midnight shift.  The cosmopolitan but ultimately vacuous fusion of jazz and electronica would create a tip-oriented tone for my clients.

---
I realize it’s hypocritical to deride derivative bands like Greta Van Fleet while praising the recycling of Fu Manchu.  My primary defense of Clone of the Universe hinges on the epic 18-minute closing track.  Here’s the title track.

---
Nightfall, the hushed pairing of trumpeter Till Brönner and bassist Dieter Ilg, is gorgeous.  Here’s “A Thousand Kisses Deep”.

---
While it’s not the least bit titillating, the Fifty Shades Freed soundtrack is a handy survey of modern pop.

(Original image by There Stands the Glass.)
Posted by Happy In Bag at 10:30 AM No comments: 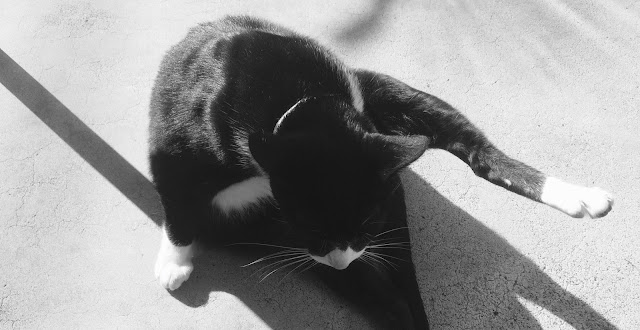 I don't patronize movie theaters.  Staring at a screen in a dark room doesn’t appeal to me, partially because there’s an endless supply of live and recorded music I could be processing instead.  I may never see Black Panther, but I’ve had the soundtrack on repeat all weekend.  It’s the Kendrick Lamar album I hadn’t expected.  Not only does he dominate the mixtape-like soundtrack, K. Dot sounds like he’s having fun.  Unlike his mercenary turns with Taylor Swift and Maroon 5, Lamar seems entirely at home on the pop-laced project.  The first single is my least favorite song.  The tracks with hip-hop royalty including Ab-Soul, Jay Rock, Future, Vince Staples, Schoolboy Q and 2 Chainz are instant classics.  Lamar does, in fact, “live on ten.”


---
I wrote and narrated a five-minute feature about the Kansas City jazz musician Stan Kessler for KCUR.

---
I highlighted Julia Othmer in my weekly Band of the Week segment for KCUR.

---
I lauded a momentous concert by Ryan Keberle & Catharsis at Plastic Sax.

---
Composer Jóhann Jóhannsson has died.  It’s a tremendous loss.  I documented my passion for his music at There Stands the Glass in 2012 and 2016.

---
I haven’t been truly enthused about a new Tech N9ne release in a few years.  The initial singles “Bad Juju” and “Don’t Nobody Want One” indicate that his next album will focus on the elements that once made him exceptional.

---
Just as I can’t listen to Mount Eerie’s devastating A Crow Looked At Me, I can’t handle the raw pain documented on Mary Gauthier’s Rifles and Rosary Beads.  Here’s “Bullet Holes in the Sky”.  RIYL: depression, Dave Van Ronk, PTSD.

---
The James Hunter Six’s Whatever It Takes is RIYL Jackie Wilson, all vintage everything, Amy Winehouse.  Here’s “I Don’t Wanna Be Without You”.

---
Wanna make out?  I have the perfect soundtrack cued up.  Blood, the seductive new album by Rhye, is the best Sade album since 1988’s Stronger Than Pride.  Here’s “Count To Five”.

---
The more I listen to H.C. McEntire’s Lionheart, the less I like it.  RIYL Emmylou Harris, melancholy, Kacey Musgraves.  Here’s “Quartz in the Valley”.

---
The good stuff on Lonnie Smith’s All In My Mind is capable of inducing altered states.  Alas, it’s not all good.  RIYL: Dr. John, organ jazz, Pharoah Sanders. 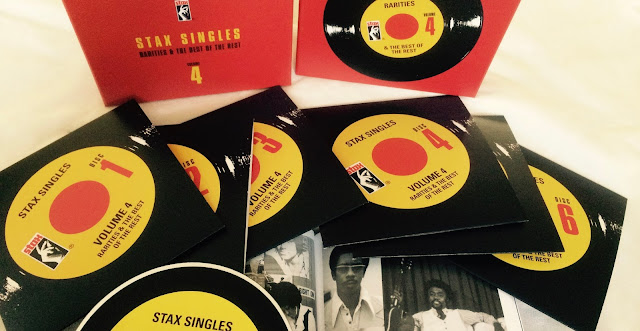 What’s the best music the United States produced in the 20th century?  Candidates range from the songs forged at Tin Pan Alley in the early 1900s to the New York raps of Nas and Jay-Z in the ‘90s.  While I wouldn’t bicker with anyone who nominated Aaron Copland’s compositions, the salsa issued by Fania Records, Hank Williams’ pain songs, prime Kansas City swing, Meters-driven New Orleans funk or ferocious Chicago blues, my favorite sound is the earthy Memphis soul documented by Stax Records.

Released today, the six-disc boxed set Stax Singles, Volume 4: Rarities & the Best of the Rest contains a treasure trove of some of the finest music of the last 100 years.

The less said about the fourth disc the better.  Appallingly wretched schlock like Billy Eckstine’s “I Wanna Be Your Baby” and the overwrought acid rock of Finley Brown’s “Gypsy” dominate the dated material culled from the Stax subsidiary Enterprise.  The 26 songs from the Hip imprint on the fifth disc are far more compelling.  Ranging from the Goodees’ berzerk pop freakout “Condition Red” to Cargoe’s power-pop gem “Feel Alright,” the disc contains plenty of worthy curiosities.

The boxed set returns to soulful form on the sixth and final disc with 22 exquisite sacred songs from the Chalice and Gospel Truth labels.  The Dixie Nightingales’ civil rights anthem “Forgive These Fools” and Pops Staples’ eerie “Tryin’ Time” are among the cleansing hosannas.

Aside from the completist-only dreck on the fourth disc, my sole objection to Stax Singles, Volume 4: Rarities & the Best of the Rest is the failure of the 78-page booklet to identify the A-side for each of the tracks on the first three discs.  I’ve been compelled to spend more time than I’d care to admit doing research at Discogs.  Even so, geeky inquests aren’t necessary to appreciate the indispensable set.  After all, it contains more than four hours of the best music ever made.

(Original image by There Stands the Glass.)
Posted by Happy In Bag at 8:43 AM No comments: 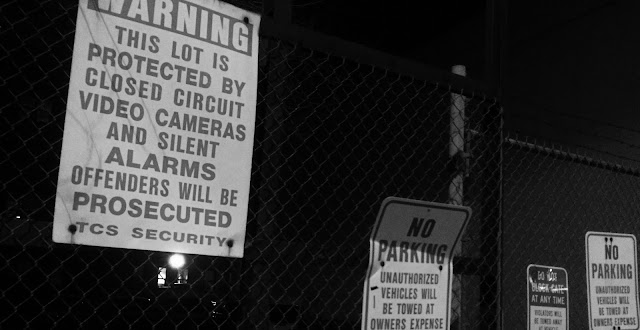 Why’s everybody picking on Migos?  Even one of my favorite locally based rappers joined the indignant mob that’s bashing the group.  The herd mentality has it wrong.  Culture II, the Atlanta trio’s new album, may be even more entertaining than last year’s massive breakout release Culture.  If Culture II works as a failsafe party-starter in the dead of winter, I can only imagine how combustible it’ll be in July.  Criticizing Migos’ laughable lyrics is folly.  The hilarious ignorance of Offset, Quavo and Takeoff on bangers like “Stir Fry” is an essential component of Migos’ appeal.  Migos is all about staccato rhythms and wavy vibes, attributes in abundant supply on the 105-minute release.  Ingrates whine that Culture II is too long.  That’s like complaining that a case of beer is too heavy.

---
I featured Rubeo on my weekly spotlight on locally based musicians for KCUR.

---
Blues saxophonist Eddie Shaw has died.  I’m fortunate to have seen the member of Howlin’ Wolf’s band perform a handful of times.

---
Wut.  The sax-wielding Kansas City band Merlin manages to evoke both the classic metal of Iron Maiden and the zany prog-rock of Van der Graaf Generator on the astonishing Wizard.  If the lackluster vocalist were supplanted by an appropriately hammy singer in the vein of Bruce Dickinson or Peter Hammill, Wizard might be an instant classic.

---
“Space Gun”, the title track of the forthcoming Guided by Voices album, is pretty great.

---
Ivan Lins and Gilson Peranzzetta collaborate on the understated Cumplicidade.

---
Catching arena-ready pop shows in small clubs is disorienting.  I took in a show by the OneRepublic-like Mako and the Joywave-ish Night Lights at RecordBar last night.

(Original image by There Stands the Glass.)
Posted by Happy In Bag at 3:09 PM 1 comment: