There Stands the Glass Has Moved 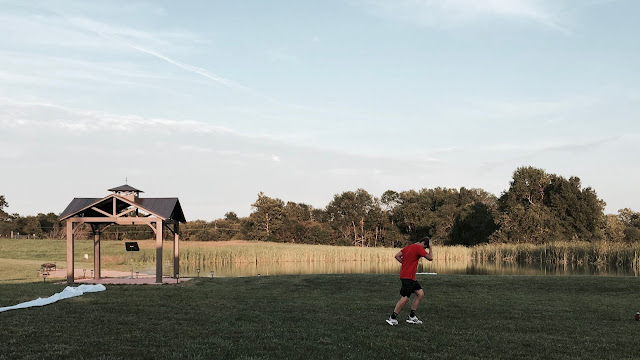 I've moved!  New There Stands the Glass posts are here. 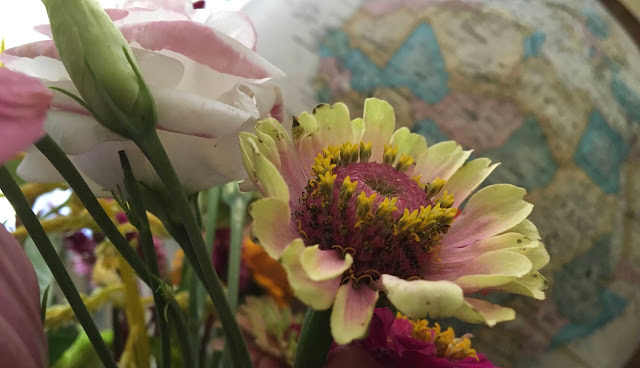 The value of gateway artists is under-appreciated.  If it took Vanilla Ice for listeners to get to A Tribe Called Quest, so be it.  A lot of St. Paul & the Broken Bones fans surely make their way to Otis Redding.  That’s fantastic.  In my case, the Clash introduced me to Augustus Pablo.  I discovered Bob Wills via Merle Haggard.  I found Willie Dixon via the Doors.

I’m not annoyed that Nubya Garcia’s debut album Source is being hailed as the 2020 equivalent of John Coltrane’s A Love Supreme.  Jazz needs stylish young artists to give the popular press and jazz neophytes something to rally behind.  Besides, Source is pretty good.

After enjoying Garcia’s fashionable dispatch from London, I hope a few adventurous listeners turn to the like-minded new release by Idris Ackamoor & The Pyramids.  Inspired by his mentor Cecil Taylor, Ackamoor founded the Afrocentric spiritual jazz collective almost 50 years ago.  Now 69, Ackamoor and his longtime collaborators retain their vitality on Shaman!.  The joyous grooves and inclusive sensibility are the best kind of communal folk music.

I decry the blatant abandonment of social distancing on Kansas City’s jazz scene at Plastic Sax.

Opera update: I’m currently 80 minutes into my 153rd opera in the past 153 days.  A French staging of Benjamin Britten’s “A Midsummer Night’s Dream”- #151 in my streak- receives my unqualified endorsement.  The creepy bits are skin-crawling and the comedic scenes are outrageous.

I’ve said it a thousand times: jazz isn’t merely something that happened long ago.  Just as giants like Django Reinhardt, John Coltrane and Cecil Taylor transfigured past decades, equally brilliant improvisors continue to push the music forward.  Bill Frisell is one such modern master.  The guitarist’s new album Valentine- his 42nd album as a leader by my count- is yet another stunning triumph.  Abetted by bassist Thomas Morgan and drummer Rudy Royston, Frisell continues to find fresh and engaging ways to expand his unique conception.  The incorporation of the pop and folk sounds of the early 1960s with the innovations of guitarists ranging from Wes Montgomery to Jimi Hendrix doesn’t seem particularly promising, but Frisell has successfully mined the genre-fluid terrain for decades.  My immediate affinity for Valentine is partly due to catching Frisell perform most of the selections live in the past 24 months, but I can’t imagine anyone not admiring of his gorgeous interpretations of the familiar melodies “What the World Needs Now is Love,” “Wagon Wheels” and "We Shall Overcome".

I kvetch about politicians’ gaffes at Plastic Sax.

Robert Wilson’s version of John Cage’s “Lecture on Nothing” at National Sawdust’s virtual festival last week was my first encounter with the absurdist treatise.  I was particularly amused by the unexpected references to Kansas.  The state is “like nothing on earth!”

I read Keri Hulme’s The Bone People several months ago.  Inspired by the novel’s frequent references to recordings by Julian Bream, I began exploring to the guitarist's vast catalog in earnest.  I quickly fell under his spell.  Bream died last week.

Opera update: The BBC’s version of “Porgy and Bess” was the 145th dose of my daily injection of opera.  I’ll share two takes.  I realize mine isn’t among the most important voices in the ongoing debate about “Porgy and Bess,” but I’m now able to authoritatively attest that the principle characters are as fully realized as any figures in opera.  They’re more respectfully rendered than the individuals portrayed in similarly agrarian Italian operas like “L’Elisir d’Amore,” “Ruggero Leoncavallo” and “Cavalleria Rusticana.”  Secondly, “Bess, You Is My Woman Now” is the equal of any Puccini aria. 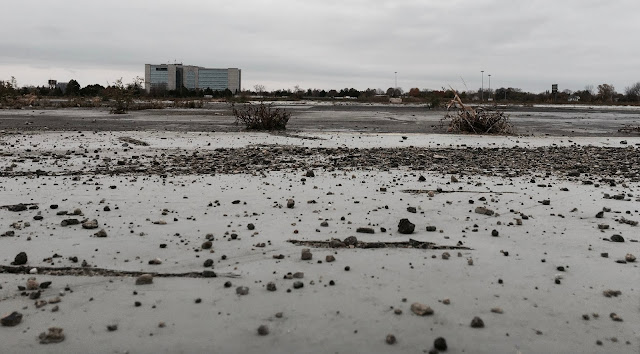 There’s a scene in a post-apocalyptic movie in which a solitary survivor watches a film of a rock concert in an abandoned theater.  The document of carefree hedonism makes his stark reality seem even bleaker.  That’s how I feel when I listen to Live at Goose Lake: August 8, 1970  The recently released lo-fi document of an infamous set by the Stooges at a Michigan rock festival may as well emanate from a different universe.

The correlation between the fictional end of the world and today’s pandemic is all-too obvious.  As in the movie, the prospect of another massive music festival seems remote.  But it's not just the coronavirus.  The idea of 200,000 people congregating to hear bands with guitars play rock and roll is ludicrous.  That’s probably never going to happen again in North America.

The Stooges’ outmoded style is made even more obsolete by the honking of Steve Mackay’s saxophone.  The unconventional instrumentation makes Iggy Pop’s berserk interjections even funnier.  The backstory of the essential- albeit superannuated- release on Third Man Records is fascinating.

Opera update: I’m up to 143 operas in 142 days.  Danielle de Niese’s breakout performance in Glyndebourne’s 2005 production of Handel’s “Giulio Cesare” provided four of the most entertaining hours of my quarantine.  The free stream is available for three more days.  And all self-respecting Kansas Citians- as well as history-minded feminists- should want to see the Metropolitan Museum of Art's imaginative staging of Virgil Thomson’s “The Mother of Us All."

(Horrifying original image of Detroit Rock City by There Stands the Glass.)

Song Review: Caroline Shaw and David Lang- "When I Am Alone" 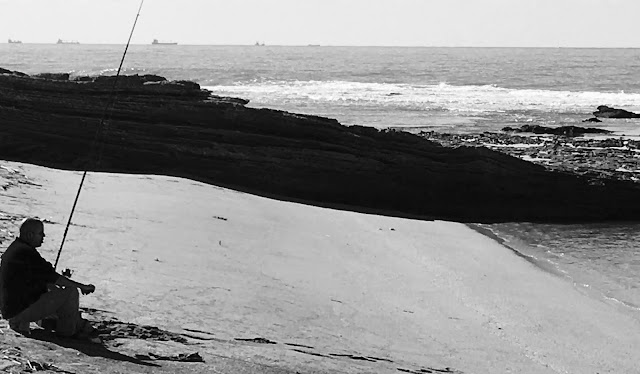 I love "WAP" as much as the next red-blooded fan of pop music, but the actual song of the year is "When I Am Alone" by Caroline Shaw, David Lang and Jody Elff.  Lang wrote the song last year for an art installation in St. Louis.  After Shaw recorded the vocals, Elff helped Lang arrange the 22-minute opus that now serves as a disarming commentary on social isolation.  Simultaneously hilarious and spooky, “When I Am Alone” is to 2020 what Laurie Anderson’s like-minded "O Superman" was to 1981.

(Original image of fisherman in Akko by There Stands the Glass.) 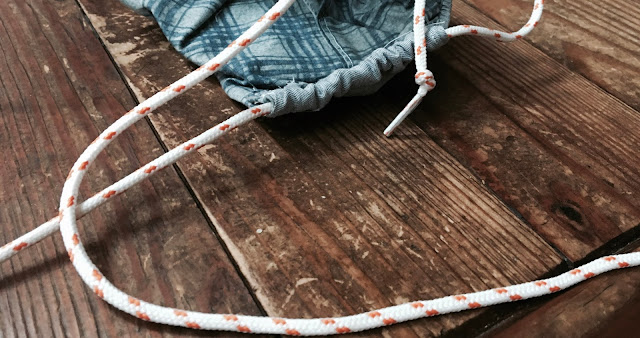 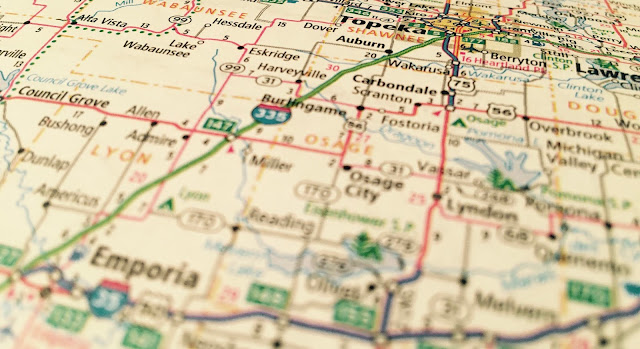 (Original image by There Stands the Glass.)
Posted by Happy In Bag at 10:37 AM 1 comment: