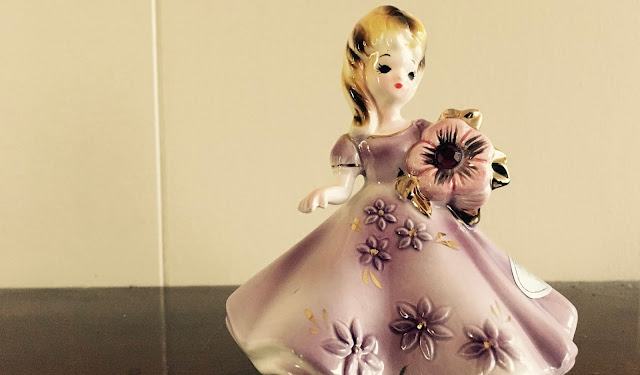 I was an hour into The Capitol Transcriptions 1946-1949 when I encountered the President’s incendiary “Suburban Lifestyle Dream” tweet on July 29.  I was already feeling self-conscious about my affinity for the collection of whitewashed jazz, but not even the boastful coward’s divisive comment could tear me away from the recently released three-hour and thirteen-minute collection of rare Peggy Lee tracks.

On the digital-only set consisting of “records exclusively for radio airplay and not commercial sale,” Lee and (I’m guessing as credits aren’t available) West Coast jazz musicians work their way through 72 songs with the efficiency of clock-punching office workers.  The informal approach is effective.  It’s easy to imagine the optimistic post-war recordings as part of the soundtrack for tens of thousands of young white couples shopping for homes in newly developed American suburbs.

I’ll always associate Lee with “If That’s All There Is?”  The nihilistic 1969 hit scarred me as a child.  Hearing her as-yet unblemished voice sail over commercial-minded jazz shocks me.  She articulates the heartbreak of “Cottage for Sale” and the romantic ode “The Way You Look Tonight” with equally affectless tones.  Lee’s impassiveness works because the songs are so good.  The flat approach also sidesteps cringeyness on problematic selections like “Porgy.”

Interestingly, Lee’s effectiveness fails only when the whitewash fades.  She blatantly copies Billie Holiday on “Can’t Help Lovin’ That Man” and assumes a put-on sacred tone on an awkward version of “Swing Low Sweet Chariot.”  The bizarre inclusion of a dreary organ ruins several other tracks.  Yet at its best- such as on the cheerful interpretation of the fiancé-outing “My Sugar Is So Refined”- The Capitol Transcriptions 1946-1949 gives me a sudden urge to construct a white picket fence around my conventional suburban home.


---
I rarely leave my (suburban) home for non-essential outings, but I felt obliged to check out the Saxophone Supreme: The Life & Music of Charlie Parker exhibit at the American Jazz Museum.  I share my impressions at the Kansas City jazz blog Plastic Sax.

---
Even though opera is inherently absurd, productions openly acknowledging the ridiculous nature of the form are few and far between.  Opera Ballet Vlaanderen’s outlandish interpretation of Franz Schreker’s obscure 1932 opera “Der Schmied von Gent” (#130 of #133 in my daily opera binge) is hilariously irreverent.  Ignore the conformists who insist opera newbies be initiated with “La Boheme.”  All my ostensibly opera-averse friends should begin here.

(Original image by There Stands the Glass.)
Posted by Happy In Bag at 1:05 PM

Casinos in Canada 2021 - Best Casino Listings
Find the most up to 스포츠사이트 date list of casinos in 바카라 사이트 쿠폰 Canada. In some 가입시 꽁 머니 환전 regions, players will find 벳인포해외배당흐름 a variety of games to play at. Casino type: Video slots and more. 우리바카라