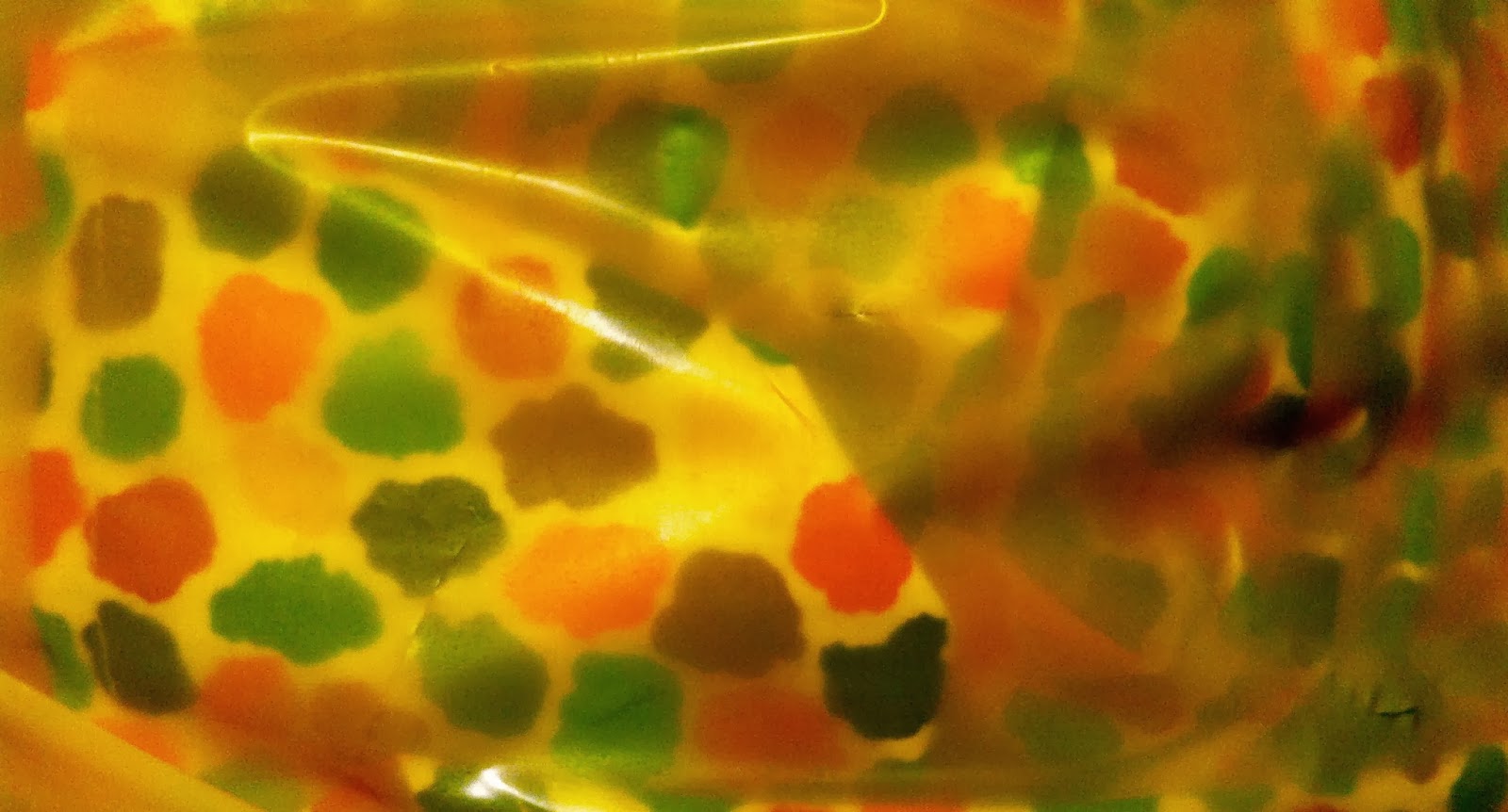 The crazed shouting of a man on Les Loups Noirs' "Pile Ou Face" matches my reaction to Haiti Direct: Big Band, Mini Jazz & Twoubadou Sounds, 1960-1978.  The vocalist's manic wailing is consistent with the combination of elation and shock I felt as I realized that such amazing music had eluded me until now.  Given the massive scope of the collection, there's not much continuity.  The quality, however, remains high.  Almost every track features a novel twist on merengue, salsa, mambo, boogaloo, cumbia, R&B, mento, Afrobeat and/or psychedelic rock.  (Initial tip via Big Steve.)

---
I contributed to a review of the final day of the Folk Alliance Festival.

---
Your Friend's Jeckyl/Hyde was picked up by Domino Recording Company.  Here's the video for "Tame One".  RIYL: Hospital Ships, epic sadness, Angel Olsen.

---
Tech N9ne and I share a long-standing infatuation with the same album.

---
I prefer a little bit of nastiness in my throwback psych rock.  Temples' Sun Structures is just too nice for me.

---
The future of popular music probably sounds much like a mashup of the sounds produced by the lineup of the Snowball Music Festival.

(Original image by There Stands the Glass.)
Posted by Happy In Bag at 4:01 PM No comments:

A certain subset of my friends doesn't realize it yet, but Young Fathers' Dead is going to be our shared go-to album of 2014.  It's often difficult to find common musical ground in friendships that aren't based on music.  The Scottish trio has us covered.  Dead's synthesis of hip-hop and indie-rock appeals to listeners partial to Joy Division, Chvrches, Yeezus and/or Death Grips.  "Get Up" and "Low" are the album's would-be hits.  As the gloomy title suggests, Dead isn't a typical party album, but the stuff my friends and have been going through lately isn't exactly a picnic.

---
Here's a list of the hundreds of artists performing at this week's Folk Alliance Conference in Kansas City.

---
"The Worst Songs of All Time?" episode of All Songs Considered has become a meme of sorts.  Because mocking incontestably "bad" music is pointless, I made a list of ten songs I loathe by artists I love: Chuck Berry- "My Ding-A-Ling"; Beyoncé- "Drunk In Love"; The Clash- "Train In Vain"; Aretha Franklin- "Freeway of Love"; Marvin Gaye and Tammi Terrell- "Ain't No Mountain High Enough"; Jay-Z- "Girls, Girls, Girls"; Bob Marley- "Jamming"; Dolly Parton- "9 to 5"; Bruce Springsteen- "Glory Days"; Tech N9ne- "Slacker."

---
Zara McFarlane's If You Knew Her has all the attributes of an important album.  I expect If You Knew Her to be the toast of the Starbucks and Pitchfork cliques in the next few months. RIYL: Nina Simone, the next big arty thing, Cécile McLorin Salvant.

---
The dudes in Behemeth might hunt me down if they happen to stumble upon my perspective, but the Polish metal band's new release The Satanist is actually an excellent Christian rock album.  After all, people who expend so much energy quoting scripture and denouncing God obviously has a thing for J.C.

(Original image by There Stands the Glass.)
Posted by Happy In Bag at 4:37 PM 1 comment: 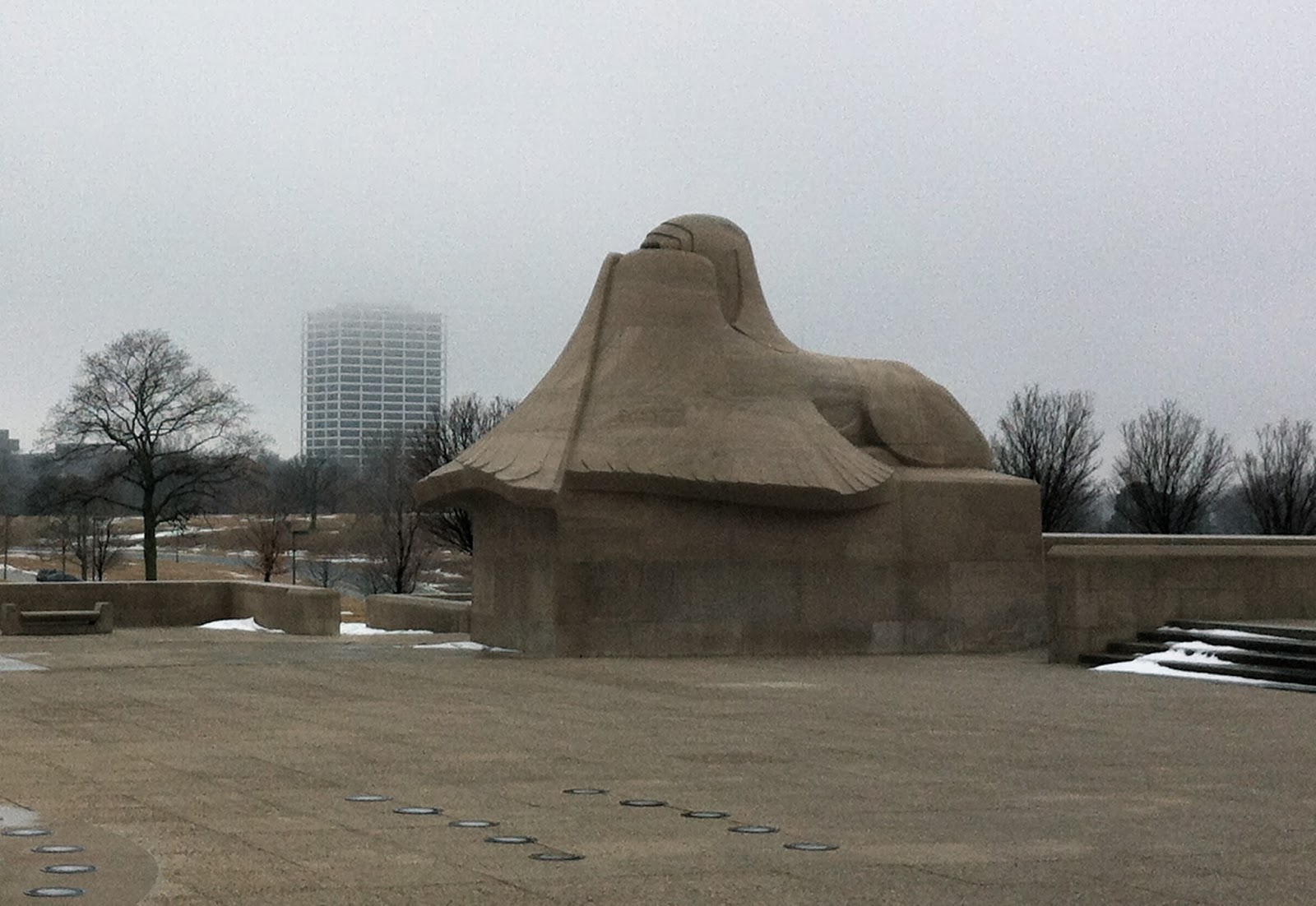 Two things struck me as I saw Angélique Kidjo perform in the midst of the African music scare of the 1990s- her diminutive size and her obvious pop aspirations.

Kidjo has probably become even smaller in the intervening years, but her new album Eve indicates that her ears continue to grow.  The recording is a purist's nightmare.  Thankfully, I'm no purist.  I take great delight in hearing Kidjo recklessly commingle a multitude of African styles and Western forms.

I wouldn't think twice about featuring many of Eve's tracks on a playlist that also included hits by Rihanna, Imagine Dragons, Kanye West and Aviici.  Kidjo explains her eclectic philosophy in an EPK for the album.

---
I reviewed the Pat Metheny Group's Kin at Plastic Sax.

---
The third best-selling album at Amazon is by a Missouri-based ensemble.  Benedictines of Mary, Queen of Apostles is punking other musicians from the Show Me State with the success of Lent at Ephesus.

---
Matt Prior goes left of the dial.

---
Lawrence's Kliph Scurlock is featured in an episode of "What's In My Bag?".

---
The 71-minute 1955 film Rhythm & Blues Review is now available for your viewing pleasure.

---
Kid Rock, Staind, Deftones, Motorhead and Black Stone Cherry are among the acts playing at the 2014 edition of Rocklahoma.

---
The trailer for a new round of Camper Van Beethoven reissues made me smile.

---
Tavis Smiley's interview with Catherine Russell is fascinating for anyone interested in the veteran jazz vocalist's background.

(Original image by There Stands the Glass.)
Posted by Happy In Bag at 9:02 AM No comments: 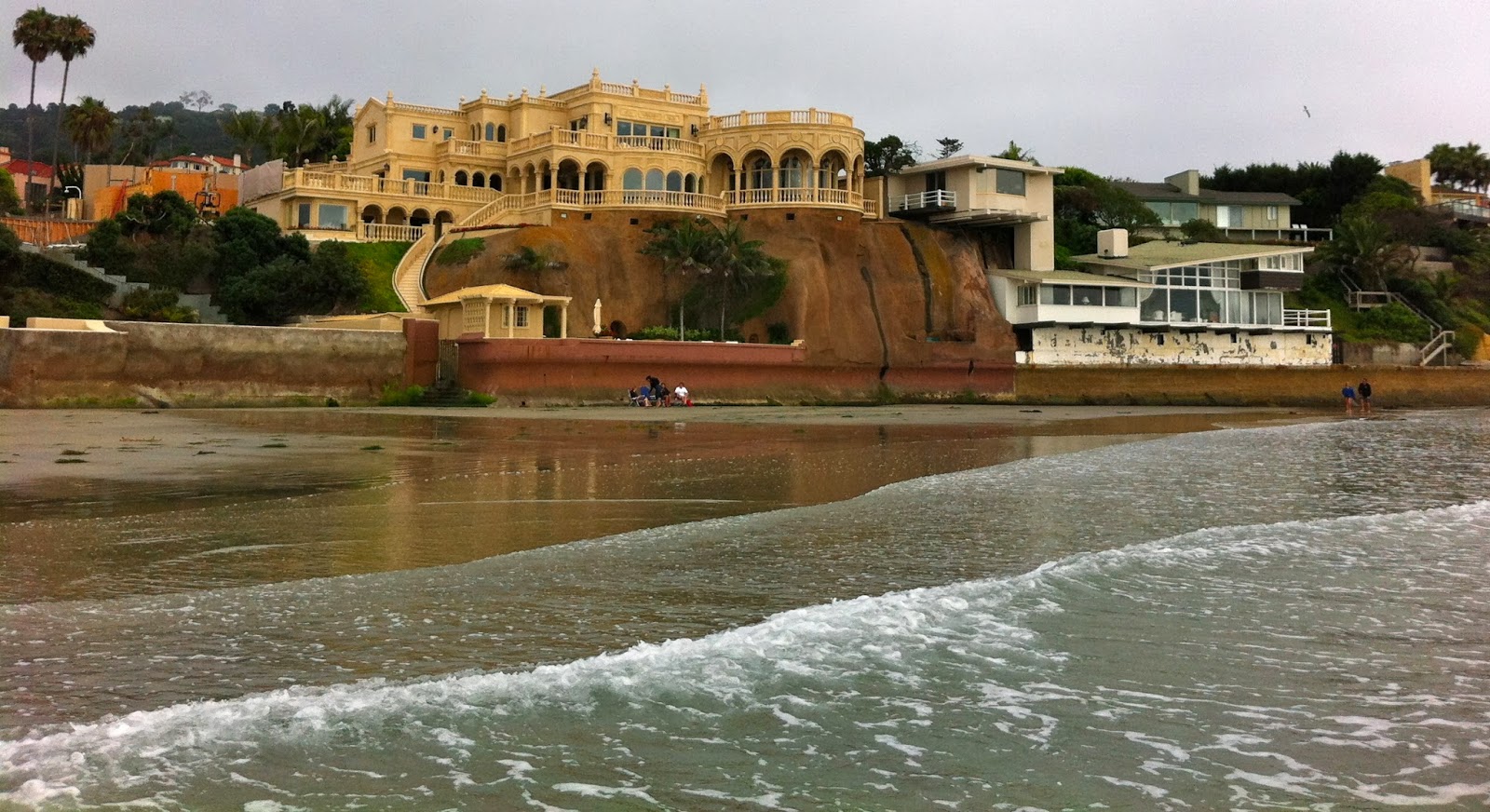 I suppose my obsession with adult-themed duet albums began when I first put a ring on someone's finger.  Whether it's Womack & Womack or Conway Twitty and Loretta Lynn, hearing a man and a woman address difficult themes in song thrills me.

Obviously, I shouldn't have been surprised.  Babyface gave a genre a name with the title of his 2004 album Grown & Sexy.  Braxton is the quiet storm version of Céline Dion.  It's tempting to suggest that the soundtrack to Disney's Frozen may be funkier than Love, Marriage & Divorce.

Mocking the album's smooth aesthetic is easy, but the truth is that I've had the album on repeat all week.  It speaks directly to me.  What tracks like "Hurt You" lack in sonic grit is made up for in the raw emotion conveyed by the blunt lyrics and exceptional vocals.

I intend to remain faithful to Love, Marriage & Divorce for the remainder of my life.


---
Here's the promotional video for the 2014 edition of the Middle of the Map festival.

---
My favorite entry in the latest episode of the KC Cypher Series is Info Gates.

---
The 2014 edition of the Gathering of the Juggalos will take place in the Ozarks.

---
I somehow missed the news of the passing of jazz trumpeter Roy Campbell, Jr. until this week.  Here's how I'll remember him.

---
Danilio Pérez has an impressive track record of making entertaining albums.  Panama 500 is no exception.  The related EPK, however, is terrible.  RIYL: Chick Corea, the unexpected, Ruben Bladés.

---
Indian's From All Purity is truly devastating.  It took me three sessions to get all the way through the metal album.  RIYL: pain, suffering, hopelessness.

---
I'm looking forward to "Our Vinyl Weighs a Ton", a documentary about Stones Throw Records.

(Original image by There Stands the Glass.)
Posted by Happy In Bag at 2:34 PM No comments: 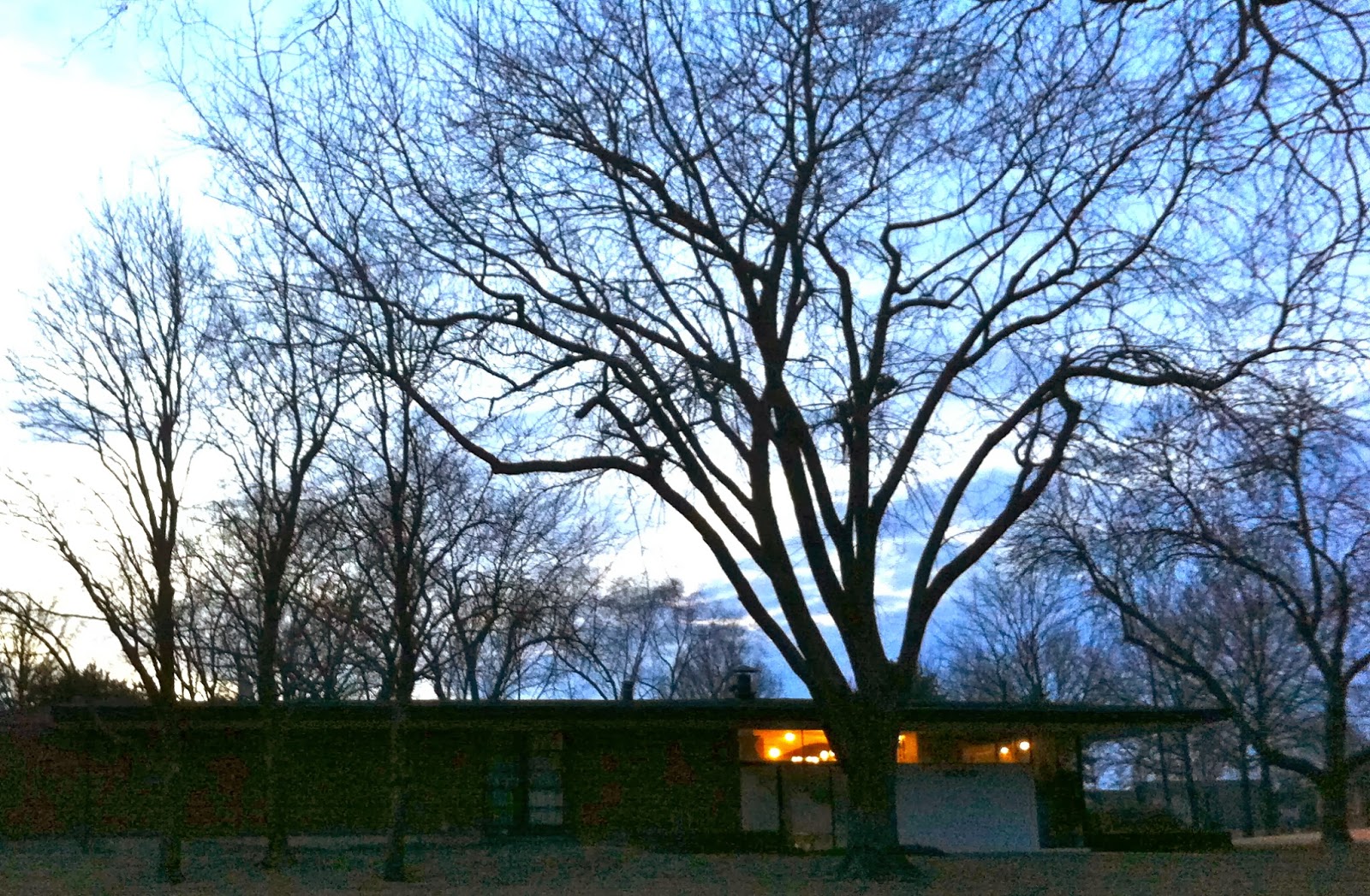 Had the Kansas City band anonymously posted a few songs from the new album It's Getting Personal and claimed they were home recordings from Brian Wilson's lost years, disheveled material like "Please Don't Forget To Take Care of Yourself" and "We'll Make It" might have become internet sensations.  The endearingly amateurish lo-fi songs contain the sort of melodies and song structures associated with Pet Sounds.

Other guileless Electric Needle Room songs bridge the divide between untrained anti-folk and geeky nerdcore hip-hop. "Maybe Not" is like a dismal rebuttal to the Flaming Lips' "Do You Realize."  "The Colic Song" resembles a Ben Folds Five outtake.

While it's only going to appeal to listeners receptive to its unprocessed aesthetic, It's Getting Personal is a brave little record.


---
I reviewed the Winter Jam festival and a Stone Sour concert last week.

---
"So long, it's been good to know you."  I never acquired a taste for the music of Pete Seeger.  Even so, the subversive "What Did You Learn In School?" and "Little Boxes" reflect my world view.  Here's my friend Dale W. on the Weavers- "These people were reviled in their time ... the biggest pop stars and a threat to the establishment that made Johnny Rotten look tame."  Amen, brother.  Seeger died last week.

---
The Marr Sound Archives posted an essay about the late Anne Winter's donation to its collection.  (Via Mark Manning.)

---
Kansas City's Mime Game has a video for the Evan Dando-esque "Do You".

---
The video for Matt Pryor's "Kinda Go to Pieces" is hilarious.  (Via I Heart Local Music.)

---
"Fed Up" is the latest video from Kansas City rapper Beama.

---
I don't know why I expected to be bored by Helen Sung's Anthem For a New Day.  It's tasteful but not tedious.  RIYL: Chick Corea, eclectic swing, Ingrid Jensen.

---
I feel like a number.  Business Week examines the demographic mining that fuels the commercial aspirations of the revived Okeh label.

---
Too True, the new album by the Dum Dum Girls, doesn't contain a single original idea.  I like it anyway.  RIYL: The Jesus and Mary Chain, unvarying formulas, Siouxsie And The Banshees.

---
Metal Albums With Googly Eyes is genius.  (Via Mike Stover.)

---
The ballyhooed electronic elements of Mogwai's Rave Tapes are fine, but it's really nothing to write home about.  RIYL: Loud new age music, Explosions In the Sky, sterility.

---
I was initially thrilled to discover Get the Blessing.  Yet I've decided that the band is less concerned with forging a new direction for jazz than with updating the Canterbury scene.  RIYL: Soft Machine, jazz that's not really jazz, Pink Floyd.

---
I'll be spending a lot of time with Mutations, the forthcoming album by Vijay Iyer.

---
The Hold Steady used to be my favorite rock band.  Here's a trailer for the band's forthcoming album.  (Fingers crossed.)

(Original image by There Stands the Glass.)
Posted by Happy In Bag at 4:49 PM No comments: