Speaking to God in Public 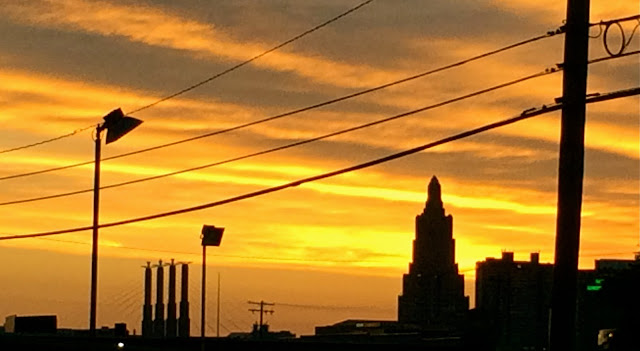 My two favorite albums of 2016 are by Chicago rappers.  Here’s the kicker: Kanye West’s The Life of Pablo and Chance the Rapper’s Coloring Book are gospel albums.  West insists that “this is a God dream.”  Chance avers that “I speak to God in public.”  Their testimonials aren’t negated by the inclusion of raps about inebriation, pride, lust and avarice.  The name of this site indicates that I’m sympathetic to their imperfections.  As a person of faith, I neither seek nor require categorical spiritual validation from artists.  Nevertheless, the praise songs on The Life of Pablo and Coloring Book inspire me.


---
I reviewed a Florence + The Machine concert.

---
I logged eight hours at the Westport Roots Festival.  Here are my notes for The Kansas City Star.  I also wrote a preview of the annual event.

---
The eponymous album by the young Tuareg band Imarhan is exciting.  Here’s a video for the title track.

---
I don’t enjoy playing the role of a fussbudget, but Robert Glasper's revision of Miles Davis’ music on Everything’s Beautiful is a bummer.  RIYL: Erykah Badu, jokers who like to shout “remix!”, Marcus Miller. 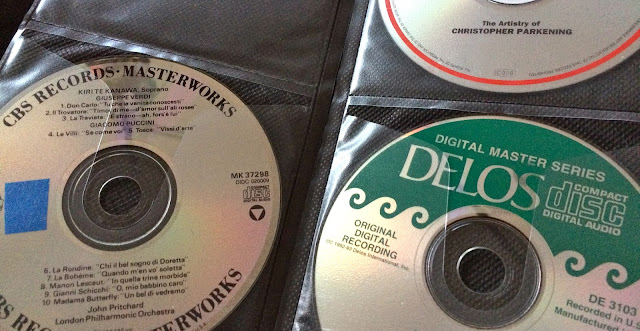 Even in the age of unlimited streaming sounds, inspecting a physical library of prerecorded music thrills me.  The property I rented on the coast of Oregon last week was equipped with a fine library of classical, jazz and folk CDs.  I thoroughly enjoyed playing selections by Yo-Yo Ma, Dave Brubeck and Leonard Cohen on the cliff-side cabin’s excellent stereo as I looked for the gray whales that occasionally caroused several hundred yards below.


---
I previewed a Florence + The Machine concert for The Kansas City Star and Ink magazine.

---
Two of the four most recent posts at Plastic Sax extol new recordings by Pat Metheny.

---
Guy Clark has died.  The Texan was extremely shaky during an appearance at the Folly Theater a couple years ago, but I named a 2005 concert at the Uptown Theater as one of the best shows of the decade.

--
Joe Temperley has died.  I last heard the Scottish saxophonist perform with the Jazz at Lincoln Center Orchestra at Helzberg Hall in 2011.

---
Until I learned of his death today, I didn’t realize that Nick Menza of Megadeth also played jazz fusion.  Here’s footage of Menza with his band OHM.

---
Emilio Navaira has died.  According to my records, the Tejano musician last performed in Kansas City 12 months ago.

---
Theo Croker’s Escape Velocity may be the culmination of what so many young jazz musicians have been driving at in recent years.  The album possesses an up-to-date groove without forsaking tradition.  RIYL: Herbie Hancock, the now, Roy Hargrove.

---
Musiq Soulchild successfully catches up to Drake, Miguel and Frank Ocean on Life On Earth while retaining his old-school sound.  Here’s ”I Do”.

(Original image by There Stands the Glass.)
Posted by Happy In Bag at 4:04 PM No comments:

Concert Review: Tortoise at the Granada 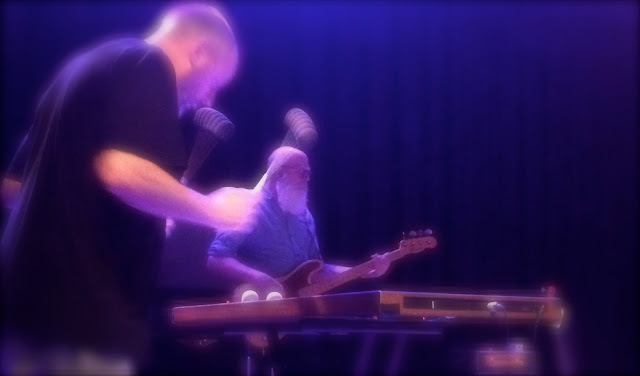 I attended my first Tortoise concert last night.  More than 25 years into the Chicago collective’s career, I finally understand what all the fuss is about.  The songs that had always struck me as theoretical post-jazz abstractions came to life during Tortoise’s 90-minute performance at the Granada.  The paltry crowd of about 150 (including at least 20 women!) didn’t dampen my enthusiasm.  I drove to Lawrence and purchased a $25 ticket on a whim.  My impulsive act may have permanently transformed the way I think about music.


---
My five favorite performances at Ink’s Middle of the Map Fest were by Group of the Altos, Ebony Tusks, Gallant, Jorge Arana Trio and Manchester Orchestra.  I contributed to The Kansas City Star’s reviews of the event on Friday and Saturday.

---
I discussed Ida McBeth with Steve Kraske on KCUR yesterday.

---
I ponder cultural appropriation in my preview of Disclosure’s concert at Crossroads KC.

---
The new incarnation of recordBar at 1520 Grand Blvd. reminds me of the Slowdown in Omaha.  That’s a good thing.

---
I felt like a proper German as I swooned over Robert Schumann’s third symphony during the Midwest Chamber Ensemble’s concert at the Lutheran Church of the Resurrection on Sunday.

---
The Kansas City rapper Young Devi D has a video for ”Don’t Judge Me”.

---
I’m pleased by the critical consensus for Sturgill Simpson’s A Sailor's Guide to Earth.  The solid album deserves much of the acclaim.  Weeks before the release of Simpson’s album, a friend insisted that I’d love Shooter Jennings’ Countach (For Giorgio).  He was right.  The completely bonkers project opens with a sample of Waylon’s "Don't You Think This Outlaw Bit's Done Got Out of Hand."  The track gradually morphs into a disco/techno banger in the vein of Giorgio Moroder.  Jennings also transforms the warhorse I’m Left, You’re Right, She’s Gone into a throbbing electro-twang dance track and a fiddle battles Marilyn Manson for supremacy on a delightfully campy version of David Bowie’s “Cat People.”  That's what being an outlaw is all about.

---
I’m always surprised when people tell me that they’ve never heard the song “There Stands the Glass.”  TSTG pal and honky tonk authority BGO thought that this site’s readers might enjoy David Ball’s rendition of the standard.

(Original image of Tortoise by There Stands the Glass.)

He Believes He Can Fly 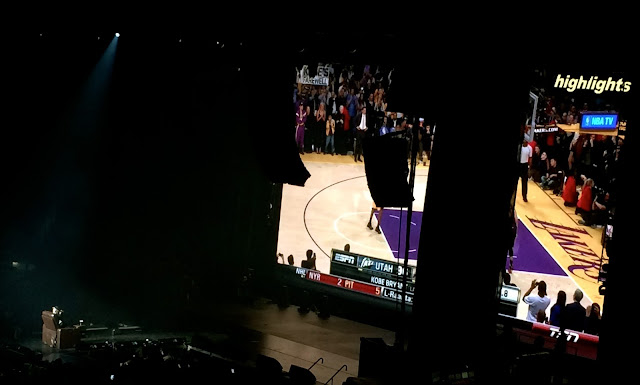 It may take me the rest of the year to process everything I heard and saw at R. Kelly’s bizarre outing at the Sprint Center on Saturday.  I hadn’t attended a Kelly concert in nine years, a period in which the Pied Piper of R&B made several essential additions to his vast discography.

The first 30 minutes of his maddeningly inconsistent appearance were so disheartening that I cursed myself for wasting $67 on the cheapest available ticket. My interest grew as the concert became increasingly odd.

An abbreviated list of Kelly’s foibles: He spent a few minutes watching television from an easy chair (pictured).  A woman in the front row ostensibly massaged his crotch for about a minute (thankfully, my view was obstructed).  After his microphone was wrested away during a foray into the audience, Kelly was propositioned by a self-described “thick midget.”  Kelly had an extended discussion with a drone/blimp.  A video demonstrating his prowess as a trick shot hoop star was screened.  A man with an anemic t-shirt cannon shot objects into the audience.

Kelly’s rhapsodic voice belied these oddities throughout the disjointed show.  He sounded phenomenal even though it was unclear whether he was singing over prerecorded tracks or with a live band.  He paid tribute to Prince by playing a recording of “Purple Rain” as he hung his head.   Prince’s tragic death moves Kelly, a man already known as The King of R&B,  to the top rung of a category I’ll call “Most Vital and Brilliant Veteran R&B Artist.”

It’s a shame that Kelly doesn’t have someone on his team with the authority to help him properly showcase his immense talent.  Here’s Tim Finn’s review of Saturday’s concert.

---
I previewed the Middle of the Map Fest’s lineup of Zhu, Vince Staples, Gallant, Ebony Tusks and Blk Flanl.

---
My $40 ticket to the Who was- please forgive me- a bargain, the best I ever had.  It took less than ten minutes for the band to eradicate my ill-placed skepticism.  Here’s Tim Finn’s review.

---
I recently praised Snarky Puppy at There Stands the Glass.  A few tracks on the live session Family Dinner, Vol. 2 tricked me into believing that the collective was more than the 21st century version of the Stan Kenton Orchestra.  I was wrong.  The new album Culcha Vulcha is RIYL: high school band camp, Doc Severinsen, transcribing solos.

---
My friend S. raved to me about Parker Millsap several months ago.  I joined S. on the young Oklahoman’s bandwagon when I heard  the new album The Very Last Day last weekend.  RIYL: Steve Forbert, next-big-(folk)-things, Greg Brown.

(Original image by There Stands the Glass.)
Posted by Happy In Bag at 2:19 PM No comments: