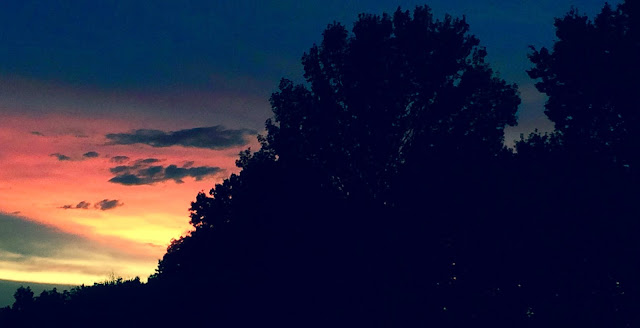 I don’t recall hearing nursery rhymes as a kid.  The sing-song hits of Cat Stevens, however, were integral components of the soundtrack of my childhood.  “Wild World” and “Peace Train” are among the ditties that helped shape my worldview at an impressionable age.  The Laughing Apple is rightfully billed as a return to form for the man who now goes by Yusuf Islam.  I can’t resist the nostalgic charm of guileless songs like ”See What Love Did To Me” and “You Can Do (Whatever)”.


---
I reviewed Melissa Etheridge’s concert with the Kansas City Symphony at Helzberg Hall.

---
Thundercat gave me hope last week.  My notes about his revelatory concert in Lawrence are at Plastic Sax.

---
I celebrated the reunion of Hadacol on KCUR’s Up To Date.

---
Riser, the debut album of the London based guitarist Rob Luft, is so startlingly imaginative that it makes the majority of jazz musicians seem like dullards.  RIYL: Lionel Loueke, unorthodoxy, David Binney.

---
I take the Christian rapper Lecrae seriously.  That’s why I’m disappointed by the wildly inconsistent All Things Work Together.  Here’s ”Blessings”.

---
Young Martha, the four-song EP that pairs the eccentric rapper Young Thug with the left-of-center producer Carnage, is correspondingly freaky.

(Original image by There Stands the Glass.)
Posted by Happy In Bag at 1:30 PM No comments: 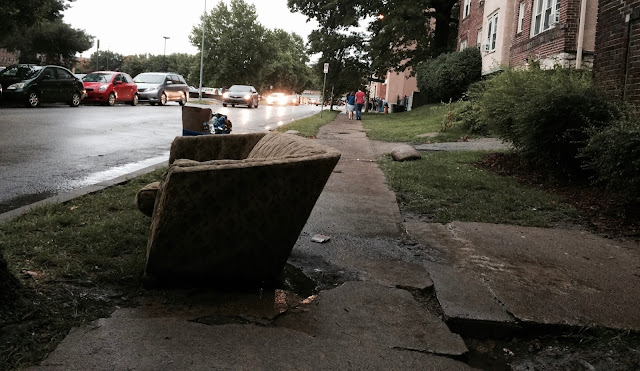 The rims on the minivan in the hilarious video for ”Konichiwa” sold me on the Kansas City rapper Pistol Pete.  He’s as funny as Mac Lethal and as funky as Rich the Factor on his new album The 3Pete.

Pistol Pete insists that “I ain’t a rapper, I’m more a storyteller” on “2bad2good.”   The track’s jazz foundation indicates that the title is a likely reference to the Canadian jazz/hip-hop collective BadBadNotGood.  “So Gone” also swings while other tracks reveal the influence of Mac Dre.

The 3Pete concludes with my new theme song “Only Opponent.”  Like Mac Lethal, Rich the Factor and Pistol Pete, I see my most formidable adversary “when I look in the mirror.”

---
I featured Molly Hammer in my weekly segment for KCUR.

---
I documented a portion of my recent whiskey trip to Louisville at Plastic Sax.

---
The one-time Kansan Mark Selby, a graduate of Fort Hays State who co-wrote the Dixie Chicks hit “There’s Your Trouble,” has died.

---
Difficult admission: I’d never heard most of the tracks on the new Can compilation The Singles.  Aside from a few slices of cheese at the end, every song is stunning.

(Original image by There Stands the Glass.)
Posted by Happy In Bag at 4:39 PM No comments:

Puttin' On the Ritz 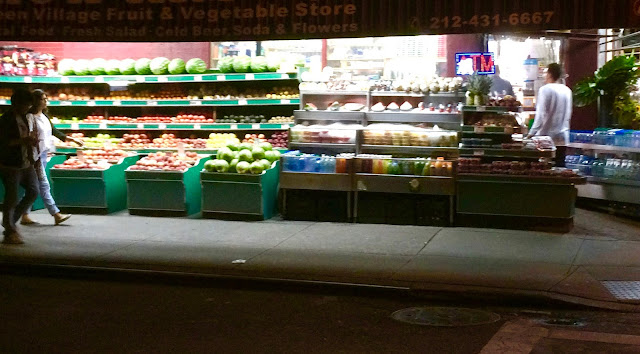 A base in Greenwich Village on a recent trip to New York City altered my perspective of the ostensible artistic and economic capital of the world.  Aside from the omnipresent scent of urine, there was nothing I didn’t like about the neighborhood (not that I could afford even the least expensive items in many of the rarified shops.)  Finding the willpower to sleep when renowned jazz clubs were within a 15-minute walk was a real challenge.

I didn’t catch Bill Charlap this time around, but the sophisticated tone of the pianist’s new album Uptown, Downtown with bassist Peter Washington and drummer Kenny Washington reflects the urbane ambiance I encountered at tony venues including the Blue Note.  (Here's my footage of a fancy Eddie Palmieri show.)

The host at Mezzrow may have mistaken me for David Lynch when he positioned me at a prime table for a solo concert by Sullivan Fortner even though I was wearing a ratty t-shirt.  I felt like I was at the top of the world as people decked out for fashion shoots and residents of luxury condos envied my spot within arm’s reach of the engaging young pianist.

---
I laud the Black Dolphin at Plastic Sax.

---
Hüsker Dü was one of my favorite bands in the mid-’80s.  Grant Hart’s warm songs provided vital balance on classic albums like Flip Your Wig.  Hart died Wednesday.

---
I caught Sheer Mag at Kaiju in Louisville last week.

---
Hearing Sammy Hagar’s “Heavy Metal” on KSHE while driving through St. Louis this week made me giddy, but played-out tracks by Jefferson Starship, Pink Floyd Cheap Trick, Tom Petty and Yes just made me sad.

---
I admire Matt Wilson’s Honey and Salt: Music Inspired by the Poetry of Carl Sandburg, but I don’t necessarily like it.  RIYL: Ken Nordine, beatniks, Lord Buckley.

---
A pithy jam band?  That’s the premise of Hard Working Americans.  We’re All In This Together is RIYL Todd Snider, barroom blues, Widespread Panic.  Here’s the title track.

---
Much of Living Colour’s Shade is stunning.  Here’s the band’s cover of “Who Shot Ya?”

---
My lack of enthusiasm for Malija’s Instinct is further proof that I’m not automatically in the tank for every highly-touted Euro-jazz album.  RIYL: Paul Desmond, cold handshakes, Phronesis.

---
Antibalas’ Where the Gods Are in Peace is more of the same.  That’s a good thing.  RIYL Fela, celestial jams, Lettuce.

Concert Review: Rich the Factor, the Popper and Don Juan at 7th Heaven 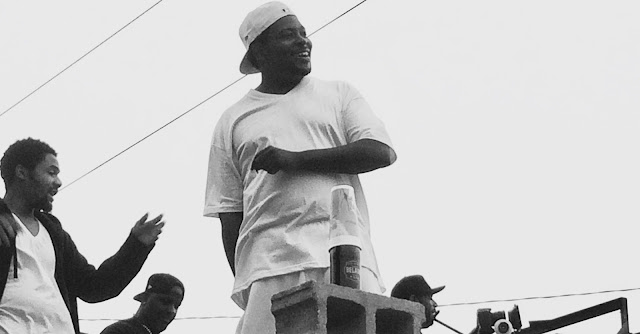 “I’m KC!”  I don’t wear Kansas City-branded t-shirts and I’ve never used a #kcpride hashtag.  Yet as the Popper performed his latest anthem about Kansas City in a parking lot on Troost Avenue on Labor Day, I realized that I may be Kansas City’s truest music enthusiast.  Not only did I begin documenting my longstanding devotion to the sound that made the town famous at Plastic Sax in 2007, I have concurrently chronicled the rap scene that’s produced the only other hometown sound to make a significant global impression during that span.

In the four-and-a-half hours I spent at the free outdoor event sponsored by 7th Heaven, Rich the Factor, the Popper and Don Juan were among the prominent artists who expressed appreciation for their longstanding partnership with the scrappy retailer.  Bucking music industry trends, CDs are sold alongside the apparel lines of Kansas City rap heavyweights at the store.

As I wrote in a 2016 album review, Rich the Factor is “a veritable legend on the streets of the city’s urban core.” He affirmed his status during an auspicious headlining performance.  Don Juan performed “I Am the Street” after boasting that “I started that Tech N9ne sh*t” and reminding onlookers of his affiliation with the late Mac Dre.  Rush Borda, Chauncey Clyde and the teen duo Candii Gyrlz were among the other notable acts at the makeshift rooftop stage that validated my obsessive dedication to the most essential Kansas City music.

I posted video snippets of sets by Rich the Factor, Don Juan and The Popper to my Instagram account.  I also documented 7th Heaven’s Taste of Troost party in 2009.


---
I named the forthcoming Gorillaz show at the Sprint Center my concert of the month for The Kansas City Star and Ink magazine.

---
The Project H is KCUR’s Band of the Week.  My on-air segment will appear online in this space.

---
I recount my experience at the Charlie Parker Jazz Festival in Tompkins Square Park at Plastic Sax.

---
I hope the reports that the Kansas City musician Ben Juneau has died are incorrect.

---
Holger Czukay of Can has died.

---
I opted to attend Noise Fest at Davey’s rather than the Kansas City Irish Fest at Crown Center last weekend.  Most of the acts I saw at the shambolic event sponsored by Leavenworth’s Big Pharma Records were merely uninspired dudes who manipulated feedback and static.  Only Pussyvision’s riveting freakout redeemed my break with tradition.

---
A$AP Mob’s Cozy Tapes Vol. 2: Too Cozy is rude, childish and without any redeeming social value.  Needless to say, I'm all about it.  Here’s “Perry Aye”.

---
The members of Algiers and I clearly like a lot of the same records.  It’s odd, consequently, that I can’t get into The Underside of Power.  RIYL Solomon Burke, futuristic gospel, Elvis Presley.  Here’s the title track.

---
While it’s not exactly complex, Lil Uzi Vert’s Luv Is Rage 2 is shockingly multidimensional.  Color me (very) impressed.  Here’s ”How To Talk”.

---
New Order’s Power, Corruption and Lies turned my world around in 1983.  Even with its overt tributes to Suicide and David Bowie, I hear LCD Soundsystem’s American Dream as a heartfelt homage to the seminal release.

---
If Tyler, The Creator is really as miserable as he sounds on Flower Boy, he’s likely going to be utterly despondent when he's 50.  RIYL: cranks, Earl Sweatshirt, misanthropes.  Here’s ”Who Dat Boy”.

---
I can’t be sure that I’ve listened to Ozuna’s ridiculously slight Odisea.  His reggaeton is the wispiest music I’ve heard.  Here’s “Una Flor”.

---
I don’t loathe Portico Quartet’s Art in the Age of Automation because the ensemble has shifted away from jazz.  I simply can’t stand the sound of soulless ringtones.

---
The gratuitous volume employed by Mogwai at a Matador Records showcase at SXSW in 2001 came just shy of making my ears literally bleed.  I was unable to flee because I was working the show.  I’ve held a grudge against the Scottish band ever since.  Even so, I’ve fallen hard for Every Country’s Sun.

(Original image of Rich the Factor by There Stands the Glass.)
Posted by Happy In Bag at 4:32 PM 1 comment: