(Original image of Elton John by There Stands the Glass.)
Posted by Happy In Bag at 3:39 PM No comments: 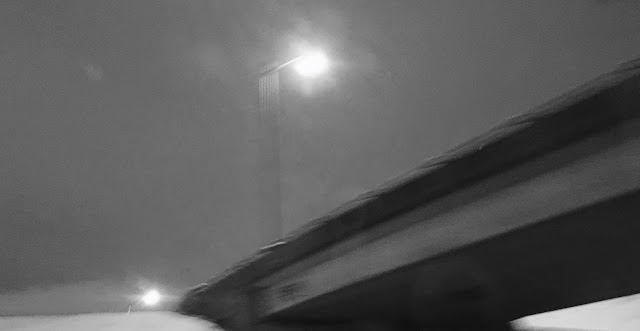 Even though it’s precisely the type of album my dad would have imposed on me when I was a kid, I’d never heard Bobbie Gentry’s 1968 song cycle The Delta Sweete until this week.  It’s absolutely bonkers!  Bobbie Gentry’s ‘The Delta Sweete’ Revisited, Mercury Rev’s exquisite interpretation of the album, is far less loopy.  Yet even as the guest vocalists including Beth Orton, Hope Sandoval, Phoebe Bridgers, Norah Jones and Lucinda Williams attempt to ratchet back the weirdness, their languid contributions are still wondrously eerie.  These creepy bedtime lullabies are the stuff of lurid Southern gothic nightmares.


---
Peter Tork of the Monkees has died.

---
Kofi Burbridge, a longtime associate of Derek Trucks, has died.

---
Yuck!  The circa-1985 mainstream rock production on Gary Clark Jr.’s This Land is a dealbreaker.  The bluesman’s new songs sound as if they’re intended to played alongside the Firm’s “Radioactive” and Eric Clapton’s “Forever Man.”  RIYL: corporate rock, Foreigner, groupthink.

---
I don’t intend to listen to Angel Bat David’s The Oracle again, but I admire every aspect of her lo-fi sound collage.  RIYL: truth, International Anthem, Tape Op magazine.

---
I expected Chris Potter’s Circuits to be a contender for my album of the year.  Boy, am I ever disappointed.  At first blush, the saxophonist’s collaboration with keyboardist James Francies, bassist Linley Marthe and drummer Eric Harland seems substantially less than the sum of its formidable parts.

---
If I were king of the world, I’d mandate that the four best selections on Alicia Olatuja’s lovely Intuition: Songs from the Minds of Women dominate the pop charts for the remainder of the year.  RIYL: Kandace Springs, tastefulness, Lizz Wright.

(Original image by There Stands the Glass.)
Posted by Happy In Bag at 11:01 AM 1 comment:

I came for Mulatu Astatke and stayed for the cosmic grooves.  The giant of Ethiopian jazz contributes to a selection on the new Nubiyan Twist album Jungle Run, but every track on the project fills me with a warmth that repels the excruciating winter chill.  Twining the sounds of Roy Ayers, Fela, Curtis Mayfield, Roni Size, Soul II Soul and Erykah Badu into a riveting fabric, the youthful British “future jazz/afro-dub” collective weave entirely new patterns into a comforting blanket that makes me feel more secure than Linus van Pelt.  Here’s “Tell It To Me Slowly”.

---
Hey, jerks: I’m still seeking a roommate for the Big Ears Festival in Knoxville next month.  I’m locked in for four nights at the convention hotel at the axis of the avant-garde hullabaloo.  Hit me up.

(Original image by There Stands the Glass.)
Posted by Happy In Bag at 8:33 AM No comments:

A Line in the Sand

I was certain Florida-Georgia Line was the worst band I’d ever encountered the first time I attended a performance by the pop-country act.  The duo’s new Can’t Say I Ain’t Country is another batch of calculated bro-country gewgaws, but my antipathy toward the style has waned.  Not only does Florida-Georgia Line no longer offend me, I’ve come to respect the hustle.  Aspiring to be the country version of Maroon 5 is a savvy business decision.  And I genuinely enjoy singing the lyric “lookin’ like a line from a Vandross song” over the canned production of “Talk You Out of It.” I’m also amused by the lustiness of the Ronnie Milsap-style slow jam “Told You.”  Only the infuriating stomp-and-shout “Simple” and the crass corniness of “Women” make me want to break things.

---
I reviewed Blake Shelton’s collaboration with Trace Adkins, Lauren Alaina, John Anderson and the Bellamy Brothers at the Sprint Center.

---
I take note of Karrin Allyson’s Some of That Sunshine at Plastic Sax.

---
I pray that the inherent pleasures of state-of-the-art pop will never sound stale to me.  While the album is immediately gratifying, the aggrieved tone of Ariana Grande Thank You, Next makes it less enjoyable than last year’s Sweetener.  Here’s “Bloodline”.

---
Shake it on down.  Signs, the latest release by the Tedeschi Trucks Band, makes me want to sell all my earthly possessions in order to follow the groovy blues/soul/rock/jam band around the globe.  RIYL: the Band, tie-dye, Leon Russell.  Here’s “Hard Case”.

---
Sincerely, the P, the bittersweet finale of the longstanding Los Angeles hip-hop duo People Under the Stairs, is endearing.

---
I’m pained to report that Songs of Freedom, Ulysses Owens Jr.’s well-intentioned album of socially conscious songs like “Mississippi Goddam,” has no bite.  Toothless and stuffy, the all-star project sounds as if it’s aimed at the residents of blue state nursing homes.

---
Even though there’s not a single original note on Texas Queens 5, I can’t can’t stop listening to the collaboration between the Japanese roots revivalist group Bloodest Saxophone and a few Texas based vocalists.  Here’s “Losing Battle”.

(Original image by There Stands the Glass.)
Posted by Happy In Bag at 1:21 PM 1 comment:

Twin Talk infuriates me.  The bold sound of its new album Weaver makes the output of far too many jazz artists seem passé.  Knowing that the trio of Katie Ernst, Andrew Green and Dustin Laurenzi are making startling sounds in Chicago renders the prospect of hearing their less imaginative peers gig in Kansas City clubs substantially less appealing.  While there are no exact analogies, Twin Talk’s surprising attack evokes bits of Sara Serpa, the Bad Plus and David Binney.  The trio’s connection to Bon Iver is also evident (but is never overbearing).  Here’s the title track of Weaver.

---
Edwin Birdsong, a legend among R&B crate-diggers, has died.

---
The Nashville insider Harold Bradley, the brother of Owen Bradley, has died.

---
I respect Robert Pollock more with each passing year.  Guided By Voices’ Zeppelin over China is preposterously good.  About two dozen of the 32 songs are keepers.  RIYL: The Who’s Quadrophenia, impossible feats, the Pretty Things’ S.F. Sorrow.  Here’s “The Rally Boys”.

(Original image by There Stands the Glass.)
Posted by Happy In Bag at 8:25 AM No comments:

Bow Down: Keaton Conrad is Kansas City's Prince of Pop 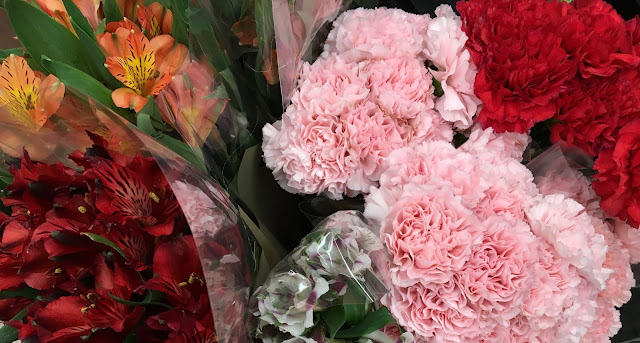 Although I’ve praised him in The Kansas City Star (here and here), Keaton Conrad remains an absurdly unheralded young Kansas City musician.  That’s about to change.  An appealing blend of John Mayer’s guitar heroics and Charlie Puth’s pop wiles make Conrad’s new album Nova irresistible.  By deftly incorporating a dash of Harry Styles’ penchant for rock grandiosity and a pinch of Shawn Mendes’ melodic charm into his expansive sound, Conrad earns the title of Kansas City’s Prince of Pop.  “I Think I Fell In Love With You” and “What Am I Supposed to Do?” sound like surefire hits.  The ‘70s-ish production of a few tracks including “Rust” is bloated and the evocation of the Bee Gees hit “Stayin’ Alive” on the chillwave jam “Introspective” is only marginally effective.  Yet even the weakest components of Conrad’s space-themed song cycle are impressively ambitious.  Bow down.

(Original image by There Stands the Glass.)
Posted by Happy In Bag at 12:54 PM 1 comment: