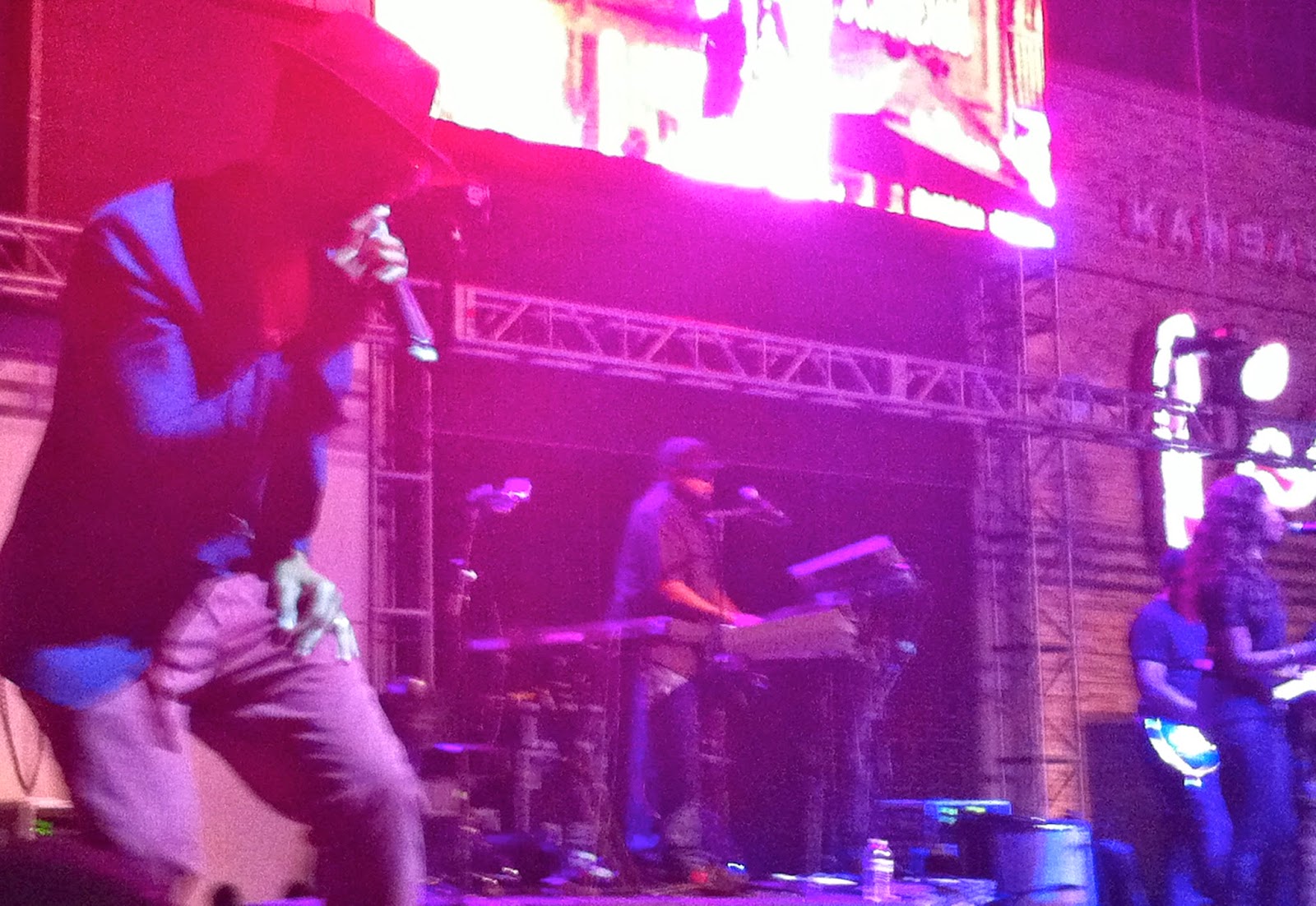 I couldn't have imagined the sexually-charged mayhem I was about to experience when I entered Kemper Arena to see Marvin Gaye in 1983.  I've since been part of dozens of similarly fevered audiences.  It never gets old.  Sunday's free Eric Benét concert on the KC Live stage in the Power & Light District was one of the best of the type I've attended.  As Halle Berry's ex-husband crooned ballads like the sensitive "Sometimes I Cry" and the sultry "Chocolate Legs", many in the audience of 9,000 screamed deliriously.  While earsplitting, their shouts and the fine work of Benét's five-piece band competed with the canned music that blared from many of the adjacent taverns and restaurants, an inexcusable insult that's plagued concerts in the district since 2008.


---
I reviewed the Preservation Hall Jazz Band's concert at the VooDoo Lounge.

---
In the previous There Stands the Glass post I lamented the lack of truly great new music.  The Architects may have rescued me.  At first listen, Border Wars (Episode II) sounds magnificent.  RIYL: The Clash, rock and roll lifers, Sham 69.

---
Lou Whitney, one of the greatest living Missourians, is ailing.  Here's 75 minutes of prime Morells.  (Via D.W.) 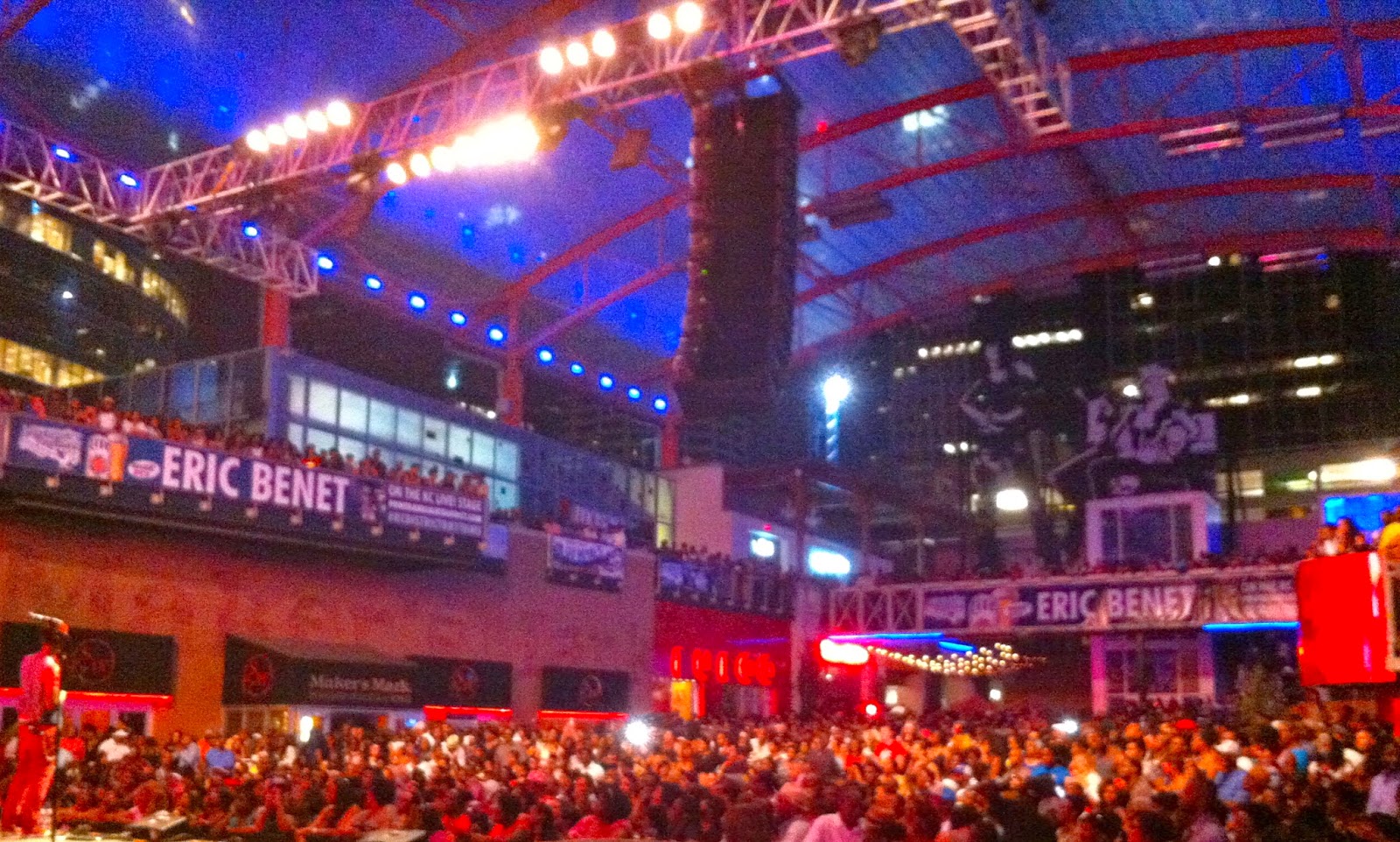 (Original images by There Stands the Glass.)
Posted by Happy In Bag at 2:53 PM No comments: 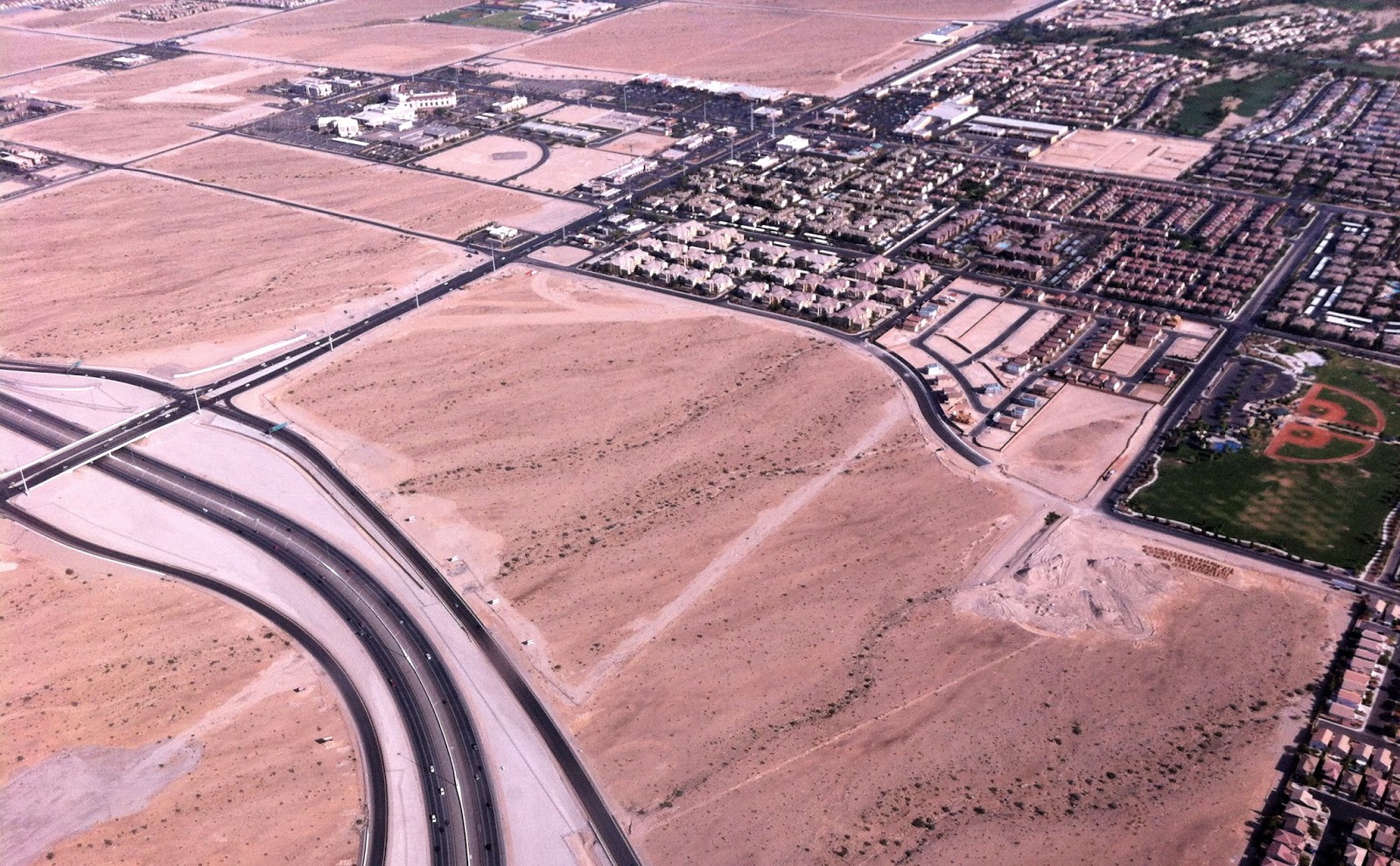 (Original image by There Stands the Glass.)
Posted by Happy In Bag at 5:42 PM 4 comments: 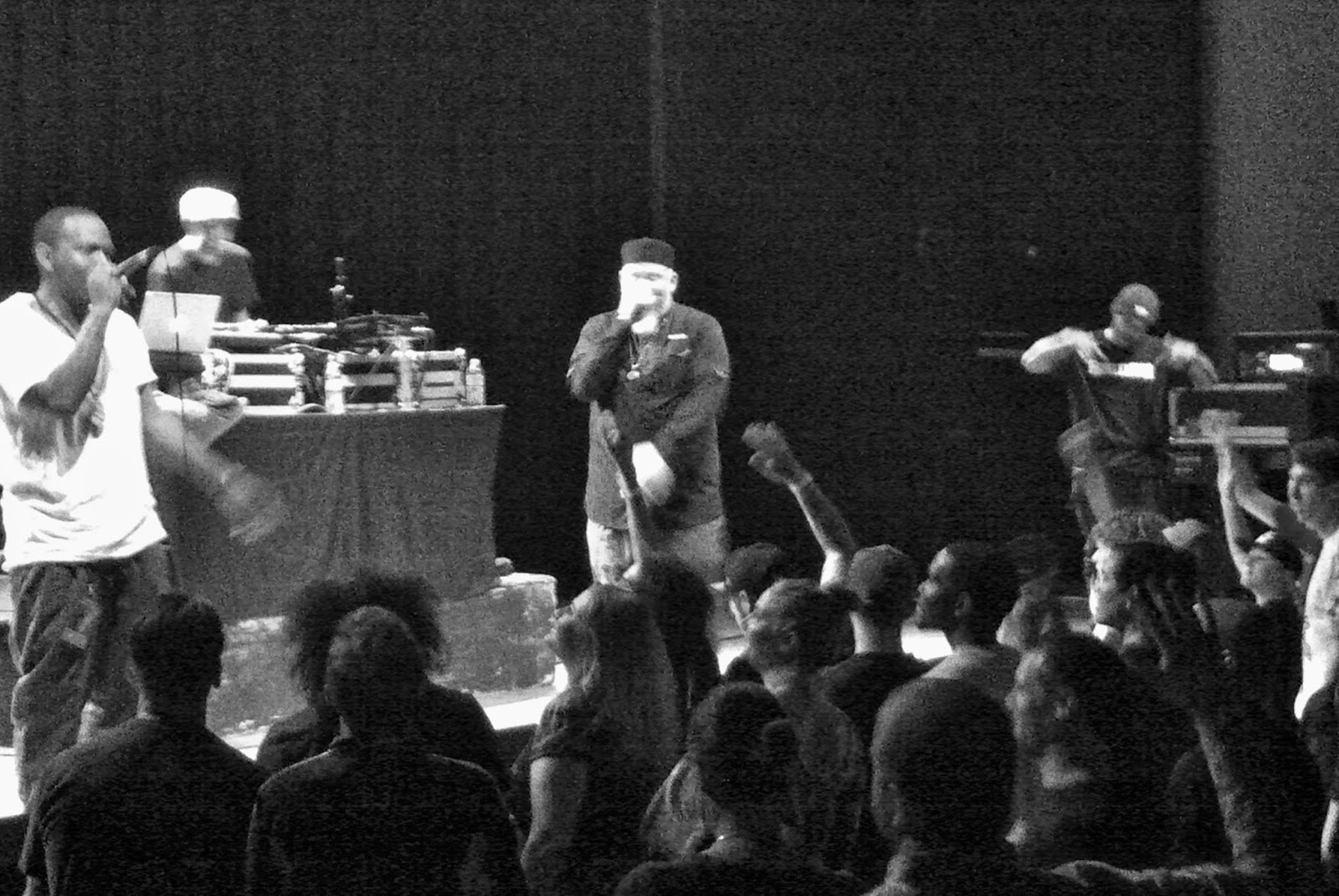 I went to a hip-hop concert and an Occupy Wall Street rally broke out.  Lacking a backpack filled with spray paint and Howard Zinn tracts, I felt a bit more out of place than usual at the Granada on Sunday.

Backed only by DJ Last Word, Brother Ali, Bambu and Mally performed over two hours of old-school hip-hop for the 100 or so people who had ponied up $15 to gain entry.

Ali explained that he embarked on a tour without a new album or promotional support in an effort to reconnect with his real fans.  He added that he selected his tour mates partly because they were good fathers to their children.  The Minneapolis rapper is so painfully sincere that I had to take him at his word.  Coming from most anyone else, the assertions would have seemed like weak rationalizations for the pitiful turnout.

Long one of my favorite MCs, Ali performed most of his best known material, from the scathing political attack "Uncle Sam Goddamn" ("Obama is killing people with drones") to the self-esteem anthem "Forest Whitiker" ("you ain't gotta love me").  A rap about raising children in the aftermath of the Mike Brown incident was the clear highlight of the evening.

The contradictory messages espoused by Los Angeles' Bambu irritated me so much that I considered giving him a piece of my mind after the show.  Minneapolis' Mally was likable enough.  The trio issued an informal performance of "Home Away" earlier this week.


---
I reviewed a concert by the Flaming Lips and Electric Würms.

---
The video for Kansas City Bear Fighters '"You're In Kansas" is clever.  (Via Tony's Kansas City.)

---
Here's the video for Farout's "Bittersweet".

---
Polar Bear is better on paper than on headphones.  In Each and Every One is RIYL: Radiohead, jazz for people who don't like jazz, the Pat Metheny Group.  Here's "Life and Life".

---
Steve Arrington continues to funk everything up.

---
From the Why Didn't Any of You Jerks Tell Me About This Department- GoGo Penguin's excellent v2.0 is RIYL: Esbjörn Svensson Trio, European jazz, the Bad Plus.  "Hopopono" is a representative track.

(Original image by There Stands the Glass.)
Posted by Happy In Bag at 2:52 PM No comments: 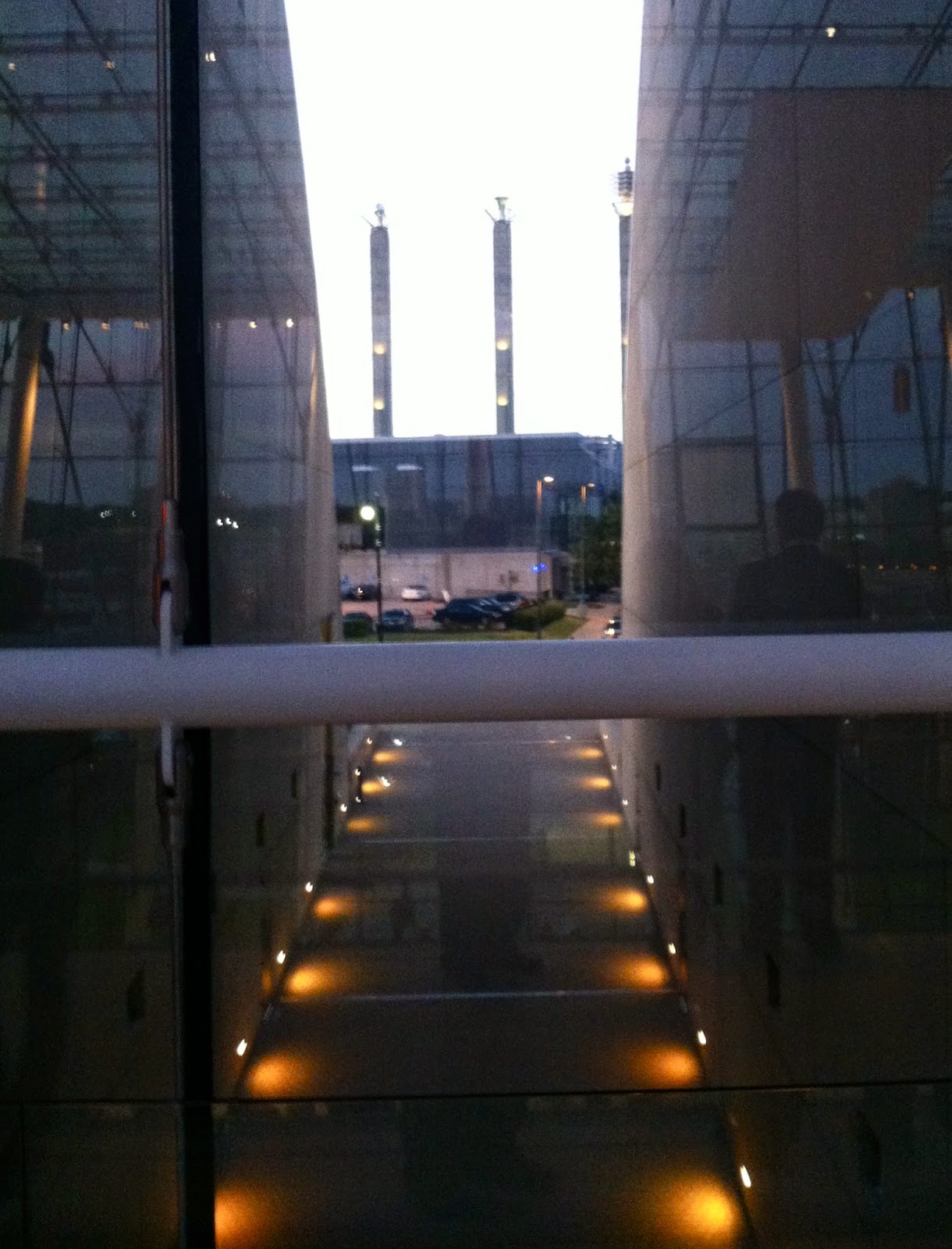 I didn't realize that my fandom of Joyce DiDonato had become unhealthy until I spent the first couple minutes of her appearance Saturday at Helzberg Hall hating on her new hairstyle.  Then she started singing.

I hung on every note of Ravel's sublime "Shéhérazade."  DiDinato's rendition of Strauss' century-old art-pop song "Morgen" was sweet.  Even a horrendously cloying arrangement of her encore of "Danny Boy" didn't spoil the fun.

Much to my surprise, almost no one in the audience of about 1,500 left after intermission.  I'm not much on Tchaikovsky, so I just closed my eyes during the second half of the concert and passively let the sound of his Symphony No. 5 wash over me.  The fact that the pretty stranger sitting next to me smelled amazing enhanced the dreamlike experience.

---
Peter Gutteridge of the Chills has died.  (Via Robert Moore.)

---
Thanks in large part to Joe Boyd's production, Robyn Hitchcock's new album The Man Upstairs is my official September soundtrack.  Hitchcock's original material is fine and the covers of the Psychedelic Furs' "The Ghost In You" and the Doors' "The Crystal Ship" altered my perception of the songs.  RIYL: Nick Drake, wistfulness, Roy Harper.

---
I know a few people who may lose their minds over Map to the Treasure: Reimagining Laura Nyro.  The impressive project overseen by Billy Childs isn't for me.  For the record, the track with Rickie Lee Jones and Chris Potter wins.

---
Sergio Mendes is still cheesy after all these years.  Yet his new album Magic is significant because of the amazing lineup of guest vocalists ranging from Janelle Monáe to Milton Nascimento.

---
J. Mascis' Tied to a Star sounds like a tribute to Bert Jansch.

---
Much of the metal community is appalled by the ascent of King 810.  I like 'em.  Memoirs of a Murderer is RIYL: Slipknot, violence, Five Finger Death Punch.  Here's "War Outside".

---
The performance by pianists Alice Sara Ott and Francesco Tristano on Scandale is exciting.  The bile elicited by a promotional video is also very entertaining.

(Original image by There Stands the Glass.)
Posted by Happy In Bag at 4:23 PM 2 comments: 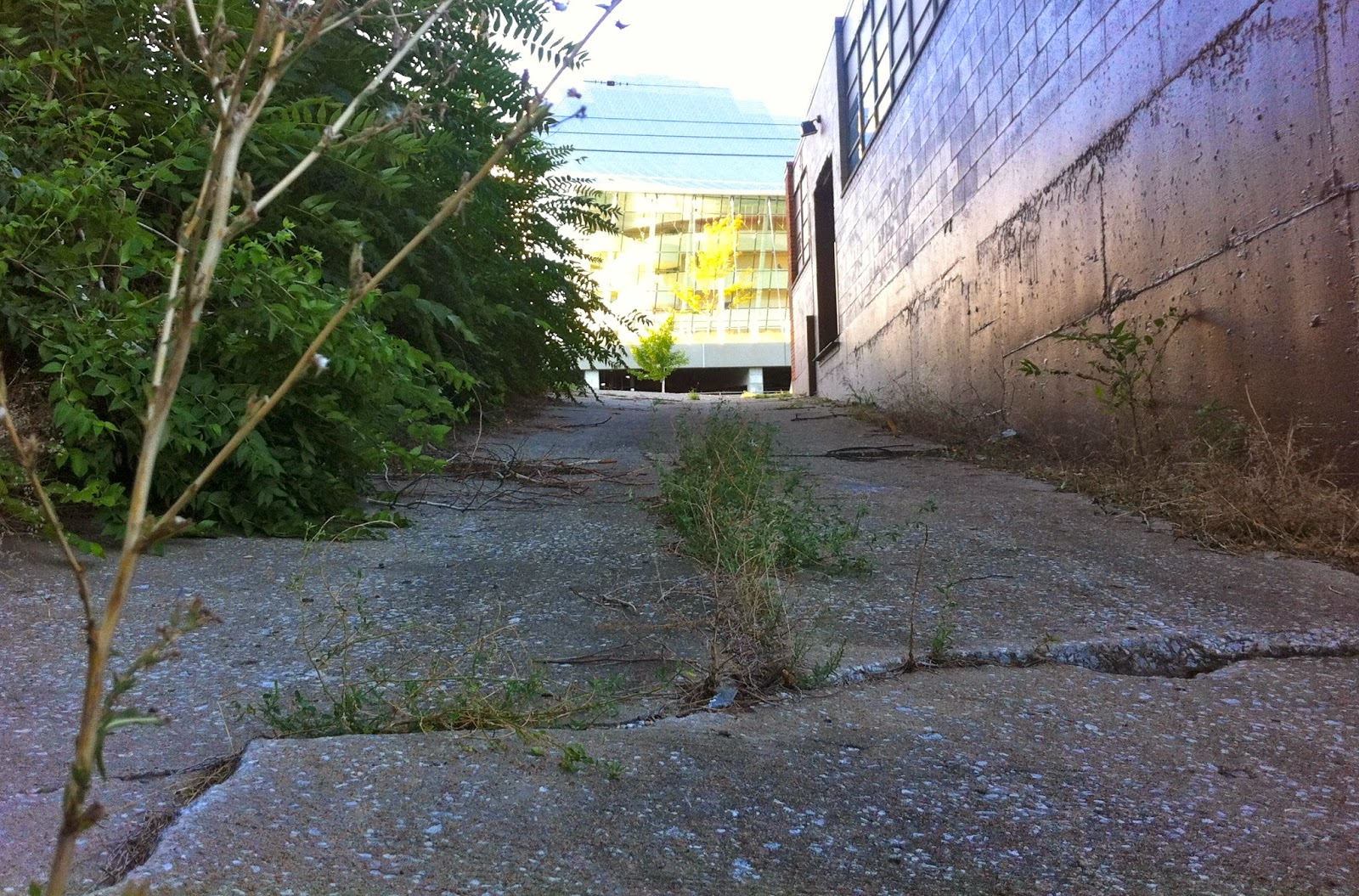 The disbanding of the Mars Volta and the Deftones' inability to sustain the momentum generated by the wondrous 2010 album Diamond Eyes have left me jonesing for a new dealer of art-metal.  I've searched the world for a adequate replacement but the solution has been right under my nose all along.  Even though a couple of the dudes in the Kansas City band are my Facebook friends and I regularly reference the group in my work as a freelance writer, I had no idea Various Blonde was capable of creating a work as powerful as Summer High.  With the assistance of producer Ikey Owens of the Mars Volta, Various Blonde has devised a potent dose of foreboding psychedelia.

---
The Project H was the subject of my most recent feature on the Local Listen segment of KCUR's Up to Date program.

---
My acquaintance Teddy Dibble discusses rare vinyl by the likes of the Bill Dixon Orchestra and Rahsaan Roland Kirk.

---
Belphegor's Conjuring the Dead is RIYL: exorcisms, Morbid Angel, haunted houses.  I assume the video for the title track is intentionally hilarious.

---
Just a reminder- I continue to write about Kansas City's jazz scene at Plastic Sax.

(Original image by There Stands the Glass.)
Posted by Happy In Bag at 6:35 AM No comments: 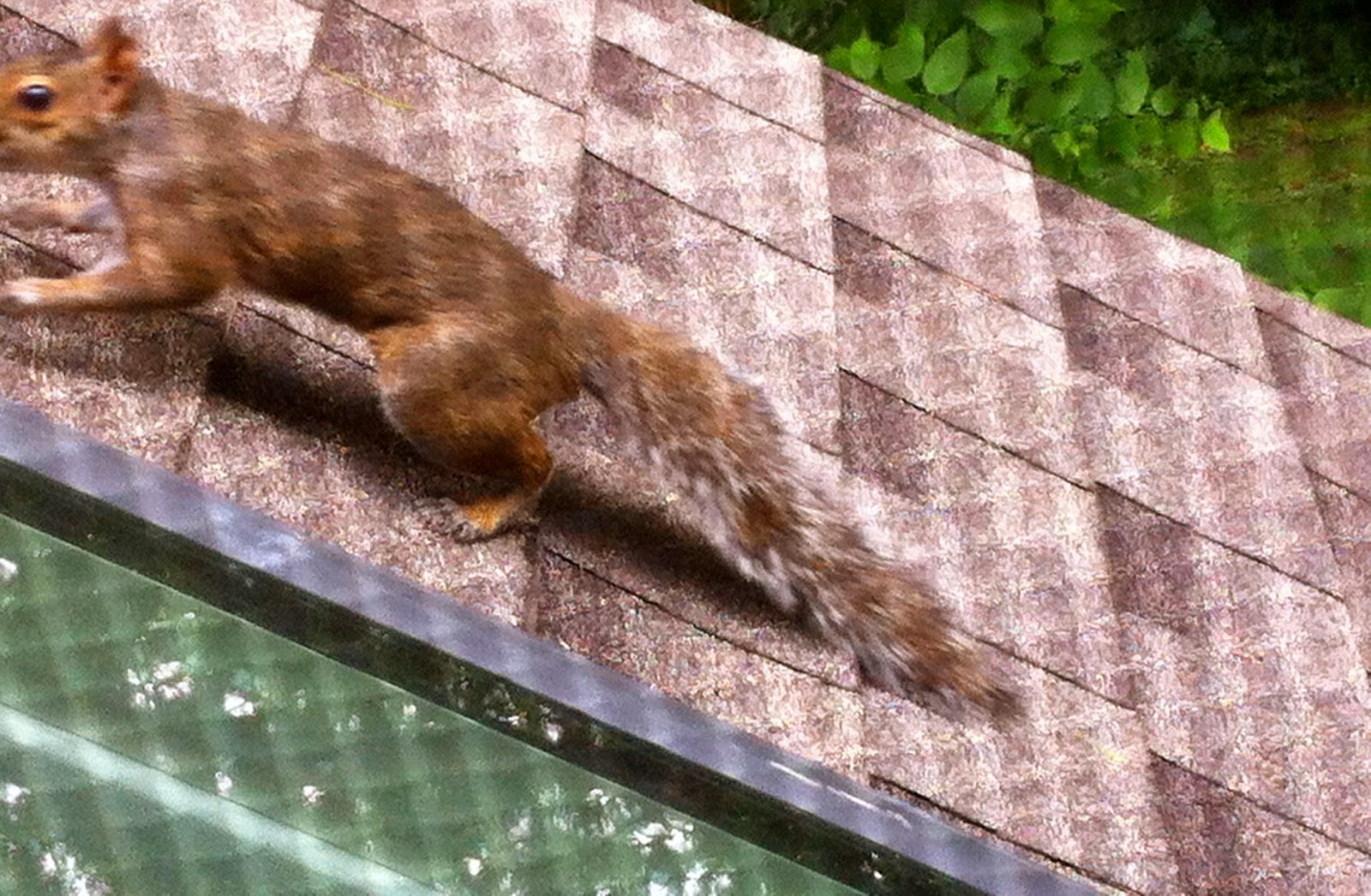 I was surprised to learn that the Ben Miller Band was opening several concerts for ZZ Top.  How, I wondered, did the ruffians from Joplin land those enviable gigs?  Then I listened to the new album Any Way, Shape or Form.  The ensemble is no longer merely a poor man's version of Split Lip Rayfield.  Rugged new songs like "The Outsider" are capable of thrilling impatient fans of ZZ Top, Americana obsessives and jaded music bloggers.

---
My notes on the opening night of the Kansas City Irish Fest are here.

---
I contributed a Local Listen segment about Carswell & Hope to KCUR's Up to Date.

---
A week after I named "Pieces of Me" as the #6 track of the decade, NPR posted Ledisi's excellent live performance of the hit.

---
My observations about a 2011 Opeth show in Kansas City indicate that the band's transition from a metal band to a prog ensemble was underway three years ago.  The ridiculously overblown new album Pale Communion resembles Emerson Lake & Palmer, Jethro Tull and Kansas.  (And yes, I like it.)

---
Somi's The Lagos Music Salon may be "important," but I just can't get into it.  RIYL: Esperanza Spalding, Art with a capital A, Abbey Lincoln.

---
I may be the only person who's excited about the impending deluge of resentful recordings by graying rappers.  Cormega's Mega Philosophy is RIYL: bitterness, Nas, sour grapes.  I'm all about it.

----
Spoon's They Want My Soul is first-rate.  RIYL: The Cars, craftsmanship, The  New Pornographers.

---
I'd be lying if I suggested that I'd rather hear Steven Drozd and Wayne Coyne talk about Miles Davis than listen to the Electric Würms’ Musik, Die Schwer Zu Twerk, but it's a close call.

(Original image by There Stands the Glass.)
Posted by Happy In Bag at 5:10 PM No comments: