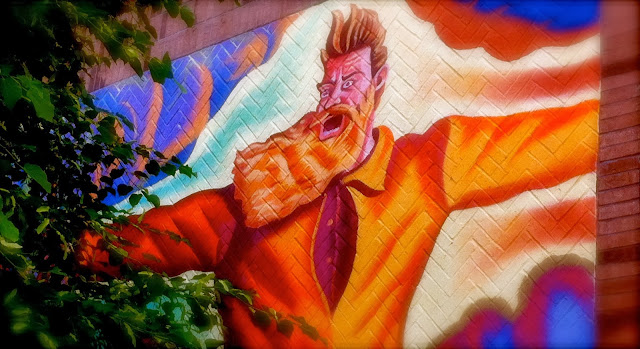 A friend asked me if I liked Nine Inch Nails shortly before the band's concert at the Sprint Center a couple months ago.  I explained that Trent Reznor's anger is quite different from my anger.  My form of rage sounds like Walk Through Exits Only, the 2013 album by Philip H. Anselmo & the Illegals.  Anselmo, of course, is best known as the front man of Pantera.  That only hints at the extreme mayhem of his latest recording.  The title track contains my new catchphrase- "Everybody ruins music- not just me."


---
I reviewed the Kenny Barron Trio at the Folly Theater on Friday and Alejandro Fernandez at the Sprint Center on Saturday.

---
"Truly a facile and completely meaningless list."  That's the verdict of a commenter regarding a listing of my twenty favorite jazz performances of 2013.

---
Kansas City's the Architects has long been one of my favorite bands.  The excellent new Border Wars: Episode 1 is RIYL: Craig Finn, Joe Strummer, Gaslight Anthem.

---
The video for She's a Keeper's "Plattsburg" was released earlier this month.  RIYL: the Lumineers, Plattsburg, foliage.

---
The video for the Grisly Hand's "Country Singles" is a hoot.  RIYL: Roger Corman, the Boulevard Drive-In, Red Sovine.

---
I shed a tear when I learned that Turntable.fm was closing up shop.  Although I logged on just a couple times in the past year, I was addicted to the socially-driven music streaming site a few years ago.

---
Am I the only person who thinks that Blood Orange's Cupid Deluxe sounds like an unholy alliance between Wang Chung, Sheila E. and Don Henley?

---
Lily Allen's send-up of pop culture  on "Hard Out Here"  is very amusing.

---
The man-on-the-street discussion about music on Pharrell Williams' channel is both interesting and frustrating.  There are really cool people (3:16), utter twits (6:16) and a guy who almost made my day (3:00).

---
Eric Revis' City of Asylum is sublime.  The album by the trio of bassist Revis, pianist Kris Davis and drummer Andrew Cyrille is RIYL: all things out, Charles Mingus, Paul Bley.

---
I'd like to thank the commenter at the previous There Stands the Glass post who shared a bit of good ol' Grampa Jones.

(Original image by There Stands the Glass.)
Posted by Happy In Bag at 4:14 PM 1 comment: 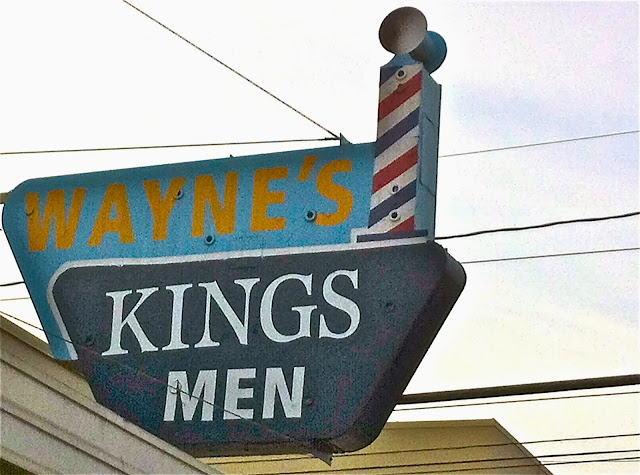 The year-end top-ten-album list I just submitted to the official gatekeepers is dominated by hip-hop and jazz entries.  I'm pleased with my choices, but obviously a brief list won't fully represent my listening habits.  For instance, I listen to a lot of folk and folk-rock ranging from favorite albums by the late Bill Morrissey to current folk scare acts like the Head and the Heart that are inflicted on me by members of my compound.  Because its relaxed tone is reminiscent of creaky old albums by The Band, I'm particularly partial to The Muse, the latest effort by The Wood Brothers.  I'm not about to forsake my beloved jazz, hip-hop and metal for The Muse, but it's pretty solid.  Here's the video for the album's title track.


---
I reviewed Harry Connick's concert at the Midland theater on Sunday.

---
Dalima, a Kansas City rapper associated with Tech N9ne, was involved in a shooting in Salina several months ago.  (Tip via Tony's Kansas City.)

---
Composer John Tavener has died.  I reviewed a performance of one of his works in 2011.

---
Esperanza Spalding campaigns for the closure of Guantanamo in "We Are America".

---
El Pelon del Mikrophone's "No voy a llorar" is my idea of a good time.

---
I mentioned Marco Polo's PA2's The Director's Cut in the previous post.  I finally got around to listening to the supremely entertaining 80-minute project that serves as a tribute to old-school hip-hop.  RIYL: Pharoahe Monch, Large Professor, King Tee.

---
By request- here's the soundtrack of my childhood: "Hee hee he haw haw haw".

(Original image by There Stands the Glass.)
Posted by Happy In Bag at 2:58 PM 3 comments: 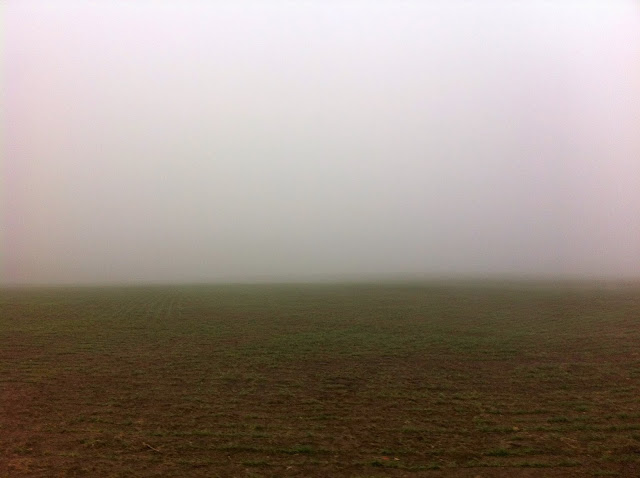 I've been waiting for Matangi for most of my life.  The concept of "The Music of Tomorrow" has always fascinated me.  But now that it's finally arrived in the form of M.I.A.'s fourth album, I find myself a bit nonplussed.  Her vaguely militant "Life During Wartime"-style stance and synthesis of world pop is meant to be experienced communally.  Listening to Matangi on headphones is all wrong.  Songs like "Attention" need to be felt in a nightclub or concert hall.  Until I locate a willing DJ, I'll have NME's video feature on M.I.A. on repeat.

---
Reach and Reggie B are featured on "Wrong Girl", a track on Marco Polo's star-laden PA2: The Director's Cut album.

---
The Gospel According to Sam, a compilation of homemade 1963 recordings of Mississippi bluesman Sam Langhorn, was released this week.  RIYL: John Hurt, tape hiss, Furry Lewis.

---
Here's 17 minutes of Gary Burton and Julian Lage performing in the NPR offices. So good.

---
Hearing the Biggie remix of Lorde's "Royals" sandwiched between Chris Brown and Drake on the radio makes me giddy.

---
Phil, a loyal reader of There Stands the Glass, recommends the Blues Unlimited podcast.

---
The video for Mick Turner's "The Bird Catcher" is messed up.  RIYL: the actress Karen Black (really!), the Dirty Three, nightmares.

(Original image by There Stands the Glass.)
Posted by Happy In Bag at 12:19 PM No comments: 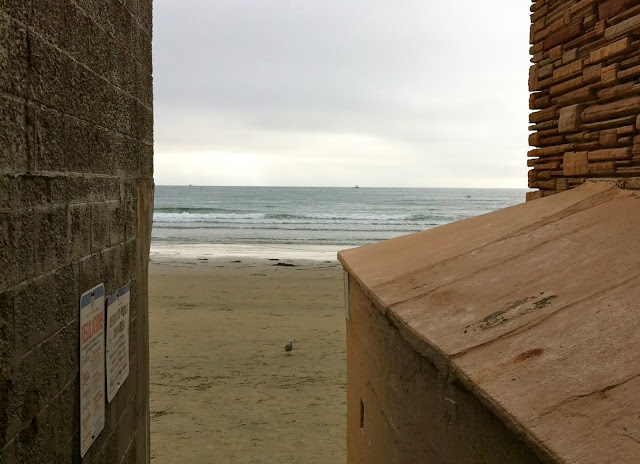 Something You'd Say is one of the prettiest rock-based albums I've encountered in 2013.  If that sounds like a backhanded compliment coming from me, well, you're right.  I prefer my rock with a heaping helping of rage and blood.  Yet Akkilles has something special going on.  On a gorgeously-produced album of songs that otherwise average well under five minutes, the second track of Something You'd Say is a nine-minute jam that evokes the Grateful Dead-by-the-way-of My Morning Jacket.  The gambit by the Kansas City-based indie rock band may not work for everyone, but I love it.  The remainder of the tracks are hazy pop songs, part David Crosby and part Yo La Tengo.  Yet Akkilles manages to avoid the dreaded stomp-folk dreck that's infested less assured musicians.  Imbued with a sense of exhaustion, Something You'd Say has become my come-down album of choice.


---
I reviewed Tech N9ne's return to the Midland last week.

---
I reviewed the performance by John Hiatt and Lyle Lovett at the Uptown Theater on Sunday.

---
Charlie Chesterman has died.  Back in my roots-rock days, I wore a Scruffy the Cat t-shirt until it was in tatters.

---
Here's footage of Radkey performing on a Dutch radio station.

---
I have a great deal of affection for Earl, Syd and Nardwuar.

---
I'm pleased but perplexed that Omar Souleyman is the "world music" star of the moment.  (The publicist for his label deserves a raise.)  The Syrian's new Wenu Wenu is RIYL: maps, Shanachie Records, passports.

---
I made it through all three hours of last night's broadcast of the Country Music Awards (with a little help from my DVR).  Gloom, despair and agony…

(Original image by There Stands the Glass.)
Posted by Happy In Bag at 6:23 PM 1 comment:

Concert Review: Phil Neal & the Wornalls at the RecordBar 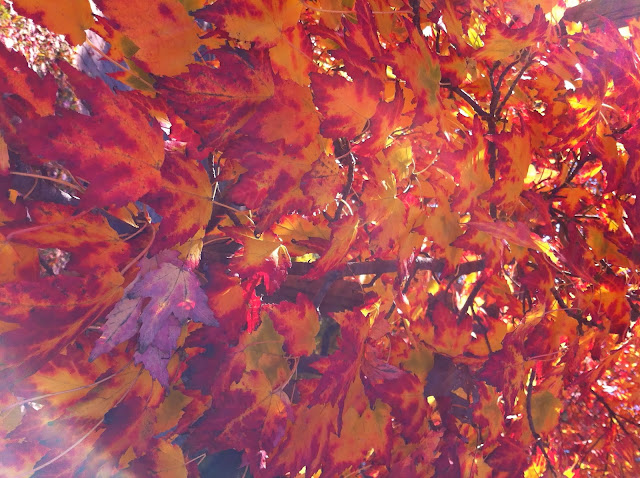 I should have been drinking Guinness and wearing an Eddie & the Hot Rods t-shirt rather than enjoying Boulevard Pale Ale while bundled in a sweater.  Attending Phil Neal & the Wornalls' recent matinee performance at the RecordBar was akin to stepping into a London pub in 1976.  The earnest band banged out pub rock with casual grace.

Ever since I reviewed the delightful album Lonely Tonight in February, I'd been meaning to catch the band.  Better late than never.

Neal comes by the no-frills sound honestly.  Check out his 1983 video for "2 Time Loser".  Thirty years later, Neal's pop aspirations have been replaced with gritty defiance.

Aside from the shaky vocals I referenced in my album review, the band- particularly lead guitarist Gary Paredes- played with admirable fortitude.  While callow audiences might be put off by the multi-generational composition of his band, Neal's perseverance inspires me.

---
A favorite parlor game in the There Stands the Glass compound is determining which version of a popular song is best.  The winner of the "Both Sides Now" entry is Dave Van Ronk.

---
Care to watch grainy footage of Don Ho and Tom Jones singing Willie Nelson's "Night Life"?  Of course you do.

---
Disappointed!  Robert Glasper's Black Radio 2 is a self-indulgent mess.  Most of the raps are corny while the melismatic vocalists sound way too blessed out.

---
I really wanted to like Alan Jackson's Bluegrass Album album, but it just brought me down.  RIYL: The Grand Ole Opry, moonshine, poor execution.