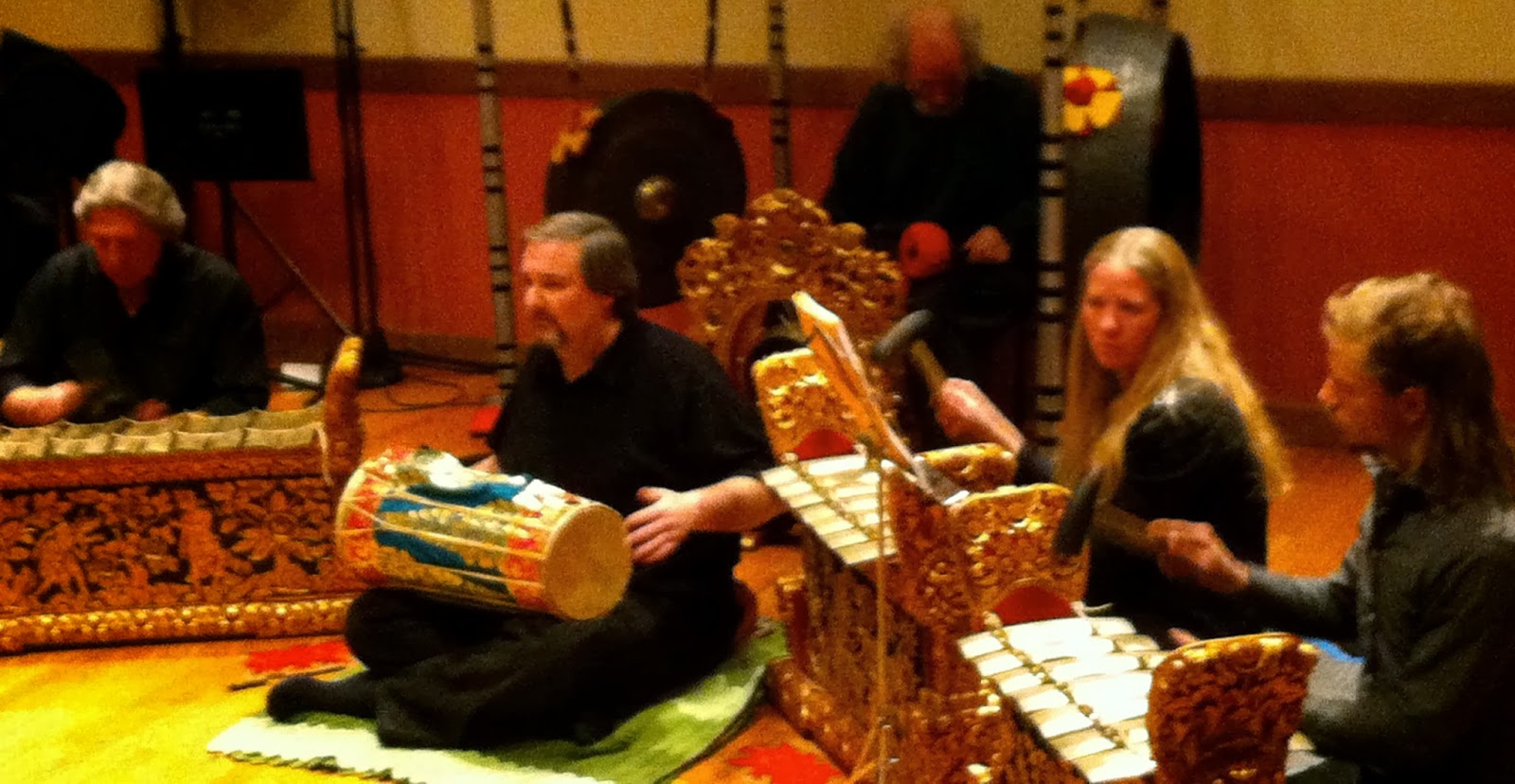 Finnish tango has been a big deal for decades.

That's just one of many things I learned as I camped out at the intimate world music stage at last weekend's Jazz Winterlude festival.  Correctly anticipating a line outside the door of the 100-person capacity Recital Hall, I arrived early with an empty bladder.

I refused to give up my seat for the next five hours.  The education I received made my social and physical discomfort seem immaterial.

Accordionist Juha Silfverberg clued me in to the scene of his native Finland.

I'm ashamed to admit that I hadn't taken in a performance by Marimba Sol de Chiapas until Saturday.  Although I could have done without the patronizing  tone of the bandleader- "can you say Chiapas?"- the quartet made absolutely gorgeous music.

Did you know that musicians in gamelan orchestras use hammers as mallets?  I didn't.  Gamelan Genta Kasturi made one hell of a racket.  The sonic assault was made even more overwhelming by the raucous Arturo Sandoval sound check that bled into the room.


---
My notes about Terri Lyne Carrington's concert at the Jazz Winterlude festival are published at Plastic Sax.

---
I mourned Keith Whitley's death in 1989.  That's one reason Jason Eady's Daylight & Dark instantly hit home with me.  Another reason is the reference to Kansas City on the opening track "OK City".  Refusing to drink 3.2 beer in an Oklahoma tavern during a pit stop on a southbound drive toward Texas, a man has an ill-fated encounter with whiskey.  RIYL: Gary Stewart, heartaches and hangovers, Alan Jackson.

---
Listeners who are don't speak English and are unaware of the backstory of Against Me! might think that Transgender Dysphoria Blues is just another solid third-generation punk album.  But the lyrics- many of which take on self-referential gender issues- are great.  RIYL: The Clash, the new sincerity, F*cked Up.

---
I admire how organizers of Plano's Suburbia Music Festival own it.  Besides, the lineup is truly impressive.

---
I'm going to skate to one album and one album only.  Jennifer Holliday's The Song Is You is a completely over-the-top collection of standards.  And I can dig it.  RIYL: Eartha Kitt, gay cabaret, Luciano Pavarotti.

(Original image of a portion of Gamelan Genta Kasturi by There Stands the Glass.)
Posted by Happy In Bag at 3:33 PM No comments: 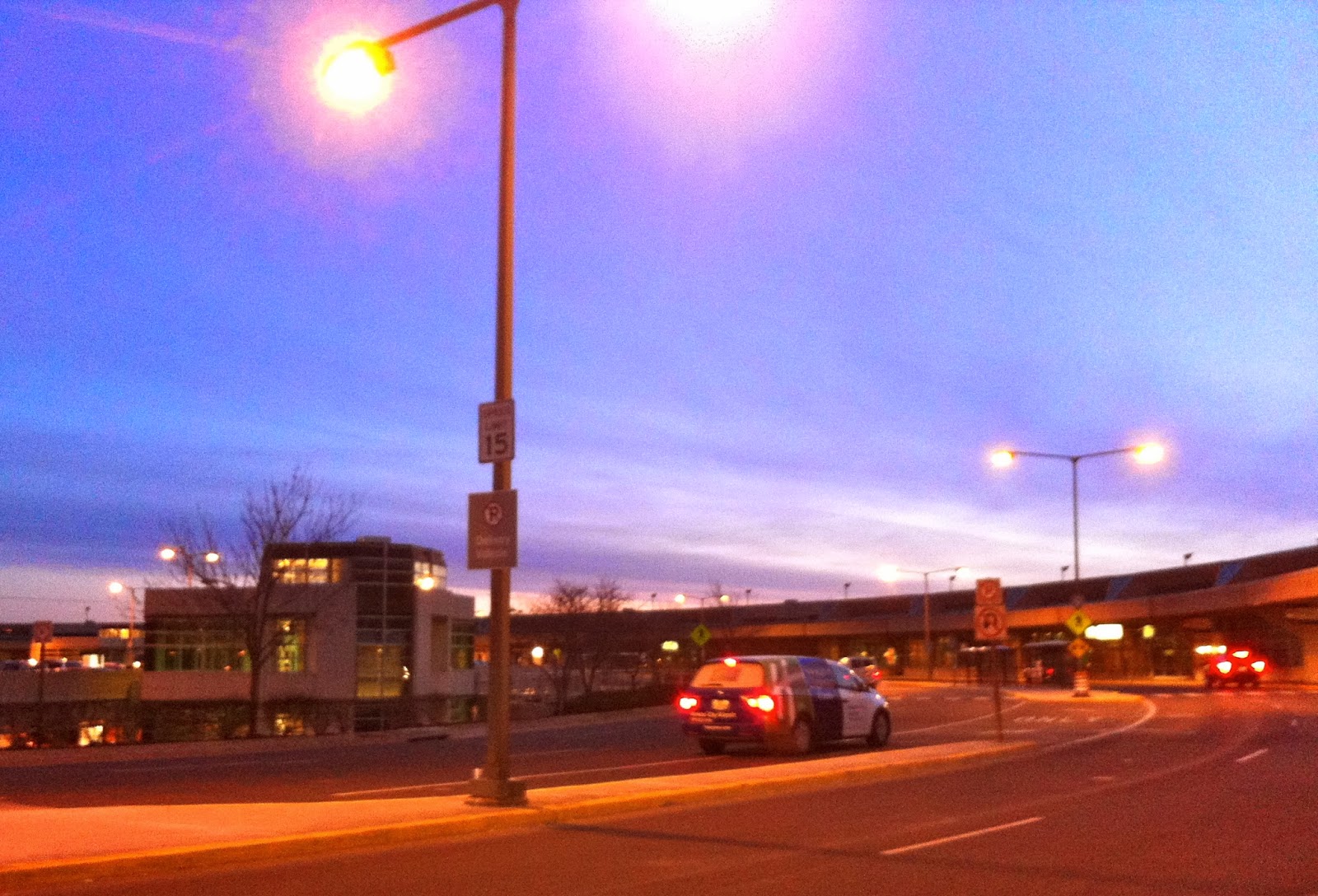 I'm going to spend Saturday afternoon listening to a Gamelan orchestra, a Finnish accordionist, a Spanish art music ensemble and a Mexican folk music collective at my local jazz festival.  And that's just how I like it.

That's why Bird's Requiem, the new album by Dhafer Youssef, makes me proud to be human.

The album sounds as if Peter Gabriel produced Pat Metheny at a studio in Beirut.  Bird's Requiem will appeal to people who appreciate Passion: Music for 'The Last Temptation of Christ', Metheny's collaborations with Naná Vasconcelos or Kansas City's Turkish jazz band Alaturka.

A video of a live performance of "39th Gülay (To Istanbul)" and a multilingual EPK provide context.

---
And the winner of the latest episode of the KC Cypher Series is… J Lee.

---
The Grisly Hand posted a fine version of "The Shape I'm In" at Bandcamp.

---
A new episode of Reach's GoodButta podcast pays tribute to Joc Max.  Reach is featured in a video for JB Hood's "Do You Believe."  (Via Tony's Kansas City.)

---
"The Worst" is a music video by Kansas City rapper Rayne.  (Via Tony's Kansas City.)

---
Only the fussy production prevents me from being head over heels in love with Rosanne Cash's River & the Thread.  RIYL: John Hiatt, adulthood, Rodney Crowell.

---
Consisting of two drummers and a saxophone, John Lurie's National Orchestra is every bit as good as longtime fans could hope on The Invention of Animals.  RIYL: Oliver Lake, being alone, Chico Freeman.

---
I thought I'd heard all of Bob Seger's early work, but a recent Facebook comment by Peter Holsapple (!) made me aware of Mongrel.  Rock!

---
I enjoyed Another Day, Another Time, a documentary of a folk concert commemorating the music of Inside Llewyn Davis.  The film's breakout star is clearly Rhiannon Giddens.

---
Robert Glasper leads a band in a Tiny Desk Concert.

---
I'm not immune to the charms of material like "Let Me Teach You How To Eat", but I've never been a member of the Rev. Horton Heat fan club.  The new album Rev is RIYL: Social Distortion, dancing tattoos, Volbeat.

---
In This Moment documents a collaboration between saxophonist Mikolaj Trzaska and drummer Tim Daisy.  RIYL: Ken Vandermark, skronk, the Art Ensemble of Chicago.

(Original image by There Stands the Glass.)
Posted by Happy In Bag at 7:46 AM No comments: 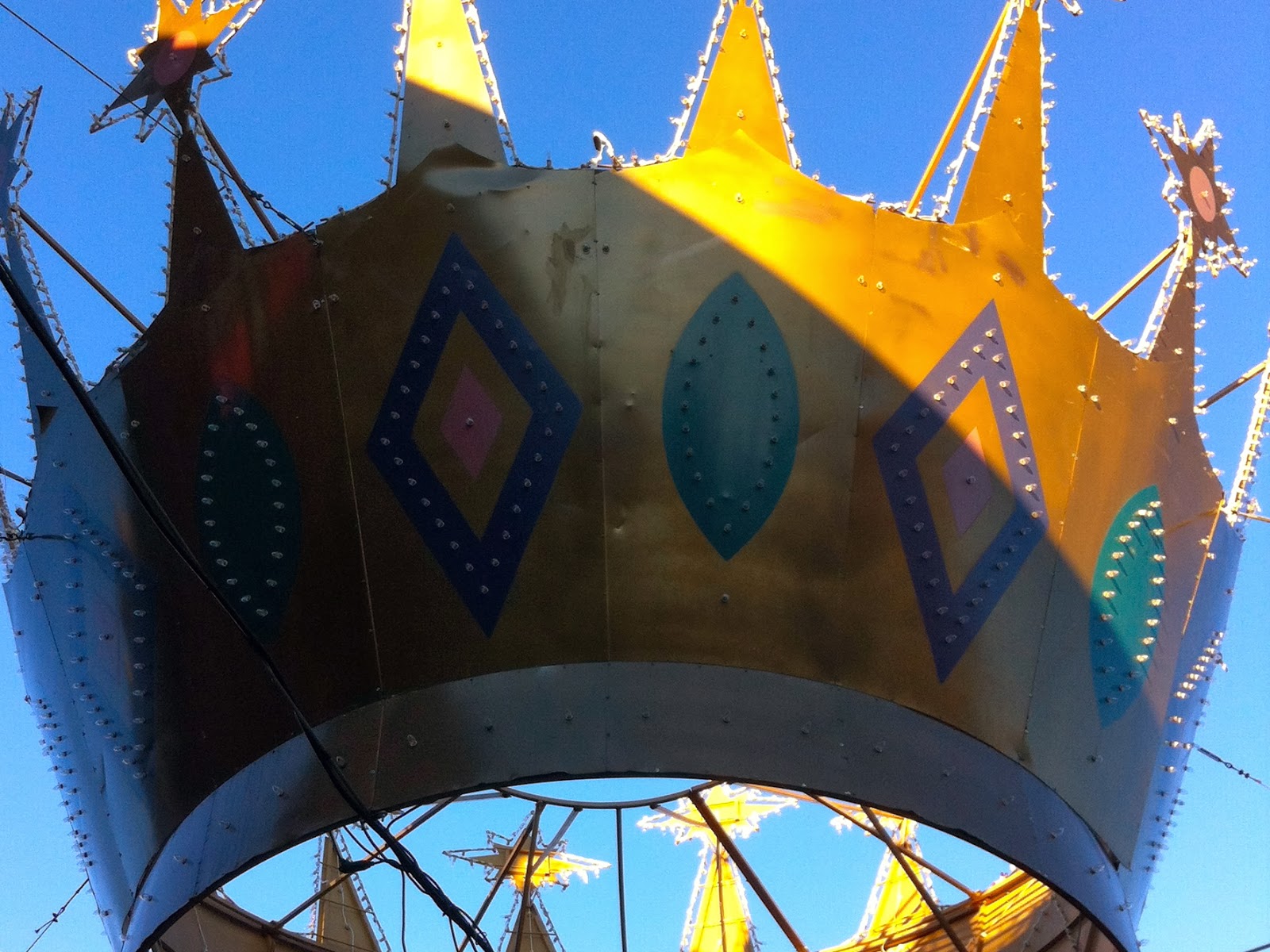 Albums like Fine Rude Thing, the new release by Milwaukee's Paul Cebar, provided the primary soundtrack of my mid-20s.  Cebar's sound is rooted in a divine combination of Creedence, Otis Redding and the Faces.  When my life started getting complicated, however, my taste for party-oriented roots music diminished.  It's a drag- Fine Rude Thing is a good time.  Perhaps I'll add regaining an undiluted enjoyment of cheerful bar bands to my list of long-term goals.


---
I reviewed a concert by Kenny G and the Kansas City Symphony at Helzberg Hall on Friday.

---
From my friend Chris Doolittle: I don't know if you remember Symetrix from the late 80's and early 90's but a friend of mine, Eason Pritchard, is an old high school friend and the band's leader. His drummer and friend, Jerry Bayton, was diagnosed with multiple myeloma cancer… Eason asked me to help him finish these few songs he has been working on for a couple of years before Jerry left for treatment in New York earlier this month. This mission was accomplished. Now I am trying to spread the good word to all and especially my music friends about this release as all proceeds go to Jerry's treatment. There are only 3 songs and I play lead on the first two.

---
Making Movies made a video for "Pendulum Swing."

---
My favorite album of the first three weeks of 2014 is the self-titled outing by the supergroup De La Tierra. RIYL: Sepultura, metal en Español, Deftones.

---
NPR's coverage of GlobalFest is impressive.  And why didn't any of you jerks tell me about Brushy One-String?

---
Fusion lives!  "Just Call Me Nige" is a track from Mehliana, a collaboration between Brad Mehldau and Mark Guiliana.

---
A new album by Neneh Cherry will be released next month.  The advance track "Everything" is RIYL: Four Tet, the future, Dessa.

---
I hadn't realized that Anthony Braxton was (the best kind) of hippie until I heard his fascinating speech at the 2014 NEA Jazz Masters Concert.  Braxton's segment begins a bit before the one-hour-17-minute mark here.

---
I'm a Rick Rubin fanboy, but I have to call him out for whatever role he played in spoiling Jennifer Nettles' That Girl.  The new album might have been as impressive as Gwen Stefani's Love. Angel. Music. Baby. had Nettles' enormous voice not been allowed to overwhelm the mix.  RIYL: ibuprofen, Ethel Merman, epic production fails.

---
I was excited to hear that Plague of Babylon was Iced Earth's "heaviest album in years."  It's not all that.  Legion of the Damned's Ravenous Plague is more like it. RIYL: Vader, punching walls, Morbid Angel.

(Original image by There Stands the Glass.)
Posted by Happy In Bag at 8:27 PM No comments:

I happened to listen to Trey Anastasio's 2012 album Traveler the same day I played Stephen Malkmus' new album Wig Out at Jagbags for the first time.  The only real difference between the two recordings is the Phish man's sincerity and the Pavement man's irony.  Both guys are obviously in thrall of the Grateful Dead.  ("Lariat" is my jam.)  I need a miracle- how about a co-headlining tour of the two oddly compatible men during the second half of 2014?

---
I reviewed Allen Toussaint's concert at the Folly Theater on Saturday.

---
I had an out-of-body experience on Sunday as a trio of women from the Midwest Chamber Ensemble played Claude Debussy's "Sonata for Flute, Viola and Harp" at a Lutheran church.  I also enjoyed hearing "Pendulum Quartet" by the young composer Joseph Kern.

---
My review of a Steel Panther concert was referenced by the Huffington Post.

---
I didn't see the trippy video for Reggie B's "Hypnotized" until last weekend.

---
I like Leo Welch's Sabougla Voices even though it's reminiscent of those awkward albums that paired the likes of Howlin' Wolf with his young English devotees.  RIYL: boogie, unblinking musings about impending death, Mississippi.

---
Wayne Kramer's picks are superior to Billy Bragg's choices in an entertaining "What's In My Bag" segment.

---
Kid Ink's My Own Lane is one of the most cynical boardroom-constructed albums I've heard in some time.  The gambit- creating a watered-down version of the catchiest work of 2 Chainz/Tiga/Big Sean- works.  RIYL: Katy Perry, high school, Bruno Mars.

---
The Tord Gustavsen Quartet has five American gigs booked in February.  I'm eyeing the Chicago and Portland dates as I listen to samples from the forthcoming Extended Circle album.

---
Even though Juana Molina's Son topped my album list in 2006, I simply wasn't prepared to listen to her new release Wed 21 until recently.  RIYL: Gal Costa, dreaming, Tom Zé.

(Original image by There Stands the Glass.)
Posted by Happy In Bag at 1:17 PM No comments: 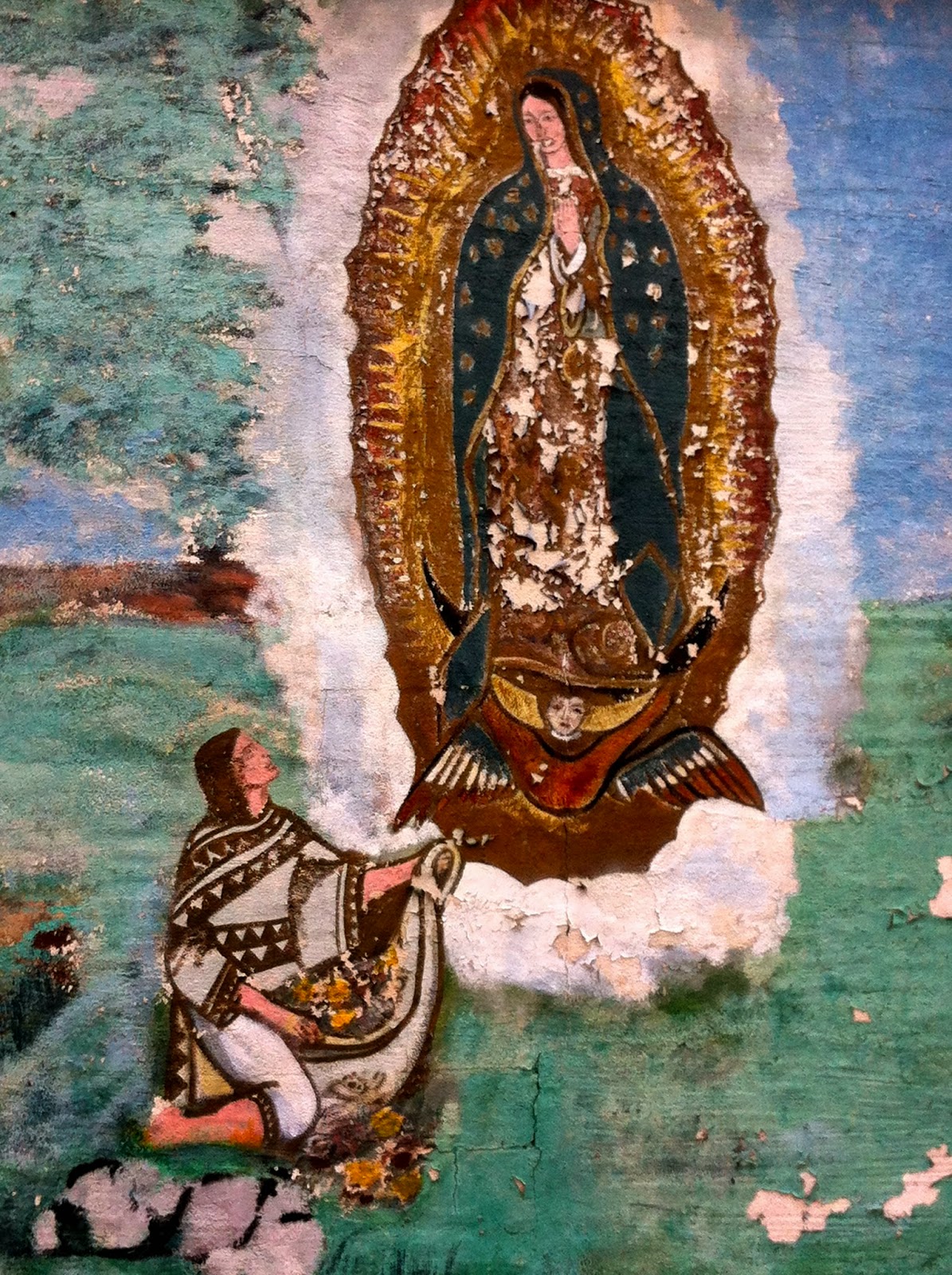 I introduced my friend J. to alcohol and Bruce Springsteen when we were juniors in high school.  J. could never get his fill of booze or Bruce after that fateful year.  He caught Springsteen over two dozen times as he drank himself to death.

We imbibed before a 1981 concert in support of The River at Kemper Arena, the first time either of us saw Springsteen perform.  The River was among the handful of Springsteen CDs I delivered to J. while he was on his deathbed three years ago.

J. would have loved his hero's new album High Hopes.  "Harry's Place" is far too melodramatic and polished for my tastes, but I'm pretty sure it would have been J.'s favorite track.  It's easy for me to imagine J. singing along while pouring himself another cocktail.

Listening to High Hopes objectively is extremely difficult, but it's almost certainly my favorite Springsteen album since 2002's The Rising.  The fresh versions of "American Skin (41 Shots)" and "The Ghost of Tom Joad" are excellent.  I like Tom Morello's contributions.  And- are you serious!- Springsteen covers songs by The Saints and Suicide.

"Got a special sin, mister, you can't quite confess," Springsteen groans on "Harry's Place."

Well, J., this untoward confession will have to do for now.  I take responsibility for my role in killing you.


---
The Deli published a list of my ten favorite locally-released albums of 2013.

---
The video for Sauce Remix's "Gunshots" is tough to watch.  (Via Tony's Kansas City.)

---
I almost fell out of my seat at the Folly Theater in November when Kenny Barron mentioned that his former employer Yusef Lateef was still alive.  I had no idea.  Lateef died on December 23 at the age of 93.

---
I have yet to process the death of Phil Everly.

---
Joe Boyd is featured in a "What's In My Bag" segment.  His picks, not surprisingly, are great.

---
I started a Spotify "radio station" based on the Gap Band's "You Dropped a Bomb On Me" in the hopes that it would serve as a genial soundtrack for the low-key New Year's Eve celebration at my compound.  It turned out to be a stroke of genius.  The robot-generated playlist featured the likes of Barry White, Cheryl Lynn, Ice Cube, Heat Wave, LL Cool J, Newcleus and even Wham.  The multi-generational revelers were delighted.

(Original image by There Stands the Glass.)
Posted by Happy In Bag at 4:47 PM 2 comments:

The Grisly Hand's "Country Singles" joins Making Movies' "Tormenta" (2010), Hidden Pictures' "Anne Apparently" (2011) and SSION's "Earthquake" (2012) as the obvious choice for There Stands the Glass' top video of the year by a Kansas City-area artist.  I added current YouTube view counts to provide a bit of context regarding the relative popularity of each act.