Why hasn’t Radiant Children blown up?  The four dream-soul songs on Radiant Children’s Tryin’ EP are superior to almost everything the Internet, Janelle Monaé or Little Dragon have issued recently.  Don’t believe me?  Even cursory examinations of “Life’s a Bitch” and “Poke Bowl” will convince you that the London based trio has been unjustly overlooked.

---
I reviewed Lonnie McFadden’s "Charlie Parker: Past, Present & Future" at the Gem Theater at Plastic Sax.

---
Believe it or not, the Temptations’ new interpretation of the Weeknd’s “Earned It” is excellent.

---
Old dogs execute all manner of new tricks on a strange new tribute album.  Billy Swan and Buzz Cason perform surprising interpretations of Buddy Holly songs on Billy & Buzz Sing Buddy.  “Lookin’ For Someone to Love” is one of the project’s most conventional selections.

(Original image by There Stands the Glass.)
Posted by Happy In Bag at 12:04 PM 1 comment:

I’ve long posited that Miles Davis had a more extreme evolution over the course of a career than any other musician.  Maybe I’ve been wrong.  Elza Soares went from this in 1965 to this in 2017.  The Brazilian octogenarian’s abrasive new samba album Deus É Mulher (God Is Woman) resembles an experimental Bill Laswell production.  Even though I can’t pretend to understand even half of the social, political and artistic implications of Soares’ transformation, I’m awed by her audacious fearlessness.  Here’s the punk-infused “Dentro de Cada Um”.

---
I love every element of Erykah Badu’s Tiny Desk Concert.

---
I understand the appeal of being one of Nicki Minaj’s minions.  Unfortunately, I can’t bring myself to sign up.  While fascinating, Queen is wildly inconsistent.  That said, all 47 minutes of Sweetener, the blissful pop album by Minaj’s pal Ariana Grande, are delicious.

---
Slug and Ant on a train!  Atmosphere’s “Virgo” may be corny, but I remain all-in on my generational and regional peers in Atmosphere.

---
I’m a sucker for metallic novelties.  Trappist recently issued an entire album of thrash songs about beer.  Ancient Brewing Tactics opens with the video-of-the-year candidate “No Soldiers Left Behind”.

(Original image by There Stands the Glass.)
Posted by Happy In Bag at 4:09 PM No comments: 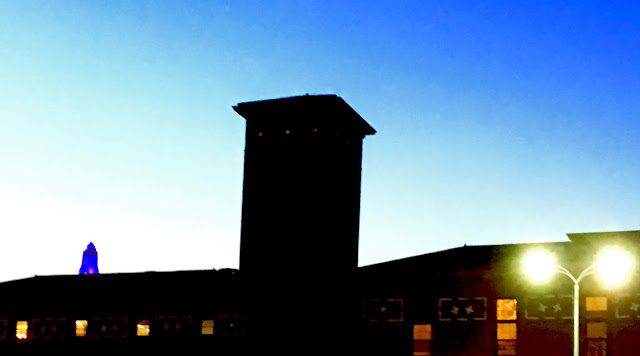 Kelly Hunt’s debut album Even the Sparrow sounds as if was issued by Vanguard Records in 1966.  I wouldn’t ordinary commend an album that recalls the folk revivalist styles associated with Mimi Fariña and Buffy Sainte-Marie, but the combination of Hunt’s exceptional voice and exquisitely spare instrumentation is stunning.  Even the Sparrow will likely be my favorite non-jazz album of the year by a Kansas City musician.  Here’s “Sunshine Long Overdue”.

Domineko’s Perfect Weekend sounds like what might transpire if Kendrick Lamar or Vince Staples spent the summer in Kansas City consuming a debilitating stockpile of intoxicants.  The extremely wavy vibe is exemplified by lyrics like “I ain’t ever been this high” (“Peaking”), “I’m trying to smoke all night” (“Viewtiful”), and “addicted to ‘scriptions” (“Sundayze”).  Here’s “Setlist”.

There’s plenty wrong with Streetflowers, the debut album of the Kansas City band Broken Arrows.  The mix is tinny, the tempos drag, the lyrics are plain and none of the vocalists are compelling.  Even so, the boyish enthusiasm of the grizzled scenesters is charming.  A few of the area’s fashionable young garage-rock bands play similar forms of jangle-pop with an ironic smirk.  Broken Arrows’ earnestness is refreshing.  Here’s live footage.

(Original image by There Stands the Glass.)
Posted by Happy In Bag at 4:53 PM 1 comment: 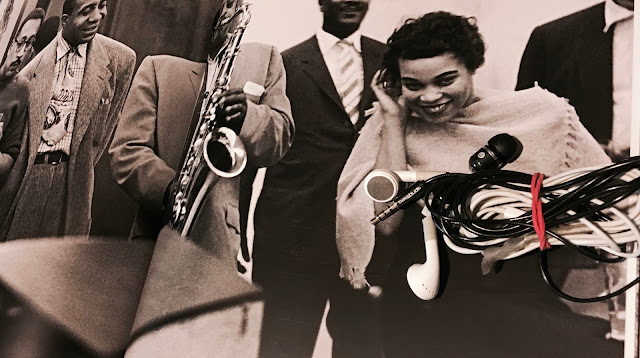 Friends and associates are chagrined by my indifference to sonic fidelity.  I defend my lackluster stereo equipment by noting that a disproportionate percentage of my favorite recordings consist of hiss-imbued R&B, wobbly dub, murky jazz, scratchy honky tonk, ruffian rockabilly, disheveled punk and extemporaneous Soundcloud rap.  I don’t need a fancy system to properly appreciate that stuff.

My modest speakers don’t protest when I inflict Pusha T on my neighbors, but they can’t handle Mirage? Concertos for Percussion, the dynamic collaboration of percussionist Evelyn Glennie, the Manitoba Chamber Orchestra and conductor Anne Manson.  Glennie’s marimba and vibraphone barrage compel the speakers to beg for mercy.


---
Drake and Migos raised the bar at the Sprint Center last Sunday.  I reviewed the concert for The Kansas City Star.  (Instagram clip)

---
I reviewed Keith Urban’s bonkers appearance at the Sprint Center on Friday for The Kansas City Star.  (Instagram clip)

---
Aretha Franklin received no respect from Sam Smith at the Sprint Center on Saturday.  I reviewed the concert for The Kansas City Star.  (Instagram clip)

---
I previewed this month’s Charlie Parker Celebration at Plastic Sax.

---
Jill Janus of Huntress has died.

---
I own physical copies of a few of Terence Blanchard’s film scores.  I’ve listened to each of them once.  While I enjoy his score for Blackkklansman, I doubt I’ll return to it.

(Original image by There Stands the Glass.)
Posted by Happy In Bag at 11:36 AM No comments:

I’ve never not known Aretha Franklin’s voice.  She’s been a constant presence in the life of every committed music lover of my generation.  Yet I only began truly appreciating her as a distinct entity rather than as a omnipresent piece of the cultural firmament when I went on a deep soul dive in the early ‘90s.  I was reduced to a puddle when I first encountered “My Song” on one of the many soul compilations I purchased while on my single-minded pursuit.  Talk about being “in my feelings”!  I never took the Queen of Soul for granted again.  Franklin died today.

(Original image by There Stands the Glass.)
Posted by Happy In Bag at 7:47 AM No comments:

In Defense of Kenny Chesney 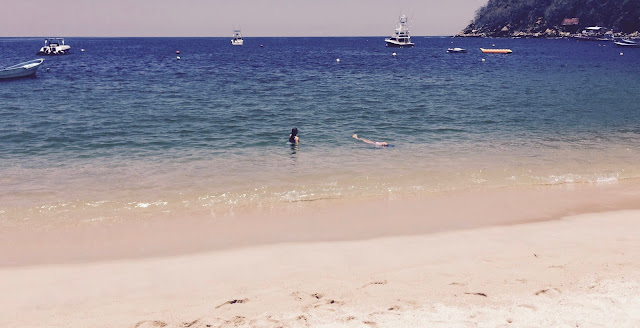 Mocking Kenny Chesney is easy.  I’m guilty of clowning on the country star’s flair for corny melodrama.  My otherwise positive review of his concert at Arrowhead Stadium contained an unhealthy heaping of snark.

Not only do I admire Songs For the Saints, Chesney’s 43-minute meditation on the aftermath of the storms that have ravaged the Caribbean, I’ve repeatedly listened to the new album for pleasure.  Chesney’s platitudes may be trite, but they’re reassuringly sincere.

When I was younger, I often made the mistake of conflating an artist’s fan base with his or her art.  I know better now.  The staggering number of red MAGA hats and vomiting miscreants at Chesney’s appearance at Arrowhead Stadium doesn’t diminish my appreciation of songs like “Better Boat”.


---
Charlie Puth obliterated my modest expectations at Starlight Theatre on Thursday.  I reviewed the concert for The Kansas City Star.

---
I reviewed the Myers Swingset’s The Instrumental One at Plastic Sax.

---
Tommy Peoples of the Bothy Band has died. (Tip via BGO.)

---
Lorrie Collins of the Collins Kids has died.  (Tip via BGO.)

---
Where We Come From (Chicago x London Mixtape) exemplifies everything I love- as well as everything I loathe- at the burgeoning intersection of jazz and hip-hop.  RIYL: bragging about lack of preparation, Nubya Garcia, jam sessions.  Here’s an explanatory video.

---
I’m fully aware that music nerds like me are supposed to rave about Kaveh Rastegar’s Light of Love, but the preciousness of his fusion of jazz, funk and indie-rock irritates me.  RIYL: Kneebody, nerds, Chris Dave.

(Original image by There Stands the Glass.)
Posted by Happy In Bag at 1:40 PM No comments:

Concert Review: The S.O.S. Band and Avery Sunshine in the Jazz District

Doggone it!  The Negro Leagues Baseball Museum’s Heart of America Hot Dog Festival fundraiser was a massive disappointment.  I made my way to the Jazz District to hear Cameo, The S.O.S. Band and Avery Sunshine on Saturday.  The festival grounds on the spacious median of Paseo Boulevard north of 18th Street were packed.  Attendance appeared to be well over 5,000.

I was glad the entertainment lineup ran about an hour behind schedule.  I stood in line 20 minutes to pay $20 admission at the gate and 30 minutes in another line to purchase cold drinks.  I strained to hear the jazz-tinged funk of Marcus Anderson as I waited.

The faint sound was a big problem.  When I finally made my way to the closest spot to the stage the hoi polloi were allowed, I saw that only the few hundred people in the cordoned-off V.I.P. section were able to properly hear the performances.  It wasn’t all good for them- the fortunate few had to endure the glad-handing of at least one Kansas City councilman.

The clamor of the crowd and the aggressive policing that prevented music lovers from sidling up to the edge of the V.I.P. section caused the event to resemble a massive political rally more than a concert.  Even though I’m familiar with Sunshine’s repertoire, it was often difficult to discern which song she and her band were playing over the constant commotion.  I couldn’t even say if the setlist included “Call My Name”.

The din of the crowd and the inadequate amplification compelled me to take desperate measures.  I abandoned the festival grounds to watch the S.O.S. Band play hits like “Take Your Time (Do It Right)” from behind a chain link fence about 50 yards from the side of the stage.  The vantage point was an improvement, but not good enough to compel me to stick around for Cameo.  Maybe that’s a blessing- at least I didn’t get shot.

(Original image by There Stands the Glass.)
Posted by Happy In Bag at 10:44 AM No comments: