Review: Antibalas- Who Is This America? 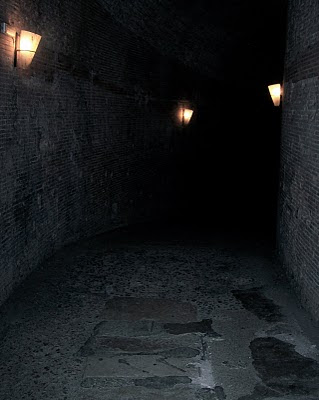 Budos Band's celebrated performance at The Record Bar last week, however, served as a reminder that in some ways we're still playing catch-up to New York. Another New York-based act, Antibalas, formed in 1988. Who Is This America?, their outstanding 2004 release, has just been reissued. It contains a bonus track not available on the original release.

In the current issue of The New Yorker, Sasha Frere-Jones calls Antibalas' albums "masterful mimicry" before admitting that "Antibalas does justice to Fela’s legacy." Obsessing over afrobeat authenticity at this late date misses the point. This is smart, fun (and political) dance music. Fans of Kansas City's wonderful afrobeat act Hearts of Darkness need to hear Who Is This America?.

---
Apple's new Ping service is like a party with no pretty girls and a cash bar.

Guggenheim Grotto is among the many acts performing Sunday at the KC Irish Festival.

(Original image by There Stands the Glass.)
Posted by Happy In Bag at 10:50 AM

Hee..heee..like a party with no pretty girls and a cash bar..can I use that one?

Go 'head, Jack Benny. Anger and disappointment have inspired most of my best one-liners.

I'm a big fan of their later album 'Security.' Not quite as authentic Afrobeat but very interesting arrangements and production.

Yeah, that lack of authenticity is precisely why they're "good." Thanks for checking in, DLC.