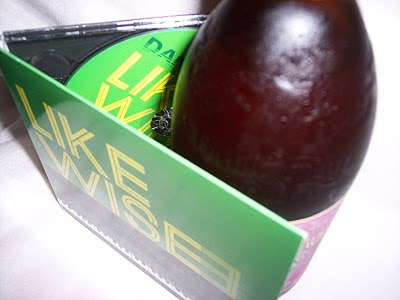 Kalil Wilson and Dan Marschak performing "Only a Fool" (video)

I don't trust young musicians who claim they have no knowledge of music outside of jazz. They're either liars or creeps. Dan Marschak is neither. While the pianist demonstrates plenty of impeccable jazz chops on his debut album, it's loaded with abrupt stylistic shifts. Likewise skips from sounds appropriate for classical concert halls to blues dives to cruise ship lounges to Yoshi's. In addition to mainstream jazz, Marschak's band evokes vintage Stevie Wonder and '70s-era Herbie Hancock. It may be jarring but everything on Likewise sounds honest and vital. I could have written a more straightforward review of Likewise, but Marschak already possesses the best blurbs imaginable. John Adams wrote “…I always enjoy listening to whatever Dan has to say musically.” And Lalo Schifrin calls Marschak "adventurous." Agreed.

---
Mac Lethal rhymes Ludicris with Ulysses on his new single.

---
I interviewed the director of the Prairie Village Jazz Festival at Plastic Sax.

---
I'm still waiting for Katie Herzig to receive the acclaim she deserves. Here's the trailer for her latest production.

---
Charles Lloyd has a new album on ECM. Listen to clips here.

---
Kansas City Click: Over the Rhine return to Crosstown Station on Wednesday.

Buffalo Killers play garage rock at the Record Bar on Thursday.
Posted by Happy In Bag at 12:22 PM

I suppose then that Dan Marschak would fit right in at Jardine's. BTW, I imagine things might be a tad cramped at Max Weinberg later this fall.

Yes, BGO, Marschak is much like the L.A. version of K.C.'s Mark Lowrey.