The Years Have Changed You, Somehow 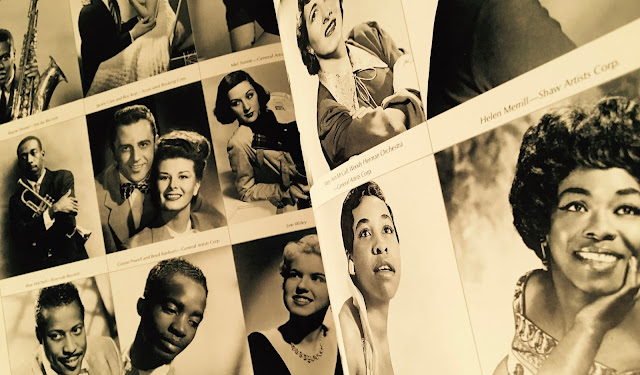 Is jazz corny?  The many people who think so aren’t necessarily wrong.  I regularly publish counterproductive screeds about wack forms of jazz.  Yet I’ve taken great pleasure in willy-nilly dips into a few of the ostensibly squarest recesses of the jazz archives during the pandemic.  Here’s a sampling of my rewarding discoveries.

Speaking of corny, get a load of this album title: A Singer, A Swinger, A Gasser!.  Yet there’s nothing hokey about vocalist Annie Ross’ 1959 collaboration with saxophonist Zoot Sims.  A straightforward reading of “I Don’t Want to Cry Anymore" is among the astonishingly moving tracks.

More exotica: the unfortunately titled “Chung King” from Guitar/Guitar, a 1963 pairing of Charlie Byrd and Herb Ellis, is an unorthodox trip.

A profound interpretation of “Sophisticated Lady” induced tears of ecstatic joy the first time I heard The Duo.  The privately commissioned 1999 meetup of pianist Mulgrew Miller and bassist Niels-Henning Ørsted Pedersen was recently made available to the general public.

My sincere admiration for Mac Miller’s new posthumous album Circles reflects my morbid fascination with recordings by dying musicians.  The jazz canon is loaded with devastating death knells.  I recently happened upon Lester Young’s Laughin’ to Keep from Cryin’, a session recorded 13 months before the saxophonist’s death in 1959.  The heroics of pianist Hank Jones can’t disguise Young’s agonizing frailty on “They Can’t Take That Away From Me”.


---
Four months ago, I bragged about buying a deeply discounted ticket to a Daniil Trifonov concert.  The presenter announced a date for the rescheduled performance: April 24, 2022!  Here’s hoping I’m still alive 21 months from now.

(Original image by There Stands the Glass.)
Posted by Happy In Bag at 10:31 AM