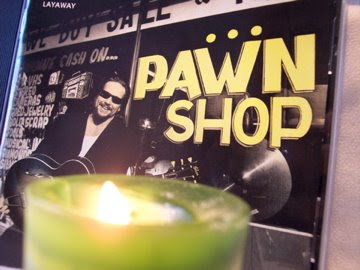 Robert Lucas was signing autographs the last time I saw him. He had just played a set with Canned Heat at a blues festival in Kansas City three or four years ago. I didn't catch the performance; I have a strong antipathy for recycled boogie. Yet I recall that image for two reasons. Almost every one of his fans was a biker. I was also struck by the thought that Lucas seemed far too young to be in the band. He was just 46 when he died Sunday. Layaway is one of several solid solo albums in which Lucas splits the difference between Howlin' Wolf and Tom Waits. (Tip via BGO.)

---
Richey Edwards of the Manic Street Preachers has been declared dead. It's a sad story. (Tip via BGO.)

---
I briefly ponder MURS, the Clash and the concept of selling out here.

---
Kansas City Click: I could stop at the Czar Bar after tonight's Kansas-Syracuse game to catch Ghosty.
Posted by Happy In Bag at 8:09 AM