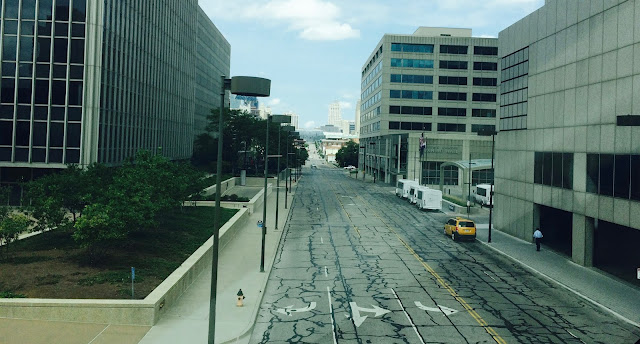 I’ve taken a beating in 2017.  Locally based rock musicians, rappers and jazz artists outraged by my criticism have repeatedly lashed out at me.  That’s fair.  If I dish it out, I have to be willing to endure the consequences.  Partly because I’m the only critic in Kansas City who regularly writes candid reviews of the albums and performances of area musicians, my opinions are often met with howls of shocked indignation.

I do it because I care.

Unlike peers who coddle the musicians who are their friends and neighbors, I gauge music by a single standard.  Using different metrics for locally based musicians would be disrespectful and condescending.  Yet I can’t cite a recent instance of another local observer who has publicly applied a censorious analysis to the music of a Kansas City artist.

Not only does unrelentingly breathless praise quickly become meaningless, the lack of objectivity has dire consequences.   When almost all of the coverage in an artist’s home market consists solely of rave reviews, there’s less incentive for improvement.

Aside from the rapper Tech N9ne, the blues-rock artist Samantha Fish, the pop-oriented Kawehi and the classical ensembles the Kansas City Chorale and the Kansas City Symphony, no locally based act has achieved a substantial national following during the last ten years.  A handful of other artists have had minor hits and/or prestigious label deals, but precious few are presently capable of attracting audiences of 250 or more in Chicago, Houston, Los Angeles or New York.

There’s a direct correlation between the dearth of frank criticism and the scarcity of Kansas City artists successfully competing at the national level.  I hope to see more truth-telling and less cheerleading in 2018.  Until then, I’ll resign myself to being perceived as a lone villain.

(Original image by There Stands the Glass.)
Posted by Happy In Bag at 9:01 AM

Breathless praise is useless to the people reading reviews. Thanks.

You're wrong about Kelela though. ;)

Lighten up. Just call em how you see em and let the chips land. You are doing a fine job, but like anyone that voice a opinion, objective or not, you're bound to get push back. From my chair, and subjectivity, would dispute your correlation between frank criticism and national success. I think you've overlooked several people from KC that are very successful internationally, Pat
Metheny, Kevin Mahogany, Deborah Brown, Vince, Herman Mahari, Logan Richardson, and. Any more. I also think that national, shouldn't be considered synonymous nor equivalent succees. And even if you're correct that no local
KC acts can draw a crowd of 500 in Chicago, what's the point? No one
Much cared for JS Bach in his day, especially the critics. Hell, Mozart couldn't even get a job. I can still make a small audience happy here in KC when I perform, and for me that is successful enough. I don't have eyes for competition, only communication, and even a two year old with very limited language skills can do that. Connection man. That is the grist for an artist. You are no villain. You are just sensitive. And yes there is much breathless among local critics. So. Keep it up. Your opinion is just as inciteful as mine, but your single standard is also a limitationand history shows that the critics were very surprised when Louis Armstrong came along with a new one. They were certain that the first American musical genius would be found among the classics, yet he proved that an improvised solo could could be every bit as profound as a imposed work. The 'do' tends to float.

My thumbs suck and my editing is atrocious.

Thanks for checking in, Todd.

It’s not easy to “lighten up” when you’re subject to character assassination and occasional bodily threats.

Note the modifier “during the last ten years.” Plenty of artists from the Kansas City area had previously established national followings.

I agree that there’s often no correlation between artistic merit and commercial success and that a “connection” is no less valid when it’s made for an audience of 25 rather than for a crowd of 250 or 2,500.

That said, this isn’t a jazz thing. The starry-eyed rappers, rockers and beatmakers who encounter my commentary are shooting for the moon.

Yes. Sorry. I read and then posted too quickly. Intention is important I believe, irregardless of style and genre, and the critic does have a tough job of analysis, as the the line between shooting for, and howling at the moon, which are subjective as hell, is often a gamble. I’m no fan of character assasination, though I’ve committed this act myself, and threats only
prove the lack of character and demonstrate limitations, so I advocate instructive and constructive approaches to critical analysis. I also believe in process as opposed to product, and prefer communication to competition, hoping that in this social milieu we can all live and learn. God Speed.