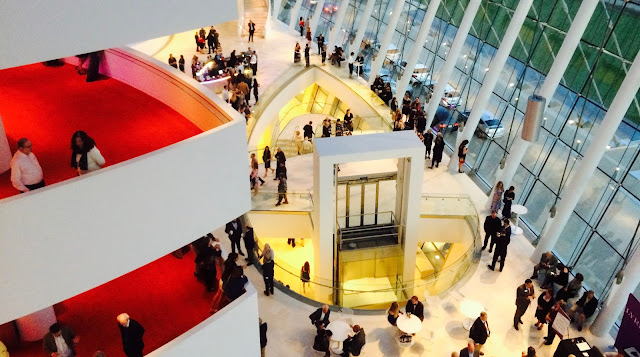 I glibly dismissed opera as a teenager.  When people asked me what types of music I liked, I’d respond by saying “everything but opera.”  The ignorant retort was based on my perception of opera as a bastion of privilege.  I didn’t actually attend an opera until about 15 years ago.

I rolled the dice when I bought four tickets to a production of Arrigo Boito’s “Mefistofele” at Teatro dell'Opera di Roma for the equivalent of $75 U.S. dollars.  I expected my young children to revolt after 30 minutes.  Instead, they were spellbound by the operatic portrayal of Satan.  I was similarly transfixed.  (There’s definitely something to the “when in Rome” trope.)

I’ve since begun listening to arias for pleasure, a development partly inspired by my interest in the dramatic rise to stardom of Joyce DiDonato, a fellow Kansan.  I spent $39 (plus the Kauffman Center for the Performing Arts’ regressive $6.50 add-on fee) for an upper balcony seat to the Lyric Opera of Kansas City’s production of Pyotr Ilyich Tchaikovsky’s “Eugene Onegin” on Saturday.

Spending big money to take in a glacially-paced three-hour Russian opera isn’t everyone’s idea of a solid Saturday night, a truth reflected by the spotty attendance.  A third of the seats in Muriel Kauffman Theatre were empty, a bad look for an opening night.

I would have adored almost every minute of the opera even if I didn’t have an entire row to myself.  The stellar performance of the Kansas City Symphony under the direction of Ari Pelto kept me riveted even when the flimsy plot dragged.  It didn’t hurt that I was smitten by Raquel González.  She was radiant in the role of Tatyana.  I also admired Steven Cole’s cameo as Monsieur Triquet and Jane Bunnell’s portrayal of Filipyevna.

The subtle lighting, sublime special effects and handsome sets transported me to Russia, a bewitchment that was broken by the heedless chatter just outside the theater doors that disrupted quiet segments of all three acts.  Nyet, nyet, nyet!

---
Not every reissue of vintage Afropop is worthwhile.  Vincent Ahehehinnou’s Best Woman seems like a desultory rehearsal.

---
“There’s a Flaw in My Flue”!  I finally got around to listening to Bob Dylan’s Triplicate.  He’s clearly trolling, and I love it anyway.

(Original image by There Stands the Glass.)
Posted by Happy In Bag at 2:33 PM

My wife and I attended the final performance of "Eugene Onegin" on Sunday afternoon, 8 October. The final act, where Tatiana rejects Eugene, was perfectly interrupted by a concert fire's cell phone. The conductor froze in a dramatic pause and the next word on the teleprompter was "Shame!"
Can't make this up, folks.