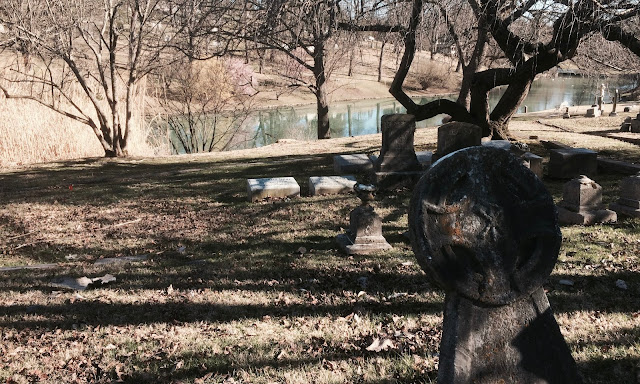 I’ve attended only two funerals in 2019.  That number is certain to multiply in the next several years.  Knowing that my end is also coming sooner rather than later, I spend a lot of time pondering death, grief and God.  I once would have dismissed Ghosteen, the stately new song cycle by Nick Cave & The Bad Seeds, as an exercise in morbidity.  Yet like everyone who has managed to stay alive for more than half a century, I’ve taken enough hits to make Cave’s unblinking musings on mortality entirely relatable  Ghosteen is grim but not macabre.  Cave admirably attempts to overcome melancholy without devaluing the source of his pain.  In treasuring the good that remains, he honors the memories of those he’s lost.  That’s the best any of us can do.

(Original image by There Stands the Glass.)
Posted by Happy In Bag at 11:45 AM