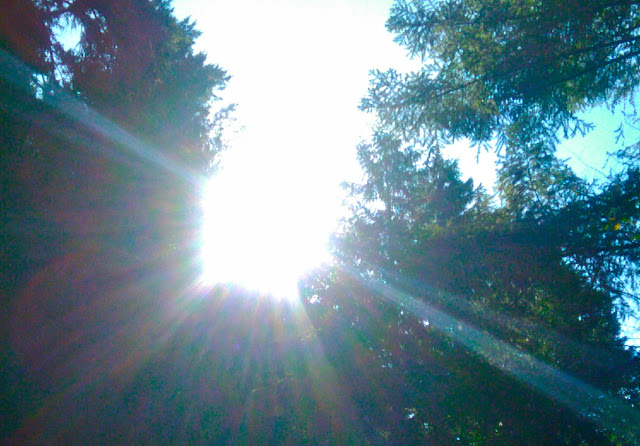 Perhaps I've been listening to too much electronica.

During the free Beethoven in the Village concert at Prairie Village Presbyterian Church last Sunday, I detected elements of dubstep in Symphony No. 5. in C minor, Op. 67.  Was Beethoven the first breakbeat artist?  Something about being teased with strands of melody before getting clobbered by a massive bass drop has been lighting up the pleasure centers of human brains for centuries.

While No. 5 invited ecstasy, a rendition of Mass in C Major, Op. 61 induced impatient squirming among the audience of about 1,000.  It seemingly goes on forever.  By the time the piece finally ended, every patron in the two pews directly in front of me had fled.  The novelty of hearing a 90-piece choir perform with an orchestra loaded with prominent musicians including violinist Elizabeth Suh Lane and percussionist Mark Lowry was no match for the church's thinly-padded seating.

The opportunity to stand during the closing Hymn to Joy came as a blessed relief.

---
The new promotional video for Wakarusa 2013 makes me want to drive in the opposite direction when the annual festival takes place next spring.  I didn't realize I harbored such a visceral dislike of the combination of dirty hippies, dubstep and tie-dye today's counterculture.

---
Macy Gray covered Talking Book.  And I like it.

---
I find the group-think receptions accorded to both good kid, m.A.A.d city and Kaleidoscope Dream extremely unappealing.  I eventually came around on Channel Orange- maybe that'll be the case with both of these universally acclaimed "album-of-the-year" candidates.

---
Kansas City Click: Troglodyte are among Gwar's opening acts Tuesday at the Beaumont.

The Black Lillies appear at Knuckleheads on Wednesday.

Mike Moreno performs at the Blue Room on Thursday.

(Original image by There Stands the Glass.)
Posted by Happy In Bag at 2:10 PM