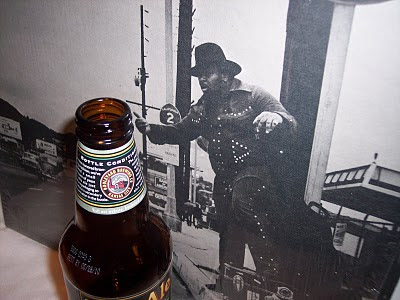 Heads up, There Stands the Glass readers! I received an Ion turntable for Christmas. While I was in no danger of running out of fresh material on CD, this gift will allow me to dig into my long neglected cache of vinyl.

The first album I reached for was Solomon Burke's hopelessly out-of-print We're Almost Home. I hadn't heard it in twenty years. It's possible that no one else has, either. If it wasn't for Robert Christgau's rude dismissal of the title, I'd think I had obtained some sort of private pressing. The production is pure 1972, but I kind of like those dated flourishes. And hearing Burke suggest, "You're gonna love my sweet ol' mother... I love her chicken and gravy" is priceless.

This is going to be fun.

---
Anyone who has tips about improving the fidelity from my new Ion is more than welcome to contact me with their suggestions. I don't mind the crackles and pops; it's the distortion that really bugs me. (I'm using EZ Audio Converter software on a Mac.)

---
I want two things from a year-end 2009 music list. It must be free of Animal Collective and it must force me to reappraise my assumptions and biases. (I recognize the contradiction.) A list identical to mine would be useless to me. For those reasons, the intriguing selections by Joe Caramanica of the New York Times is my favorite effort of the season. And keep in mind that I absolutely loathe his top pick.

---
James Gurley of Big Brother and the Holding Company died December 20. He was 69.

I intend to celebrate New Year's Eve a night early. Weather permitting, I'll be at Knuckleheads for Hot Club of Cowtown on Wednesday.
Posted by Happy In Bag at 8:01 AM

Maybe that'll give you some ideas.

I've set up an Ion for a buddy on PC, and I don't know much about how Macs work, but I don't think you can adjust volume with that EZ Converter software. Are you using Audacity with it? I'd see what the audio files look like there, but I think you have to make adjustments in the computer's audio device profiles rather than in the recording software.

I don't have the Tony Allen, Pere Ubu or the Caetano Veloso.

I own and enjoy the Major Lazer, Bob Dylan and Flaming Lips.

I'll look into the others.

I'll mess around with the volume settings, Steve. I don't have Audacity. I guess I should investigate. Thanks.

I got a vinyl ripper about a year ago in a fit of bluster and good intentions. Eventually I got overwhelmed with the librarianship needed: breaking an album into tracks, keying in titles, tags and whatnot. You seem more motivated than I ever was, however, so I have no doubt you'll enjoy it tremendously. (Audacity is free, BTW.) My first conversion for some reason was "Nick Lowe and his Cowboy Outfit."

Yeah, I kind of like the cumbersome ritual the process entails, BD. It's tailor made for geeks like me.

That reminds me- I have a batch of Stiff label vinyl calling my name...

Btw I believe there's a switch on the Ion that controls whether its audio outputs are phono level or line level. Having this setting wrong could be causing distortion if you're listening through a receiver, though I don't think it would affect the USB digital output.

cant wait to see what songs you pull out now man!

and that mulatu astatke album landed just outside my top 10. its wonderful.

The lists you and SteveO left are precisely what I dream about. I'm disinclined, for instance, to pay any attention to The Church or John Frusciante in 2009, but the exquisitely eclectic tastes you both reveal means I have to make the investment in time to audition them.

And I' listening to Mulatu Astatke at this very moment. Dope!

Thanks again, SteveO and BD, for the tips. I'll proceed accordingly.