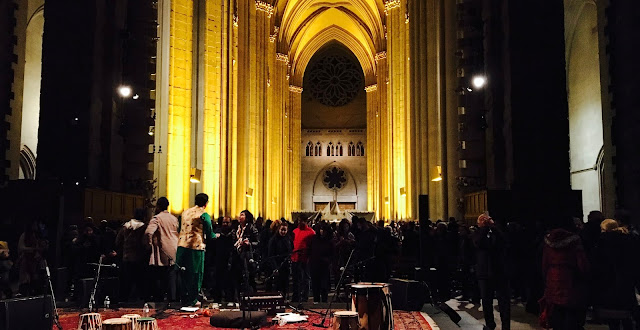 (Original image captured shortly after the conclusion of Riyaaz Qawwali’s concert by There Stands the Glass.)
Posted by Happy In Bag at 1:03 PM