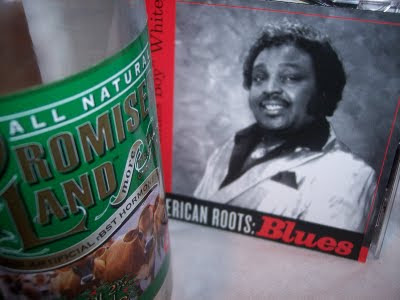 Back to the working week.

I lost much of my enthusiasm for Kansas City's annual Thanksgiving blues breakfast after I sustained an injury in 2007. The unfortunate combination of Stoli and Millie Jackson caught up with me a couple hours after the event. Still, I was saddened that the tradition has come to an end. As much as I'd like to think the organizers decided my absence last year was reason enough to give up the entire endeavor, I'm sure that other factors contributed to the end of an era. One of them, of course, is that many of the premier soul-blues artists have left this mortal coil. Johnny Adams, Clarence Carter, Tyrone Davis, Z.Z. Hill, Little Milton, Wilson Pickett and Johnnie Taylor are gone. At least Artie "Blues Boy" White, 72, is still among us. "The Night Before Payday" is from an album that isn't in Amazon's system. They do offer a few alternatives. It's too bad I won't be dancing to White this Thanksgiving. Missing the Stoli shots, however, is probably a blessing.

Ken Aldcroft joins the People's Liberation Big Band at the Record Bar on Sunday.
Posted by Happy In Bag at 3:36 PM