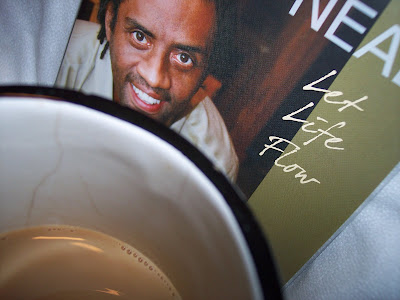 Echoes of Solomon Burke, Little Milton and Bobby "Blue" Bland abound on Let Life Flow. Too often, however, the production of the new release evokes the meticulously processed style of post-Nick of Time Bonnie Raitt.

The Slim Harpo-style shuffle of "Starlight Diamond" is typical. The performance is solid, but the woozy grit that makes Harpo's hits so wonderful is entirely absent. Still, Let Life Flow contains flashes of brilliance. "You've Got To Hurt Before You Heal," for example, shares the hard-won conviction of the Band's best ballads.

The 50-year-old's distinctive voice, remarkable musicianship and inspired songwriting could have combined to create a great album. As a result of its smooth production, however, Let Life Flow is merely good.

Something tells me that the cautious sheen of Let Life Flow evaporates on Neal's current tour. He's in Chicago on Friday, St. Louis on Saturday and at Kansas City's Knuckleheads on Sunday. And get this- he plays Moscow in September- Russia, not Idaho.

---
Did you catch Leavenworth native Melissa Etheridge's medley of "God Bless America"/"The Times They Are A-Changin'"/"Give Peace a Chance"/"Born In the U.S.A." last night? It made for good music, but I'm not sure if it translates into solid political policy...

---
Kansas City Click: I need a miracle! Bob Dylan is at the Uptown Theater tonight and I don't have a ticket.
Posted by Happy In Bag at 11:05 AM