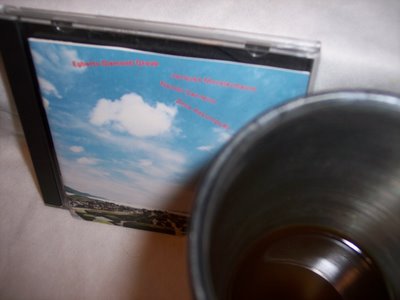 The dance is over.

One of the most intriguing concert bills I've attended in recent years paired experimental Brazilian guitarist Egberto Gismonti with several masters of Indian classical music. I didn't really know what to expect musically or socially. As I walked toward a downtown music hall I was stunned to see thousands of geeky suburban people (of which I'm one) lined up at the venue. "Dag," I thought, "World music has really caught on." It turned out that there was a Barenaked Ladies concert in the larger auditorium of the same building. During the lengthy show's intermissions the lobby of the old theater was a riot of Indian intellectuals and Brazilian funlovers in soccer jerseys, all of whom were complaining about the dull roar seeping through the walls from the Canadian rock band's show. This 1991 ECM release showcases Gismonti's manic guitar work in intricately arranged settings. Tellingly, "Danca No. 2" is the shortest track on the album.

---
Kansas City is bracing for a new sensory assault by Techn9ne. Download the new single "Bout Ta Bubble" here (warning- there's a skit and some hype at the end of the track). The hyphy-influenced song sounds for all the world like a hit.
Posted by Happy In Bag at 7:54 AM