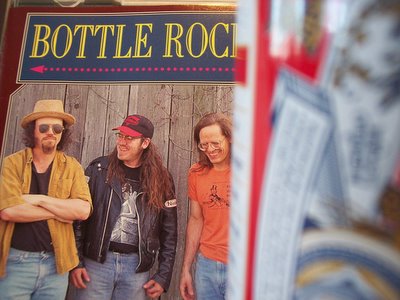 This flag waves no more.

Even more so than Uncle Tupelo, it was Brian Henneman's Bottle Rockets that epitomized the entire "No Depression" movement for me. Combining the honest aspects of Lynyrd Skynyrd and toughest elements of Merle Haggard, Bottle Rockets were arguably the best rock band in the world for a couple years in the early '90s. Henneman and company are still grinding it out, but they've lost momentum and Henneman's more recent material doesn't seem to have the same luster. This debut album, along with the outstanding Brooklyn Side, equal anything in the genre. Both seem to be out of print.
Posted by Happy In Bag at 6:52 AM

Gonna listen to it when I have the time... thx

"Get Down River" from Leftovers is an all-time fave of mine...