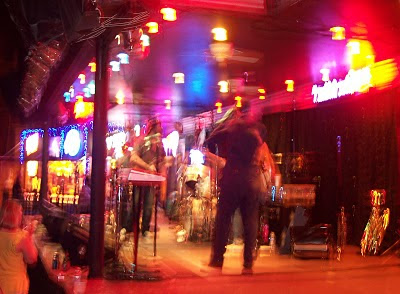 Tim Finn compiled a list of his favorite music venues yesterday. Although I conducted a similar exercise four years ago, both the landscape and my memory bank have since shifted. I couldn't resist posting an update that includes both existing and shuttered clubs.

My friend Chris likes to say that your favorite show can't be in an arena. I tend to agree. I've excluded all large rooms from my list. I included Lawrence venues mostly because my world was turned upside down at The Outhouse.

There's no such thing as a perfect venue. Take my top pick. The sound is spotty, the cover charge is often alarmingly high and patrons have a tendency to yammer incessantly. Even so, Knuckleheads is unique. It has a nice staff, offers cheap man-cans and maintains a solid, if somewhat monochromatic, calendar. (And there's this.)

While I ordinarily detest songs about marijuana, I've succumbed to Eric Church's "Smoke a Little Smoke". He'll sing it Thursday at the Independence Events Center.

(Original image by There Stands the Glass.)
Posted by Happy In Bag at 8:02 AM

Music Box, Downliner, Bottleneck. I suppose Cowtown Ballroom, Lawrence Opera House and Memorial Hall are all too large to qualify for your list, eh? Memorial Hall was (is?) my favorite place to see a concert.

The Bottleneck- that's an embarrassing oversight on my part.

Cowtown Ballroom is (sort of) included as El Torreon.

My first concert at Memorial Hall was The Kinks during their Low Budget tour. So fun!