The River City Rebels- No Easy Way Out 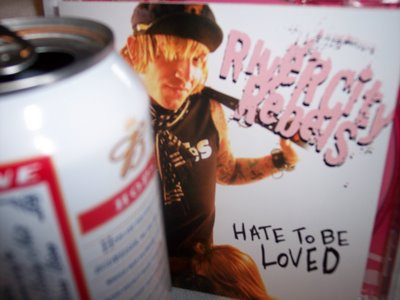 The song found its way out the door.

Punks hate this band like hipsters hate James Blunt. The River City Rebels have changed styles more than once, they act like arrogant buffoons, and they clearly don’t belong at Hot Topic. I first encountered them at the 2004 Warped Tour, where they taunted the kids who wandered past their set on a crummy side stage. While most of the bands that afternoon wanted to be Taking Back Sunday, the River City Rebels aspired to be The New York Dolls. And I like that. "No Easy Way Out" is from their 2004 release on Victory. Another song from that album, along with two other solid offerings, are available at their MySpace account.
Posted by Happy In Bag at 8:18 AM