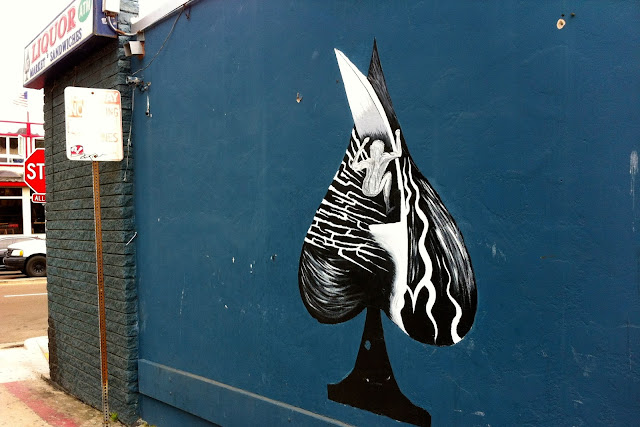 Jay-Z kept me out of a San Diego jail this week.

My otherwise perfect vacation rental is periodically sullied by a moronic gaggle of hard-partying teens across the alley.  They break out the beer bongs at 11 a.m.  (Fine by me.)  They start doing shots at 7 p.m.  (Whatever.)  The ear-piercing screaming resumes at 11 p.m.  (That's my bedtime after a sun-soaked day.)  The kids rally for a final bout of debauchery around 3 a.m.  (Not cool.)

Their excellent taste in music is the only reason those kids are still alive.  Although they look and act as if they'd listen to Wiz Khalifa or Mac Miller, the oblivious knuckleheads bump nothing but Magna Carta... Holy Grail.  I'm more inclined to ask them to stop shouting over Jay-Z than to impale them with beach umbrellas.

Once or twice, when I know they're in recovery mode, I've hit 'em with Grippy Grappa, the excellently-titled new album by the Cypriot band Monsieur Doumani.  Imagine Gogol Bordello and the ghost of Herbie Mann on an ouzo bender.  Check out "The System" and "Young Upwardly-Mobile Professional".  I've never been to Greece, let alone Cypress, but Grippy Grappa allows me to better relate to the people of the financially distressed region.

Here's a proper review of Grippy Grappy in Sing Out! magazine.

---
Radkey is the subject of a solid feature from Noisey.

---
Jordan Geiger of Hospital Ships shares a few of his favorite recordings.

---
"Sauce Remix" by One is RIYL: Landmark Entertainment, The Popper, James Christos.  (Via Tony's Kansas City.)

---
Care to know what's not cool or played-out in hip-hop?  Here's a "Banned Artists/Track List for a room at turntable.fm.  I like over a third of the banned items on the elitists' list.

---
The collaboration between Elvis Costello and the Roots sounds exactly like you'd think it would sound.

---
George Duke's Dream Weaver has sublime moments mixed among the cheese.  (And I kind of like the cheese.)  RIYL: George Duke, Al Kooper, George Clinton.

---
The music video for Kanye West's "Black Skinhead" flies over my head.

(Original image by There Stands the Glass.)
Posted by Happy In Bag at 5:30 PM