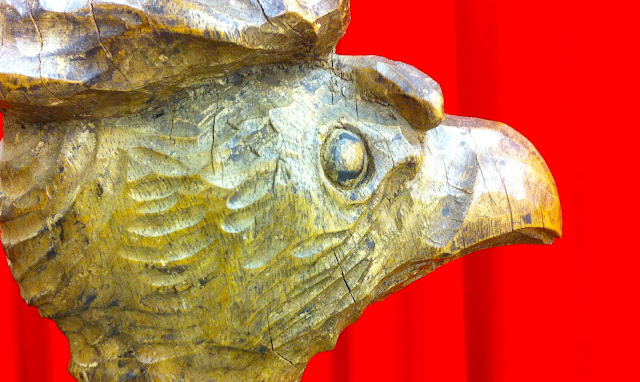 Jama Ko, the new album by Bassekou Kouyate, is currently ranked #2,809 on Amazon's music sales chart.  That's a respectable achievement for a Malian musician, but I'm rooting for it to become a true crossover hit along the lines of King Sunny Adé's Juju Music and Ali Farke Touré's Talking Timbuktu.  Most of the plentiful rave reviews of Jama Ko- an album as stunning as it is enjoyable- emphasize the project's awful backstory.  Here's a typical analysis.  Knowledge of the terribly disturbing Malian siege adds context to Jama Ko, but the music transcends all political and social considerations.   The official 85-second EPK doesn't really get the job done.  A gorgeous music video for the title track is much more effective at conveying the sensuous quality of the album.


---
Cedric Brooks of the Skatalites has died.

---
Who's willing to join me at the Missouri Big Ass Rock Festival?

---
In hindsight, I should have been even harsher in my review of T.I.'s April concert at the Sprint Center.  He phoned it in.  The show would have so much better if T.I. and B.o.B could have been bothered to perform the strong new "Memories Back Then".

---
"Down In the Dirt" is the first new Black Flag song in over two decades.

---
I'll be darned if Volbeat's Outlaw Gentlemen and Shady Ladies isn't one of the most listenable rock albums of 2013.  RIYL: Social Distortion, melody, Metallica's radio hits.

---
Kansas City Click: iamdynamite is Tuesday's headliner at the RecordBar.

(Original image by There Stands the Glass.)
Posted by Happy In Bag at 6:48 PM