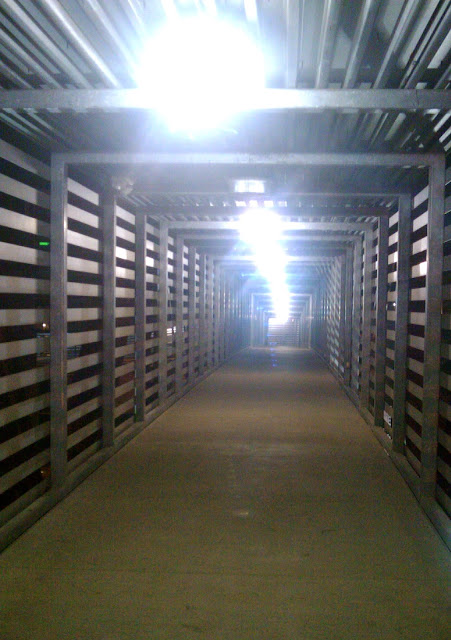 What if dubstep was… you know, good?  The stylistic upgrade might require a producer with an institutional memory of music history that didn't begin with the inception of SoundCloud.  A person with a deep appreciation of U-Roy, Esther Phillips, It Takes a Nation of Millions to Hold Us Back and grime might be capable of making the basic components of dubstep sound interesting.  DJ Muggs to the rescue.  His mind-bending new album Bass For Your Face makes a case for dubstep as an artistically fertile genre.

Muggs, of course, is one of the primary architects of hip hop.  As an integral creative force in Cypress Hill and as a groundbreaking producer for a multitude of additional acts, Muggs is a walking sonic encyclopedia.  Bass For Your Face is a multifarious set of songs held together by a fat bottom end.

Several hip hop stars join Muggs in bridging the divide between hip hop and dubstep.  Freddie Gibbs adds an ominous voicing to the opening track "Trapp Assassin."  "Snap Ya Neck Back" features Dizzee Rascal.  A heavily processed Danny Brown appears on "Headfirst."  Perhaps most significantly, Public Enemy's Chuck D and the dude from (hed) p.e. rap over a dubstep beat on "Wikid."  (I could be one of the few people on earth who's truly excited by this unlikely combination.)

The haunted dub of "Deep Purple" leads into "Shotta," a track that incorporates dancehall, jazz and EDM.  "Come On London" sounds like a joyful Brixton riot.  "Safe" could be mistaken for a remixed Rihanna track.  It's a bumpy ride.  Yet thanks to Muggs, 2013 marks the year in which I learned to stop worrying and love dubstep.

DJ Muggs discusses the project here.  Bass For Your Face will be released on January 15.

---
Watch a metal dude work himself into a lather while splitting hairs.  I'm pretty sure that I sound just like this guy most of the time.

---
As I suggested in 2012, the future looks bright for Kirby Kaiser.  Her "Every Time" is RIYL Darlene Love, Amy Winehouse, Phil Spector.

---
I didn't attend Father John Misty's show in Lawrence last night.  This excellent fan footage indicates that I made a big mistake.

---
John Coltrane and Miles Davis are in Chan Marshall's bag.

---
Here's the obligatory mention of David Bowie.  For the record, I love his new "Where Are We Now?".

Rich Hill appears at the Majestic on Wednesday.

(Original image by There Stands the Glass.)
Posted by Happy In Bag at 10:58 AM

I can attest to the Father John Misty show being really, really great. J. Tillman is also pretty hilarious which made for interesting between song stage banter.

It's refreshing to see a folk-based act actually having fun on stage, Matt.

The problem isn't dubstep. the problem is DJs calling what they play dubstep without knowing what it is. Burial's two EPs that came out this year are as great as he was before the term was compromised.

I'm listening to Burial's Loner as I type these words, Steve. I like it. It reminds me of the similarly scratchy ambient electronica of Pole. I suspect Muggs has heard this stuff as well.

Yeah I like Pole. (!) All joking aside, it's probably best that these styles miscegenate. Despite my earlier comment, drawing a line around dubstep is a bad idea. I just think that adding a wobbly synth bass to whatever and calling it dubstep is silly. I guess that's why someone came up with the term brostep, which I think is hilarious.