Review: Bentcousin- Everybody's Got One 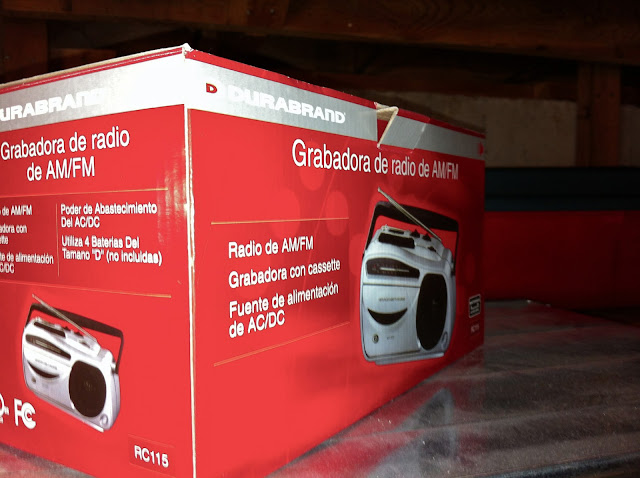 Everybody's Got One, the new six-song EP by Bentcousin, is a mess.  And I love it.  The bum notes and questionable production values make the British duo's ramshackle project all the more charming.

On the opening track "Bentpaperboy," Amelia Innit gently croons lines like "I never met a Catholic that I didn't like."  The ingratiating acoustic piece recalls the dry wit of Belle and Sebastian.  Amelia's twin brother Pat admires a girl named "Susan" and "my favorite LP" on the chaotic rocker "Slade."  "I Quit You" is a feisty duet in which a modern-day Eliza Doolittle asserts her independence.  "You went out drinking when she had the flu!" Amelia sneers on the delightful "I Think I Like Your Girlfriend More Than You".

The modest Everybody's Got One is precisely the type of hidden gem that replenishes my faith in the giddy power of popular music.  I recommend it to aficionados of Billy Bragg's love songs, the lighthearted side of the Mekons and the enthusiasm of Frank Turner.  Everybody's Got One will be released in February.

---
Here's a tease from Kanrocksas.

---
My friend K.S. turned me on to Wichita's The Travel Guide.  RIYL: Indie kids bashing away in a basement.

---
Steve Pick's insightful review of Jimbo Mathus' White Buffalo suggests that the album resembles an inferior version of Exile On Main Street.  It reminds me of a Joe Grushecky album.  That's a good thing.

---
I first heard the Eddie Fisher Quintet's The Third Cup this week.  RIYL: Wes, Grant and George.  (Via Euclid Records.)

---
ASAP Rocky's LoveLiveA$AP is the most immediately sonically rewarding album I've heard in a while.  It's a fun listen but I'm not convinced that I'll still be enamored of it come December.

---
I've been riding shotgun on the Emily Armstrong bandwagon for about a year.  Hear what she does with "Gone Away".

---
Yes, I'm a hypocrite.  I'm offended by this promotional video for Jazz Fest.  It seems wrong to use a brass band's music to pitch the likes of Billy Joel, Fleetood Mac, DMB and Maroon 5.

---
Here's the sonic representation of my Facebook news feed.  (Not that I didn't sign up for it…)

(Original image by There Stands the Glass.)
Posted by Happy In Bag at 3:45 PM

I know JazzFest is good for the economy there, and part of me wants them to succeed, but I agree, that clip is appalling.

Thanks for the confirmation, Steve.

I'd love to see Fleetwood Mac, Willie Nelson and Frank Ocean in the context of Jazz Fest. Their presence as headliners doesn't bother me.

It's the appropriation of the music of NOLA to pitch those acts that strikes me as crass.