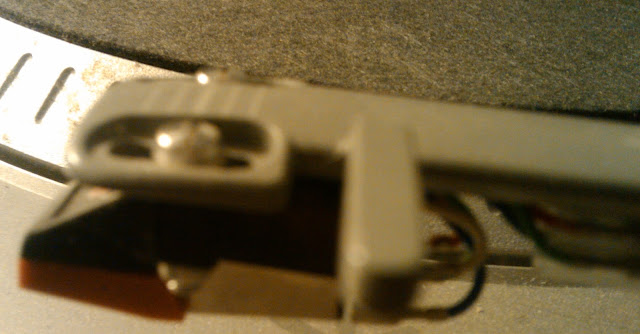 I love the Rolling Stones.  The sentiment is all but mandatory for red-blooded Midwestern white guys born the 1960s.  I treasure my vinyl copies of Exile On Main Street, Sticky Fingers, Some Girls and Between the Buttons.  The boys were great all three times I've seen 'em.

Listening to Buddy Guy's new Live At Legends, however, made me realize that I don't need to experience the Stones' current tour.  I'd be better served by catching Guy again.  His histrionics and showboating have annoyed me in the past but I'm now willing to accept those excesses.  Besides, Guy's antics are certainly no less overwrought than those of Jagger and Richards.

It may seem difficult to muster much enthusiasm for yet another new live album by Buddy Guy, but I'll be damned if the 2010 material documented on Live at Legends doesn't demonstrate that he continues to pack a powerful punch.  The fiercest guitar solos on the album sound like a bushel of rusty barbed wire being dumped into a trash bin.  The unusual mix on the live tracks places the listener on stage with the band.  It's weird, but I like it.  The set concludes with a few worthwhile studio tracks.

Guy, it's safe to say, is a more vital artistic presence in 2013 than the Stones.  In a hypothetical battle of the bands, only the Stones' superior material would allow them to remain competitive with Guy.

---
I remain convinced that Donta Slusha's "Check My Posture" is the definitive song of contemporary Kansas City.  "KC's the town, mayne!"

---
When (my) worlds collide: On the Dance Floor features Enrico Rava's interpretations of MJ's catalog.

(Original image by There Stands the Glass.)
Posted by Happy In Bag at 3:13 PM