Where the Bands Are 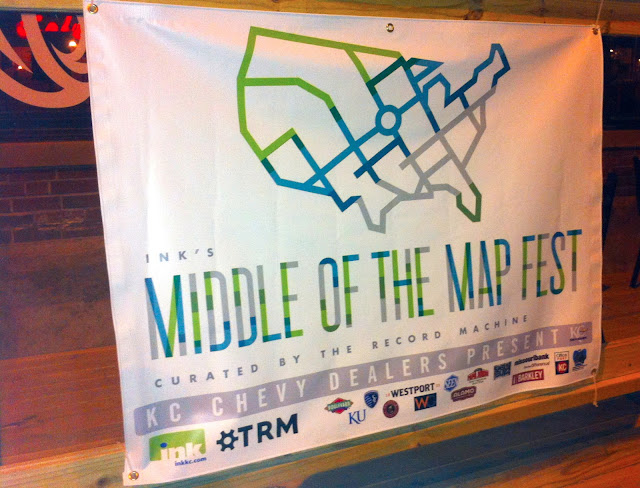 I didn't know whether to laugh or cry after I witnessed a professional music presenter lament the diminishing "culture of supporting live music" earlier this week.  My friend was addressing an audience of less than two dozen people as he introduced a five-piece band.  An hour later I began jockeying for position at several crowded nightclubs in Westport.  Elsewhere in Kansas City that evening, Icelandic band Sigur Rós performed to a reported 4,500 fans at Starlight Theatre while the Kansas City Jazz Orchestra, an ensemble that regular attracts 1,000 people at its concerts, appeared at Helzberg Hall.  I need to invite my myopic pal out for a night on the town.


---
Here's my coverage of day one and day two of the Middle of the Map festival.  My five favorite performances so far?  The Appleseed Cast, Dutch Newman, Grizzly Bear, Owen Pallett and the Last Bison.

---
A television station documents a performance by Diane "Mama" Ray.

---
Dwight Frizzell made a promotional video for his chamber opera Darwin.

(Original image by There Stands the Glass.)
Posted by Happy In Bag at 11:08 AM