What Am I Doing New Year's Eve? 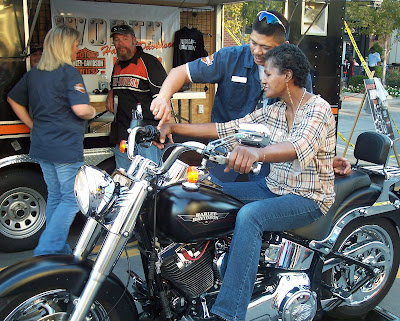 Maybe it's much too early in the game but I thought I'd ask you just the same.

I go out a lot. Last night I caught a jazz band at a club in south Kansas City. So why not close out 2010 with yet another live music event?

Ornette Coleman, the Flaming Lips, Janelle Monae, Os Mutantes and Nancy Wilson aren't in town on December 31, so I'll have to make do with what's actually on tap at Kansas City's live music emporiums. Because I just can't bring myself to consider a cover band or a DJ no matter how much I like the club that's featuring them, the seven most palatable New Year's Eve options follow.

Please help me decide. Let me worry about cabs, cover charges and my date's musical interests. (Hint: She loathes Coalesce.)

My December 31 is in your hands.

---
While I don't put much stock in the Grammy Awards, I was pleased that the artist I refer to as "The One" received a Best New Artist nomination.

---
Stik Figa's "From the Top" video biography is very nice. His new EP is available as a free download at Bandcamp.

The reunited Hadacol is one of three acts on Friday's bill at Crosstown Station.

The Peoples Liberation Big Band is featured at the Record Bar on Sunday.

(Random image by There Stands the Glass.)
Posted by Happy In Bag at 9:35 AM

Too bad that Uncomfortably Numb band isn't playing in town.

That Republic Tigers show seems to be incredibly reasonably priced for NYE (I think only $10 or $15). Of course, we've gotta vote for Crosstown Station show! We've got two sets, it's gonna sound great, DJ P upstairs when you need a break, and they've got free champagne, a balloon drop, AND (most importantly) shuttle service to a couple of different spots.

Ignore what I wrote. All lies!

I just learned that Bobby Watson tickets are $75 each or two for $125. Gates BBQ comes with the package, but all the Gates was gone by the time I lined up for food at the album release concert at the same venue in October.

Knucks is always good, and the Beaumont would be in my budget, especially if they let me sneak out to buy tacos at that place across the street...

So, Hearts of Darkness- what's your cover charge?

---
Uncomfortably Numb- I would totally pay $5 to see those guys at the Riot Room.