Don’t You Wonder Sometimes About Sound and Vision 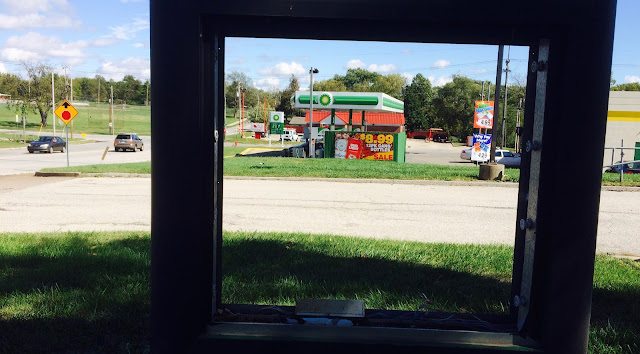 My eyes and ears played tricks on me yesterday.  The day of disorientation began when I encountered a gif that prompts an auditory hallucination.  My lunch break was stranger still.  I’ve mocked Taylor Swift’s irritating artifice for years, yet I quickly succumbed to the tactical pop brilliance of her chart-topping Reputation during the noon hour.  I surrender!

I was torn between concurrent concerts by Kodak Black at the Midland theater and the Wood Brothers at the Truman as darkness fell and a bitter wind beset Kansas City.  There are few things I love more than attending shows by artists at their artistic and commercial peak.  I suspect that’s the case with the young rapper behind the momentous “No Flockin’”.  Yet I went with the Wood Brothers, in part because I heard John Medeski- Chris Wood’s bandmate in Medeski Martin & Wood- perform with Hudson in October (my review).

The stab at symmetry failed.  Even though I admired the Wood Brothers’ effort and approach, the trio left me cold.  I felt as if the audience of about 600 was listening to an outstanding backing band akin to Booker T. and the M.G.s or the E Street Band riffing while waiting in vain for Otis Redding or Bruce Springsteen to show up.  David Bowie rescued me on the drive home.  “Sound and Vision” popped up soon after I hit shuffle on a 16-hour playlist of my favorite songs.  At the end of an unsettling day, I needed his admonition to appreciate the resplendent “gift of sound and vision.”


---
I revealed my favorite jazz albums and jazz performances of 2017 at Plastic Sax.

---
Björk’s Utopia resembles the soundtrack to a fully immersive experience at Disneyland in the year 2033.

---
A concert featuring Ron Miles and Bill Frisell almost put me to sleep in April.  Miles’ I Am a Man, an album that features Frisell, Thomas Morgan and Brian Blade, is entirely invigorating.

---
Even when paired with magnificent talent, noble intentions don’t necessarily make for good music.  Mavis Staples’ cloying If All I Was Was Black is RIYL Sweet Honey in the Rock, resistance, Curtis Mayfield.

(Original image by There Stands the Glass.)
Posted by Happy In Bag at 11:16 AM