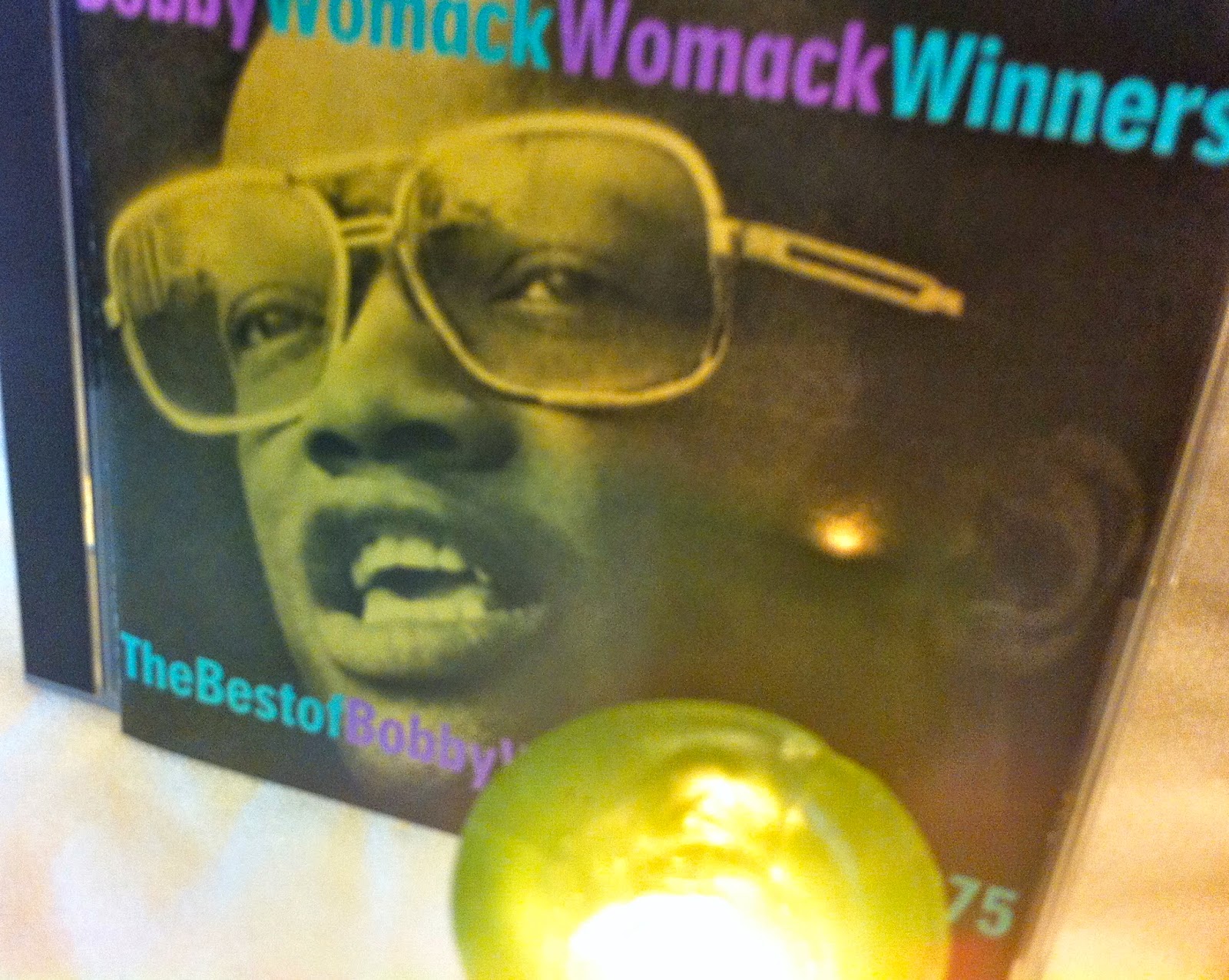 I was late to Bobby Womack's party.  By the time I purchased the CD pictured above in the early '90s, I'd already become conversant with the works of most soul greats.  Hearing songs like "Lookin' For a Love," "That's the Way I Feel About Cha" and "Across 110th Street" for the first time was stunning.  I wondered how these gems weren't played alongside familiar radio hits by James Brown and Al Green.  After finally catching up with Womack, I was able to enjoy subsequent albums as new releases.  Womack died last week.  Here's Raphael Saadiq's new tribute song.

---
I yakked about music on KCUR's Up To Date last week.  Here's the stream.

---
Here's the trailer for Arrows Into Infinity, a new documentary about Charles Lloyd.

---
I'm a Led Zeppelin freak but I'm not an apologist.  Here's essential documentation of LedZep's transgressions.  The insidious ads are a small price to pay.  (Tip via There Stands the Glass reader Phil.)

---
Jimmy Cobb's The Original Mob bores me to tears.  I suppose that makes me a bad person.

---
It's not exactly funky, but Worry Later by the unapologetically geeky jazz trio of Ben Goldberg, Adam Levy and Smith Dobson is a sublime tribute to Monk.

---
It takes 2 hours and 35 minutes to play the new compilation Role: New Sounds of Brazil.  Much of it is exemplary.

(Original image by There Stands the Glass.)
Posted by Happy In Bag at 4:43 PM